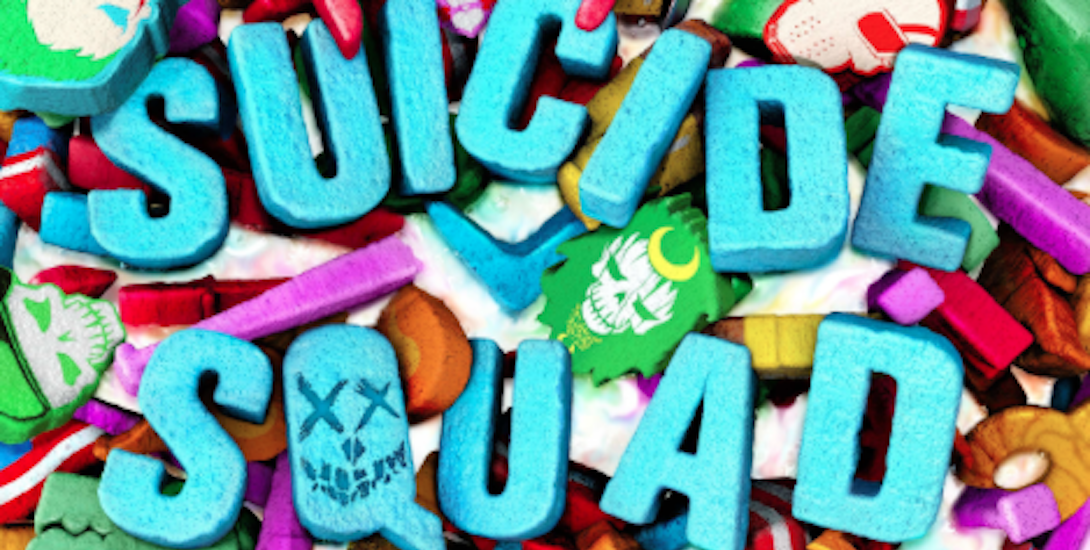 If you’re a fan of the comics you know what Suicide Squad is about. Amanda Waller, connected with the government, creates Task Force X: a group of the baddest of the bad to carry out deeds to protect the world against what she believes is “rogue” superheroes. These baddies don’t go willingly though, and so Amanda implanted small explosives in their neck and when they try to escape or disobey orders…pop goes the weasel.

The task of the Squad? To stop the Enchantress from taking over the world after she escapes Waller’s control. The side story? Joker tries to grab Harley Quinn from Amanda’s grasp. I won’t go into too much detail for those of you who haven’t seen the movie yet.

The Fresh Prince of Deadshot

Will Smith does an incredible job of playing Floyd Lawton, aka Deadshot, but he does have his faults. Deadshot himself is an incredible character who has never missed a single shot as a hitman. The lengths he goes to to get his kill is extraordinary and quite cunning. The story itself in the film focuses a lot around Floyd and his daughter Zoe.

Sometimes the film gets a little too Deadshot and Harley heavy but it works out for the best. Will Smith was also a little too much just himself in this role. He seemed too much more of himself than Deadshot in certain scenes. Deadshot himself can be funny, but Smith takes great lengths to make him even funnier which has some fans in an uproar from the traditional stern Deadshot we’ve seen in various forms such as Rocksteady’s Arkham Knight game.

The Clown Princess of Crime

Harley Quinn, the Joker’s on-again, off-again girlfriend. In this flick though they are seriously ON. Both Jared Leto’s Joker and Margot Robbie’s Harley are very different than what we are used to in the 90s BTAS and comics. SPOILER: If you haven’t seen any of the flashbacks or behind-the-scenes footage, there are glimpses of Harley’s original jester costume which was AMAZING for viewers who prefer the original Harley look. There is also an homage to Alex Ross’s famous photo of the Clown Prince and Princess in the film which added a perfect touch to the Harley flashback scene.

For Harley’s first silver screen portrayal, we get a mix of classic Harley antics and New 52. Robbie does well to mix the two and the character came off great. She’s not perfect, but then again not everyone can be Ryan Reynolds (hint, I’m not talking about Green Lantern either). Robbie didn’t have enough of the Harley personality which came off as a legitimate attempt but yet just wasn’t quite there. The portrayal of Joker and Harley’s relationship is also up for controversy with the newest trend of their #RelationshipGoals and Joker seeming so infatuated with her. David Ayer and WB were hesitant to include a lot of the footage shot for the movie in fear of the audience backlash showing relationship abuse (but let’s face it we all know how the relationship truly is but alas there are bandwagons out there…), so what we get is Joker obsessing over Harley like he can’t live without her, and even saving her life pushing her out of a doomed helicopter that he ultimately goes down with. Hardcore fans know that this version of their relationship is nothing like the comics. Joker would rather kill Harley when he doesn’t need her and constantly ignores her. Harley herself would go to great lengths to bust out her Puddin’, but Joker? Nah, he would just leave her there and not think a thing about it.

WARNING: RANT AHEAD. As a Harley Quinn purist and expert on the duo I am a classic person. I wanted original Harley with her high squeaky Brooklyn accent and jester costume but times have changed. They could have at least kept the original black and red colors though instead of switching to pink and blue.

Not much of the story is centered around the other central characters of the Squad. We get some backstory on El Diablo, and how Captain Boomerang, Killer Croc, Rick Flagg and Enchantress end up in Belle Reve but not much more than that. Hopefully with a sequel we will get more screen time and backstory with these characters and not just centered around Deadshot, Harley, and presumably Joker.

If you’re looking for a lot of Jared Leto’s Joker, or even Affleck’s Batman, don’t bother. The Joker is in a good bit of the story but not as much as people would like but that’s acceptable because JOKER IS NOT PART OF THE SUICIDE SQUAD! By the looks of it, Joker was only put in there for ratings, hype, and a small side story since you can’t have Harley’s first appearance without Joker. Joker is portrayed as a “new-age” gangster with his many gold chains, tats, and basketball shorts. Leto does a fantastic job, he portrays the Joker a lot differently than what we have seen in the past. He’s set the bar for a different Joker, since he is not like either Nicholson or Ledger. With not being in the movie much we hope to see more of Leto’s Joker in Ben Affleck’s upcoming solo film. Affleck himself is only basically a cameo role and probably on screen for maybe all of 3 minutes.

The movie itself is based on the Suicide Squad New 52 which started back in 2011. Many characters since the Squad’s inception in 1959 were left out of the movie or completely forgotten now altogether. For certain Rick Flagg is the only original member in the movie. Maybe with upcoming and hopeful sequels we will see some original members and not just the New 52/ Rebirth Squad.

This film is a MUST-SEE for those DC fans out there. It’s different from any other DC film we’ve seen before and has equal parts of dark and light. Each character’s portrayal is on point, a comic right out of the pages onto the screen. Don’t believe everything Rotten Tomatoes and the critics say. This film will possibly bring DC back on top to compete with the Marvel films. This movie, for it’s lack of Rated-R, is our Deadpool. Suicide Squad has successfully reached the top of the box office for 3 weeks straight since its release. The soundtrack is even stellar with Twenty One Pilots’ Heathens, Panic! At the Disco’s cover of the infamous Bohemian Rhapsody, and Rick Ross ft. Skrillex’s Purple Lamborghini is top of the charts. If DC keeps going in this direction the familiar sting of crap films can be soothed and redeemed.