Mark Hamill, the voice of the Joker

The long-awaited film adaptation of The Killing Joke had finally been released after a special theater showing on July 25th and 26th. Those who got to enjoy the film during the theater screening saw it a day before the DVD/Blu-Ray release (Yes, lucky you SDCC people who saw it before anybody else and tried to spoil it on multiple social media sites.) The Killing Joke brings back the God of Jokers, Mark Hamill, and the iconic Batman voice of Kevin Conroy. The reunion of these two brilliant voice actors sent fans into a frenzy of glorious ecstasy and made this movie the (almost) perfect comic-to-film adaptation. But let’s take a look at the pros and cons of this beloved film. 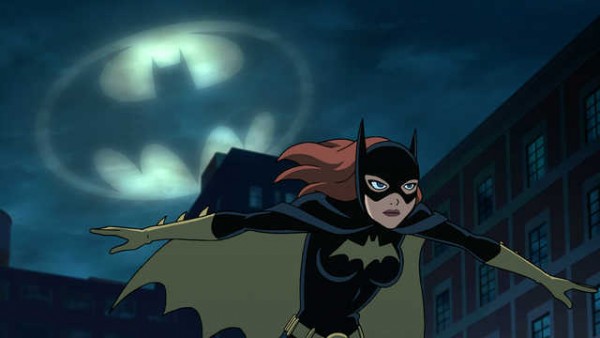 Fans went into a royal rage over the “sex-scene” in the beginning of the movie. The entire beginning was a flashback of sorts until we reach the actual opening of the comic story. Some experts and fan-theorists say this beginning homage was relevant to an off-handed scene in a Batman: The Animated Series (or BTAS for those avid fans) episode. The sex itself isn’t shown but there’s a lot of ass-grabbing, tongue-twisting, and Babs takes off her top. That and she outright admits it later on. The first probably 20 minutes of this film has absolutely nothing, nada to do with the Killing Joke story. Was this whole whiny beginning from Barbar aka Batgirl just to show us why Batman felt so deeply about her eventual spinal crippling? 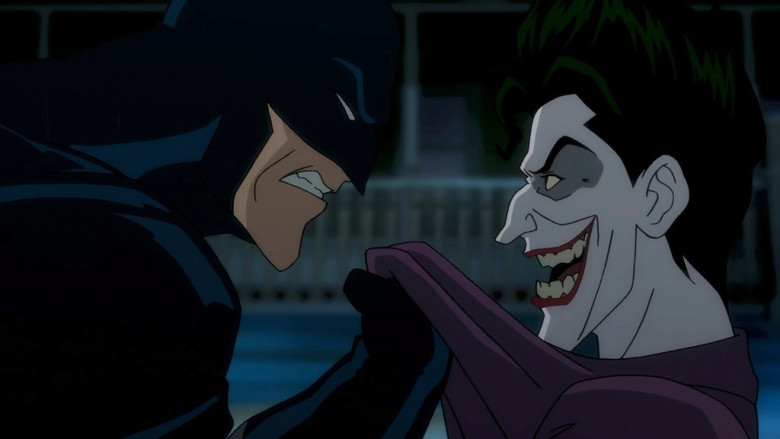 Batman confronts the Joker in ‘Batman: The Killing Joke’.

Aside from the mind-crippling (haha crippling…yes, I tried a pun) beginning of Batgirl’s constant whining and weird sex-scene the movie was absolutely brilliant! The film stayed true to comic form, more so than Watchmen or The Dark Knight Returns, which were the closest adaptations to their source material at this point in time until this film. Mark Hamill does a brilliant job transforming the man the Joker once was into the Clown Prince of Crime himself. He captures the desperation Joker feels and then the sense of being scared and trapped in a robbery gig he can’t get out of once his beloved Jeanne dies. Kevin Conroy also does a brilliant job bringing the Dark Knight back to life and we see a much darker side of him like in the Arkham game series.

For a Rated-R flick the movie wasn’t as bad as I thought it was going to be in terms of speech and horrid scenes. For one thing, in the comic we see a lot more of Commissioner Gordon when he’s stripped naked, but that’s not shown in the film at all. I also thought the pictures would be much more morbid like they were in the comic, but it was more toned down. Mark Hamill himself tweeted on May 3rd after watching the final cut that this movie is certainly not for kids:

I also heard a bit of outrage on social media and even in the theater itself on how the movie ended. Here’s a tip: that’s how the actual comic ends. Joker tells a joke, Batman laughs at his joke for the first time, and the scene fades away into the rain. There isn’t much more to read into people (actually there is but that’s for another time this is just a review of the film itself.) 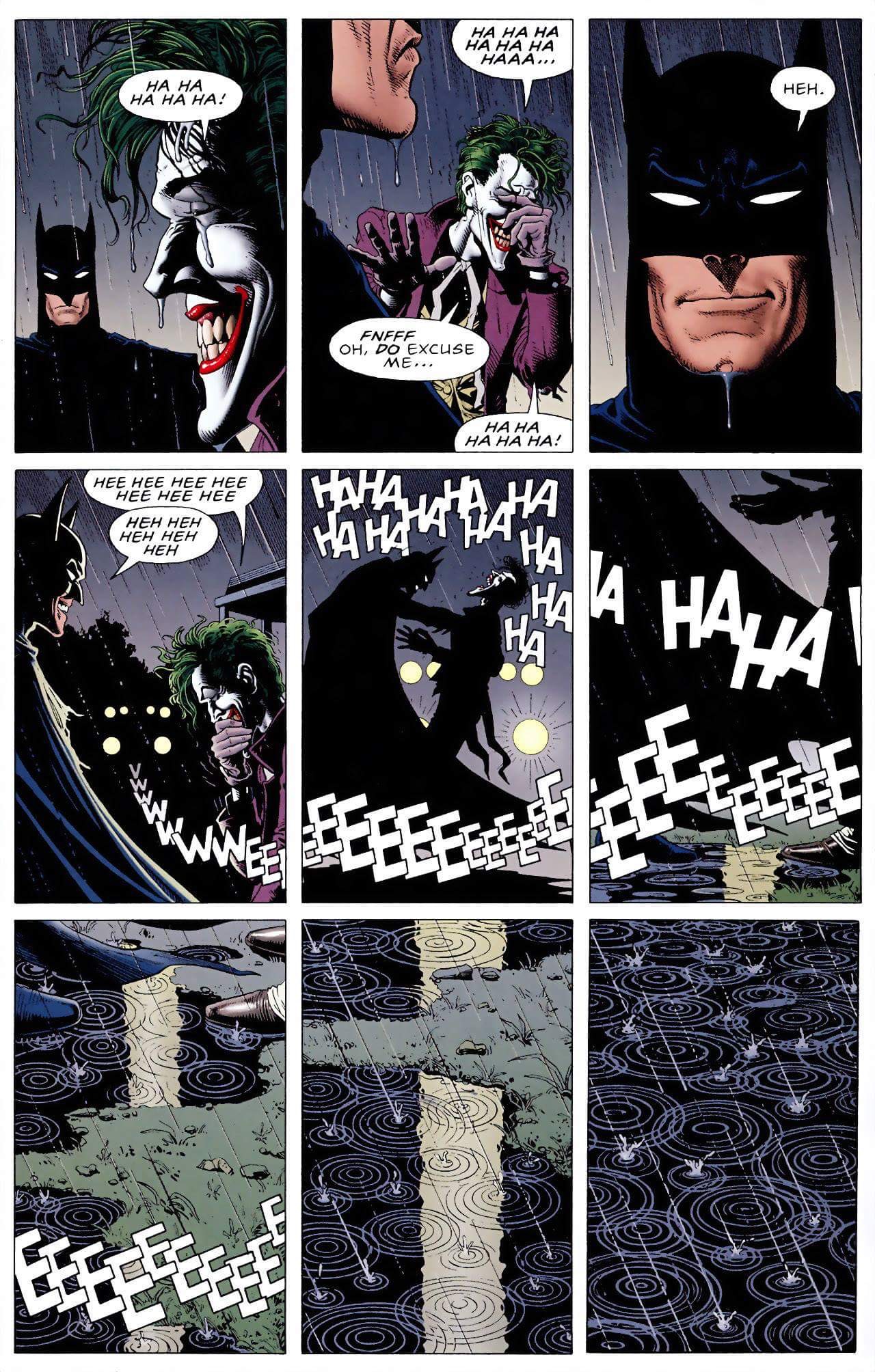 The final page of the 1988 graphic novel, The Killing Joke

All-in-all this film was brilliant and stunning. If you get past the Batgirl-hiccup in the beginning this film is top of the charts where Batman (and quite possibly all DC animated films) are considered.