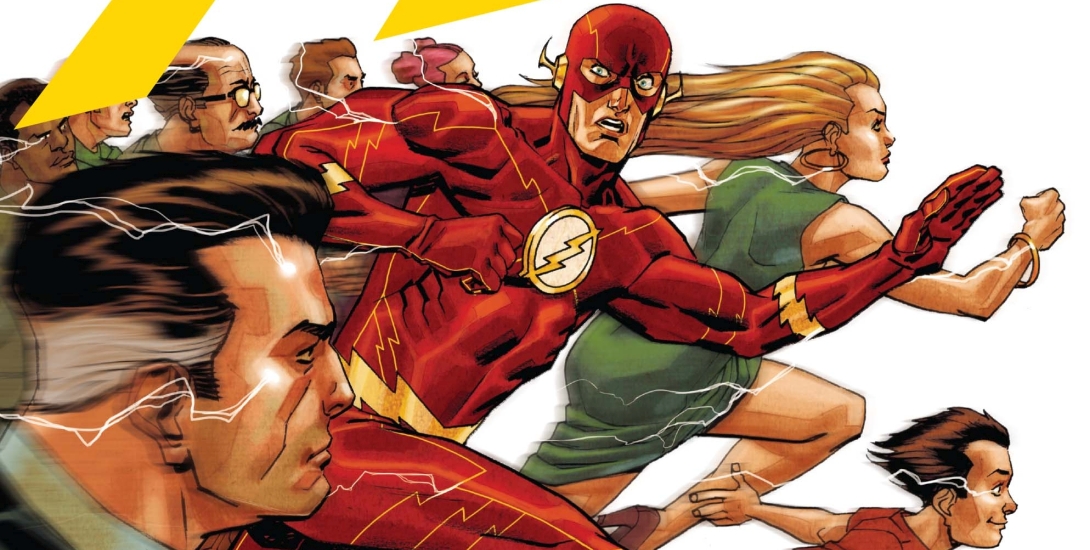 Being a comic book collector can be expensive. Many comics that are sought after by collectors can be worth a fortune, however this particular comic is selling for a fortune like no other.

Ebay seller ‘shanecomics‘ is selling a truly one of a kind comic, and that is his CGC Graded copy of Flash Comics #1 (Ashcan Edition). Those of you who know your Flash comics will know that there are only six of these comics in existence and that only one of these six has achieved a near perfect CGC grade of 9.6.

Below is an extract from the seller’s description explaining what makes this comic so special:

In late 1939, DC and Fawcett, coveting this title, each raced to get its own ashcan version printed and a copyright secured. Each succeeded in printing an ashcan, but DC beat Fawcett to the punch, ever so barely, and gained the copyright to Flash Comics. The title became one of DC’s mainstay Golden Age series, and, later, in 1956, the prime namesake character, The Flash, was instrumental in launching the Silver Age. This COMIC was acquired from long-time Golden Age DC Editor/Production Manager Sol Harrison, who was an excellent custodian of the rare copy. At NM+ 9.6, this beauty is not only the highest-graded DC ashcan known, it may be the highest-graded copy of any ashcan. The cover is a Leo O’Mealia creation for Adventure Comics #41, and the interior was lifted from All-American Comics #8, which featured the first appearance of the Ultra Man.

At the time of writing, the listing has a total of 450 watchers and a buy it now option for the sum of $5,000,000. The good news is, if you spend over $200 on the seller’s listings, you qualify for free shipping. According to the seller, there are over 140,000 copies of Flash Comics #1 in circulation and they only exist because of this ashcan edition.

There’s also a ‘Best Offer‘ option, so it will be interesting to see if the sale ends with the comic being sold for its $5,000,000 asking price. Fancy dropping $5,000,000 for one of the rarest collectibles going? You can access the ebay listing here.

Do you think this gem is worth its colossal price tag? Let us know in the comments!