Summary
At the end of the last issue, Superman showed up to try and put a stop to Aquaman and Mera’s escape. As one might expect, this issue mostly concerns Superman and Aquaman duking it out. That’s right, “creepy fish guy nobody trusts” (Aquaman’s words, not mine) vs. Superman. While not a whole lot happens, the Atlanteans show up, Aquaman sends them away and then he and Mera return to Atlantis. It’s the way in which it goes down which is entertaining and compelling. Meanwhile, Black Manta makes some headway in gaining power in N.E.M.O., much to Black Jack’s surprise. 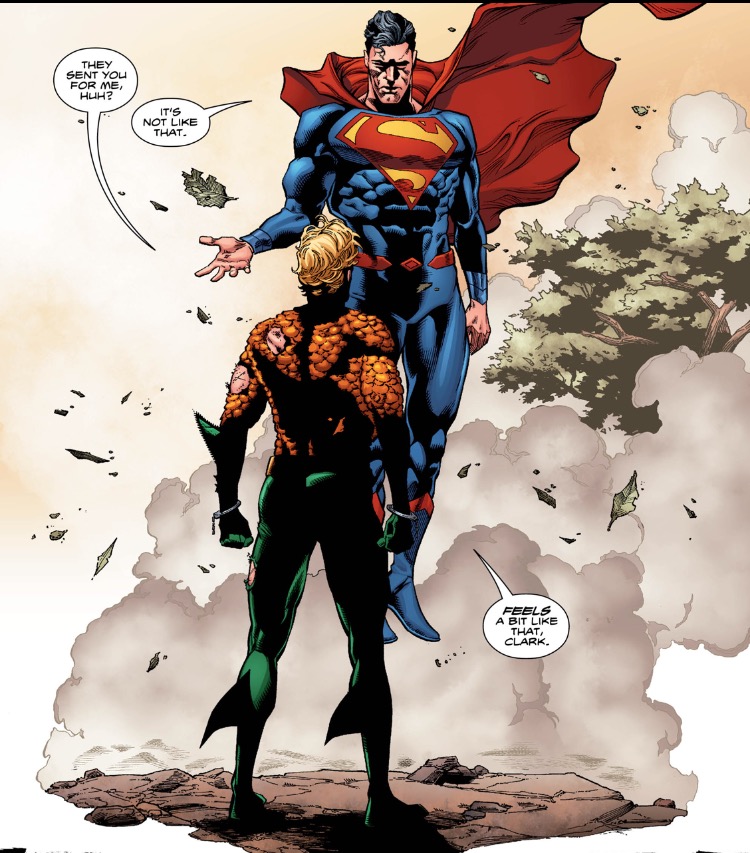 The Positives
Aquaman is finally portrayed as a heavy hitter. A force to be reckoned with. He’s one of the most powerful members of the Justice League, if in fact he retains his membership after this story arc. Aquaman lets all his emotion out as he explains to Superman how he feels he’s viewed by the world. Aquaman feels that he’s the Black Sheep, he doesn’t belong, despite all he’s been through with the League, he isn’t really a part of it at all. It takes every bit of persuasiveness he can muster, and it’s only after Aquaman dismisses the Atlantean troops that have arrived that Superman acquiesces at all. 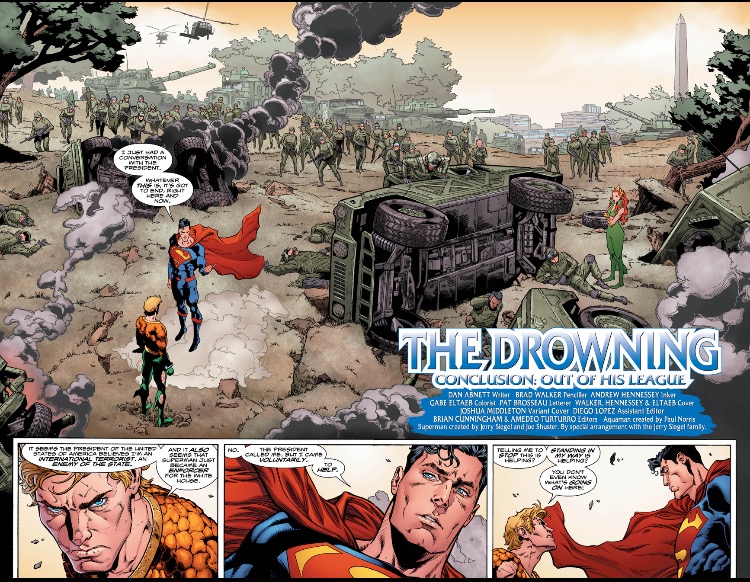 Strong writing by Abnett is the key to this issue, as he really drills down into Aquaman’s psyche. It’s also pretty cool when Mera decks Superman as well. 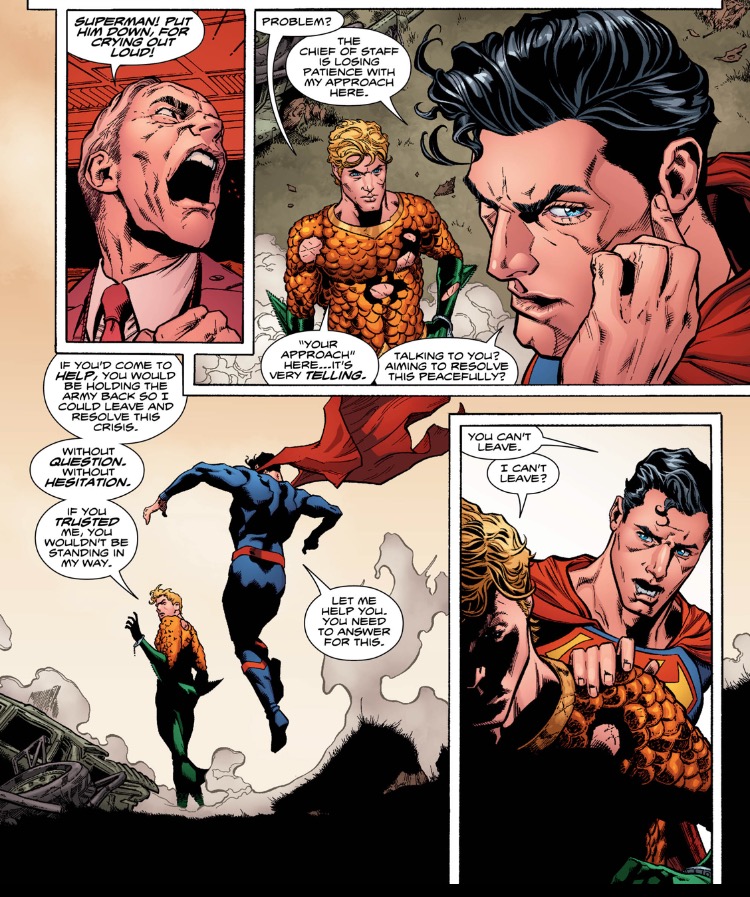 The Negatives
I found it surprising that Superman didn’t believe Aquaman more readily. I agree with Mera that of all people Superman should understand Aquaman’s perspective on being an outsider. However, Superman’s reticence led to the major conflict in the issue which was quite intense and engaging. 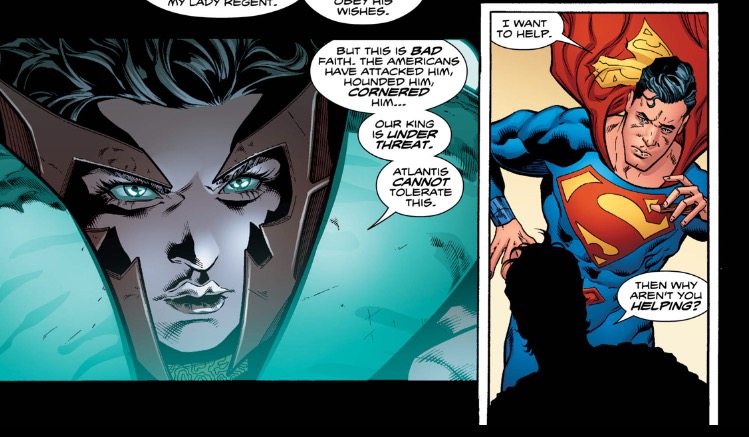 Verdict
This was a strong finish to the opening arc in the Rebirth era of Aquaman. The Sea King is at a cross roads that he must find a way to navigate. Aquaman has been through this a few times before, but never quite like this. He seems to be painting himself as the Black Sheep of the Justice League almost out of spite. This struggle appears it will keep Aquaman and Mera busy above and below the surface. Black Manta is still out there lurking, consolidating power and will continue to make things more difficult for Aquaman.