Summary
Fifty-seven years into a new ice age caused by a scientific experiment in cold fusion gone awry, two doctors are on the run. Why? Well, that is the big secret. Some pretty horrible gangsters from an ice covered Los Angeles (where it is 12 degrees), take a run to Mexico City (where it is a balmy 24 degrees) to find these elusive doctors. In Mexico City, we meet Keaton, a bad ass heat runner, and her posse. They are approached by said missing doctors who offer them a ton of heat credits to take them to Alcatraz. The bad guys show up. Bullets fly. Craziness ensues. There is a lot to take in for a first issue.

Oh yeah, one more thing. Frostbite is a disease that spreads like a plague. So… you know…deal with that. 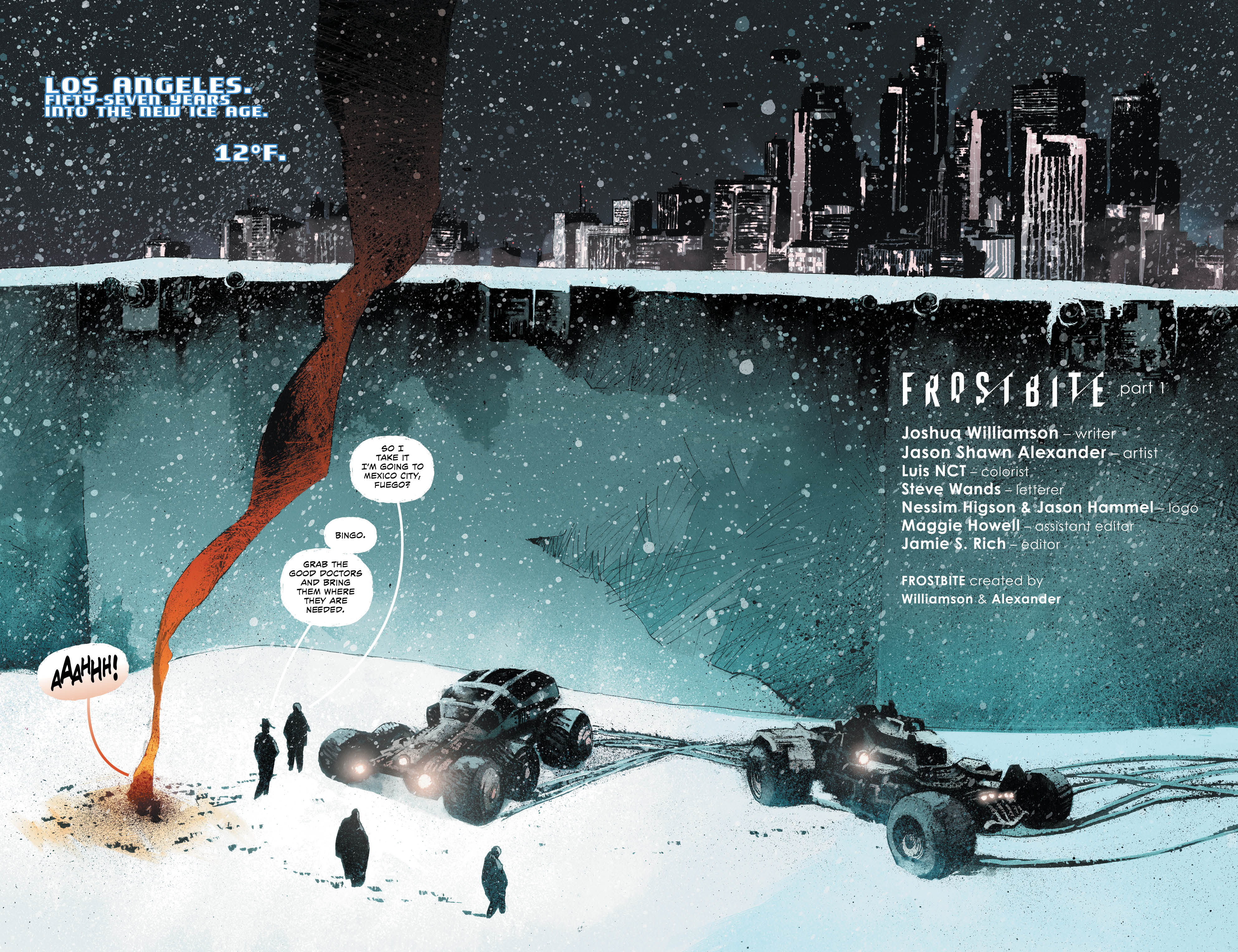 Positives
Where to begin? Flash writer, Josh Williamson, has decided to go full-on apocalypse. That scenario has challenges. It has been done before, so why is this different? Well, to start, the main character, Keaton, is two things you do not see in a lot of comics; she is Latina and female. That is awesome. It should not be worth noting, but it is. There are not a lot of Latina females in comics and even fewer who get to take the lead. The character is interesting and intriguing. We are given just enough of her story that we like her, but not enough that we feel that the comic is laden with exposition and thus full of ramblings.

Drawing cold is one thing, but drawing a miserable, ice-filled hellscape is something else. Alexander handles this concept perfectly. Most of the panels take place out of doors and in every one of those out of doors panels, there is snow falling, there is snow on the ground, there is snow swirling up from the ground and it looks miserable. That is the point.  Luis NCT’s colors bring Alexander’s world to life. There is a constant haze from the lack of sunshine so the whole place looks grey. The colors are muted and that adds to the pure, unadulterated, misery of this world. 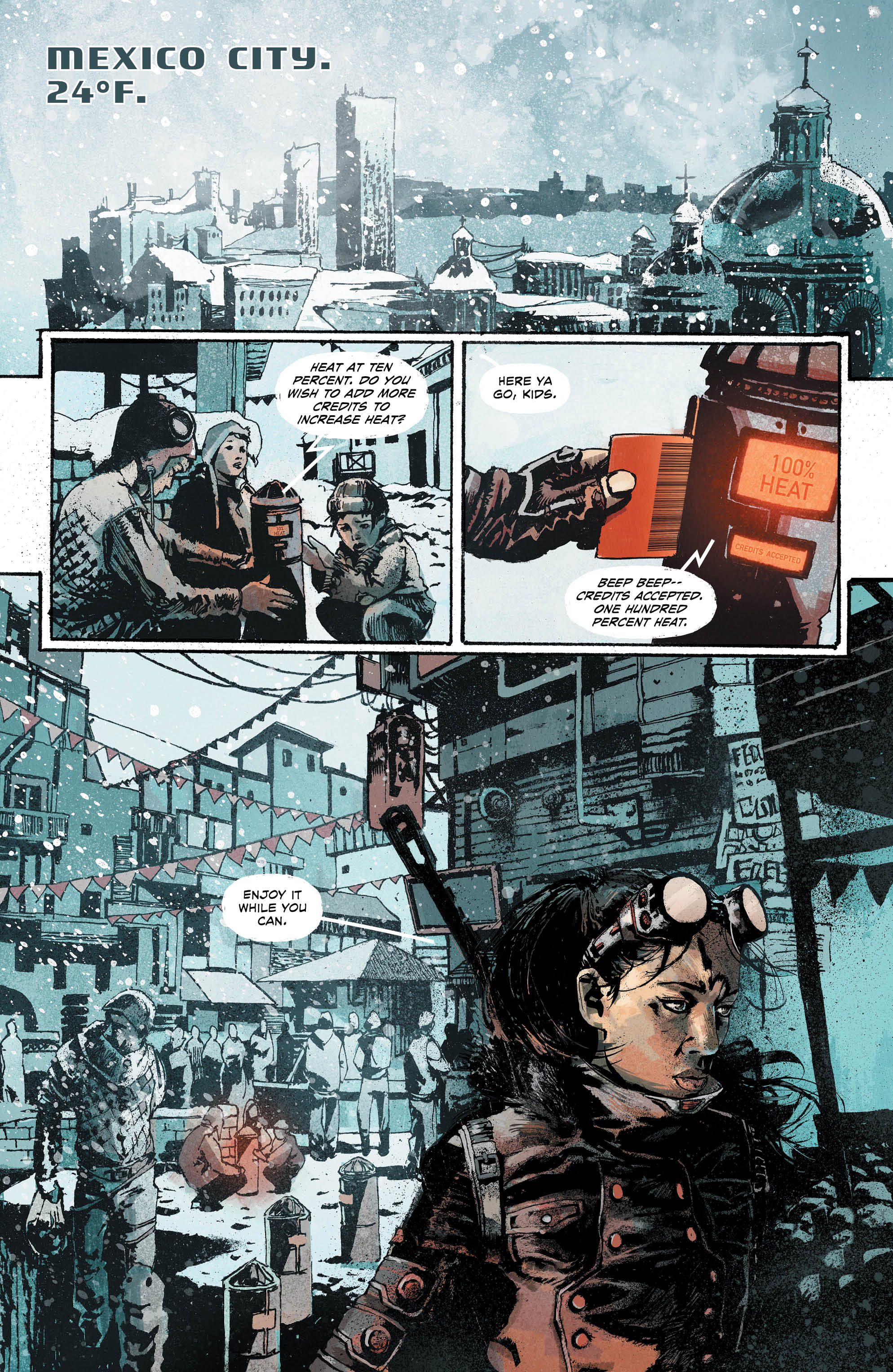 Negatives
There is a lot of Kafka in this story. Something has happened and the reader needs to deal with it. This story starts 57 years into an ice age. It is cold, but how does cold fusion make an ice age? How did the main characters get to know each other? There is little in the way of explanation. That is not going to fly for every reader. This is the same reason that a lot of people do not like shows like Mr. Robot or the ending of The Sopranos. The writers want the readers to figure it out for themselves. Later, they might tell you what is going on, but most likely, that will not be satisfying either.

Verdict
Contrarily, I am one of those people who loves Kafka and thinks Mr. Robot is the best show on TV. I am fine with a slow reveal. There is something going on here and I want to figure it out. I do not want to read the last page of the mystery novel first and neither should you. This is going to be a limited series and based on what I have seen so far, it is going to be worth your time. This is a great start to a series that has great potential.