Summary
In this epic conclusion of the “Night of The Monster Men” story arc, we have literal and personal demons being fought. When The Child stomps through the streets and threatens to destroy Gotham, Batman trusts his new Bat-Family to defend the city. Meanwhile, he goes off to confront Strange. 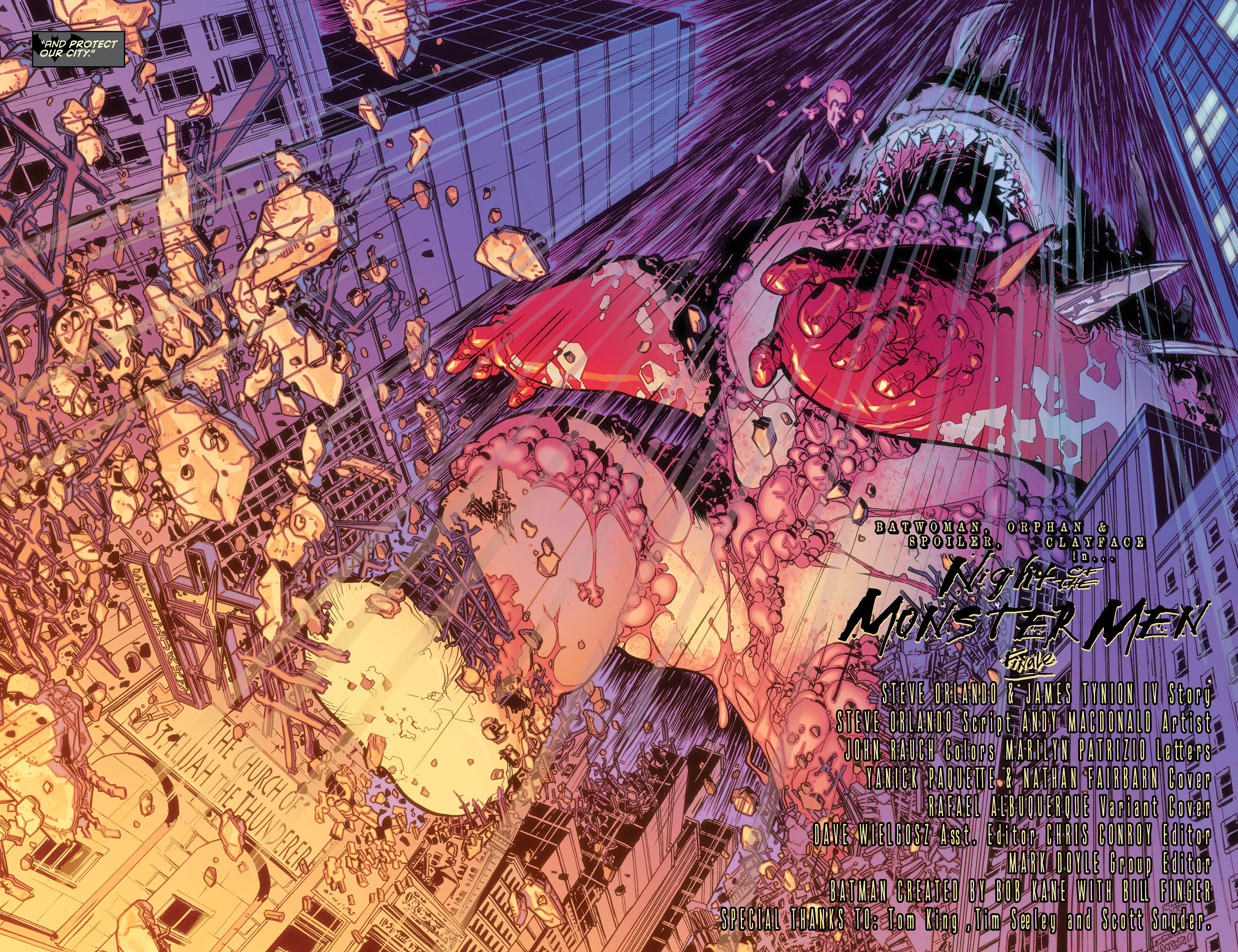 Batwoman, Nightwing, Spoiler, & Orphan take up arms to fight the kaiju. In a very cool and unexpected turn of events we get to see some of the more expensive and elaborate toys available to the Bat-Family. I expected some giant mech, in line with the Megazord or Voltron, what they pull out though, really makes sense and looks fantastic. 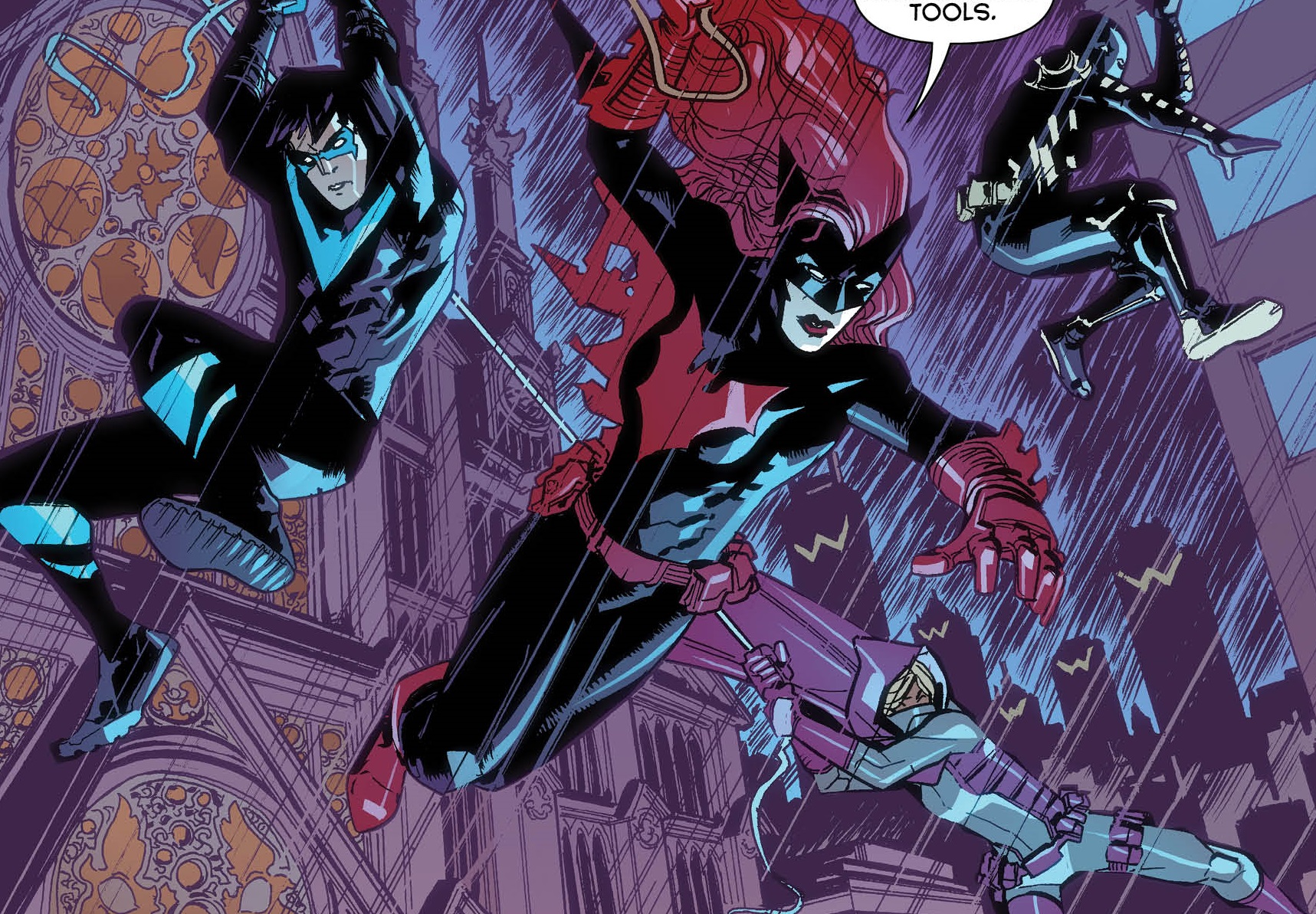 Meanwhile, Strange has found a way to finally stop Batman from defeating him. He has made himself untouchable, to quote the mad doctor himself, “Anything more than a football and I’ll blow.” 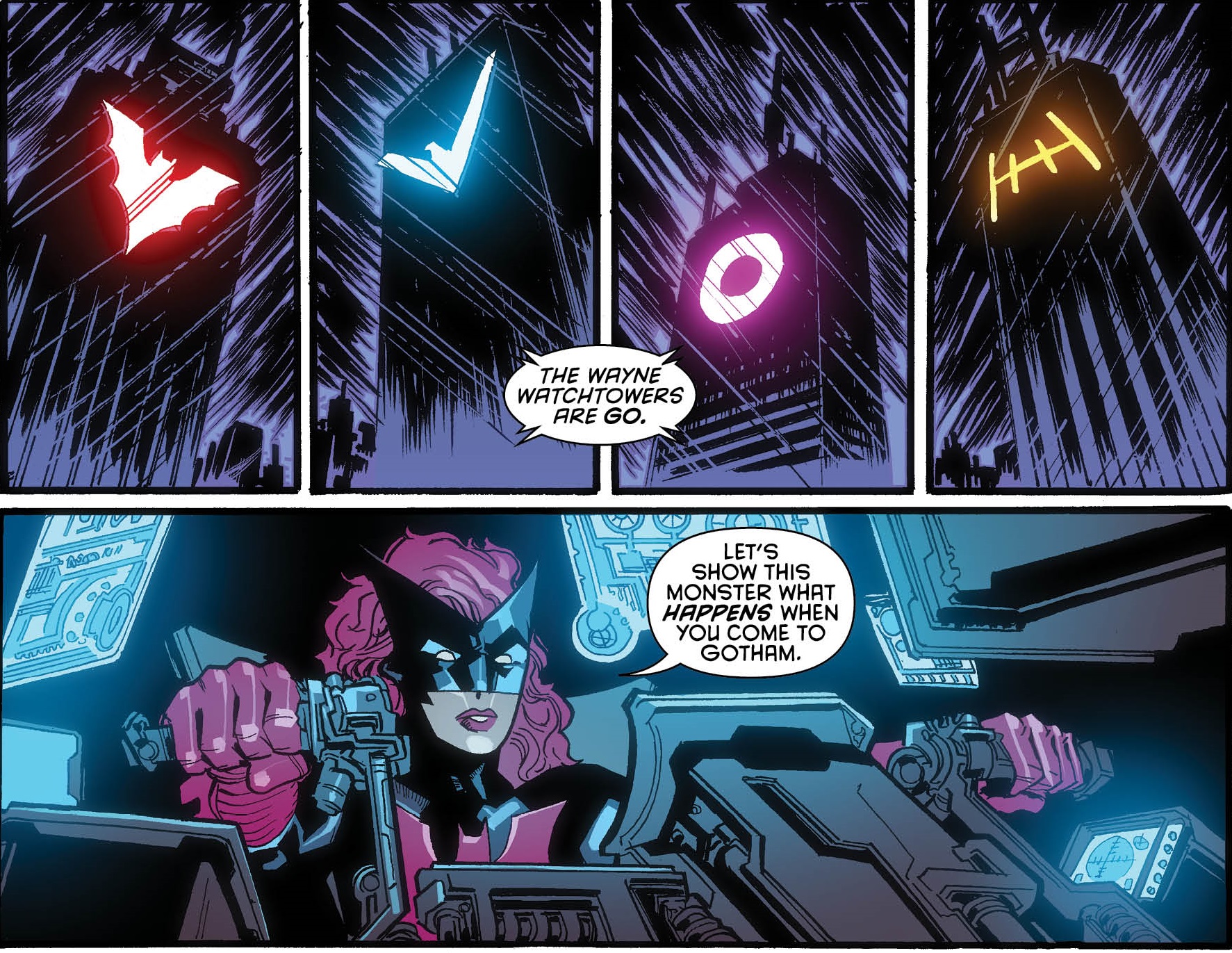 Positives
While “Night of The Monster Men” certainly was something new for the pages of a Batman book (it seemed to belong in Action Comics or Justice League), it was certainly an amazing story. The conclusion and opinions about Batman brought up by Strange are interesting with regards to Batman and how he could ever exist.

Negatives
This arc feels somewhat anti-climactic in the action department, though it does have a sly, and smart ending that feels right for the World’s Greatest Detective.

Verdict
Overall, I enjoyed the issue, and the arc as a whole. It was interesting and definitely set itself apart from other Batman stories right from the get go.