Summary
Batman and Superman are all that stands in the way of Kryptonian world domination! As the two heroes make their stand against the Kryptonians allies will appear, and alliances will be made! However will Bruce’s tactics and Superman’s power be enough to stand against an entire invading army? This could be the end of the World’s Finest — and the rise of the Master Race! 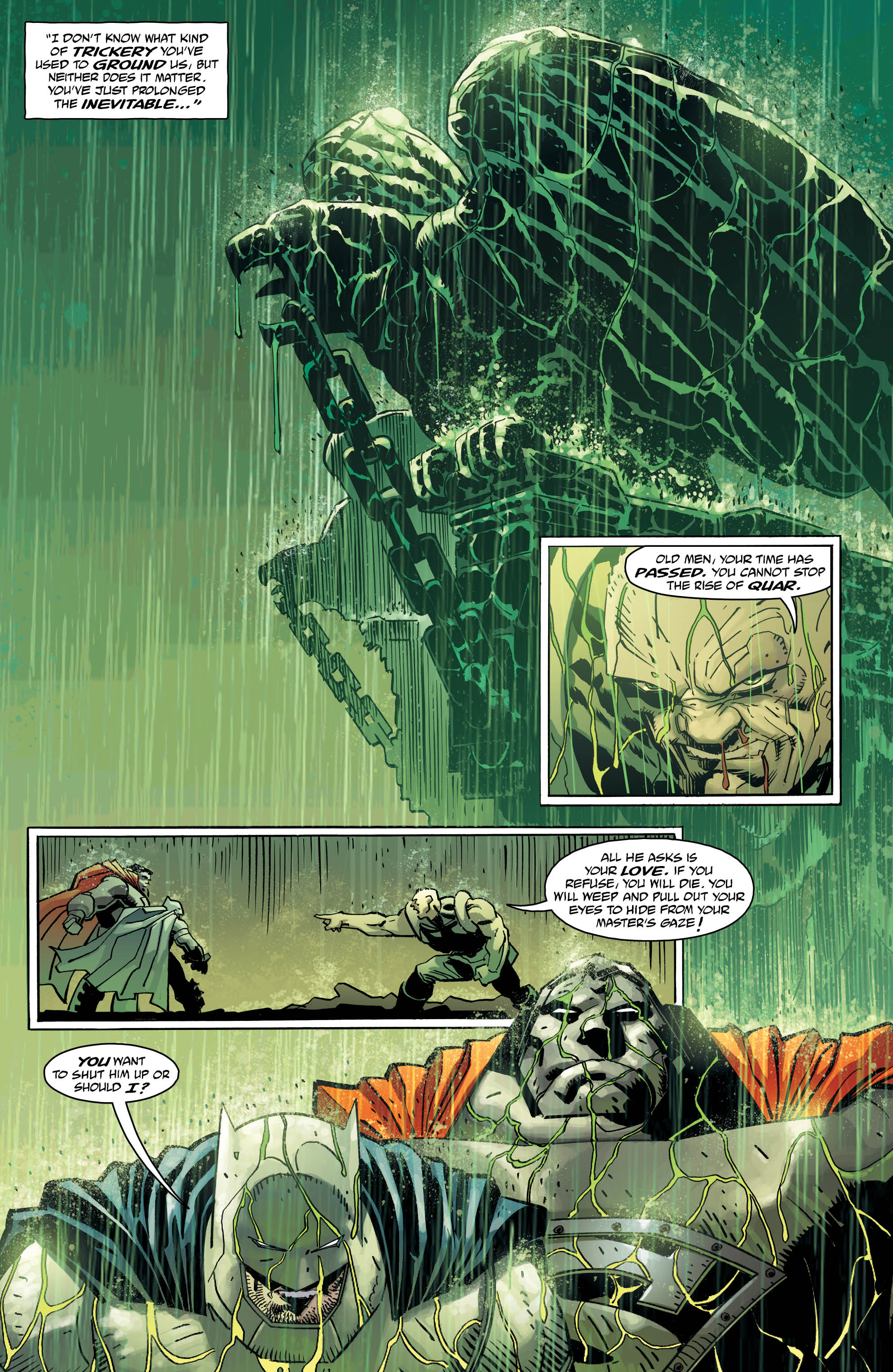 Positives
I’ve been a fan of The Dark Knight Returns for years. I have the comic and of course the animated movie as well. Frank and Brian do a great job of continuing such a wonderful story for us here. As Kryptonite rain saturates Gotham, the army of Quar, the leader of these Kryptonians can’t believe that they’ve been outsmarted by a mere human. The Kryptonite drains the powers from the army and as they are no longer able to fly, Batman and Superman — who’s in a Kryptonite-proof suit himself — immediately takes the battle to the army. Miller does exceptional work portraying the citizens of Gotham City making a stand in the fight along with the police who have vowed to take back the streets against the Kryptonian menace. 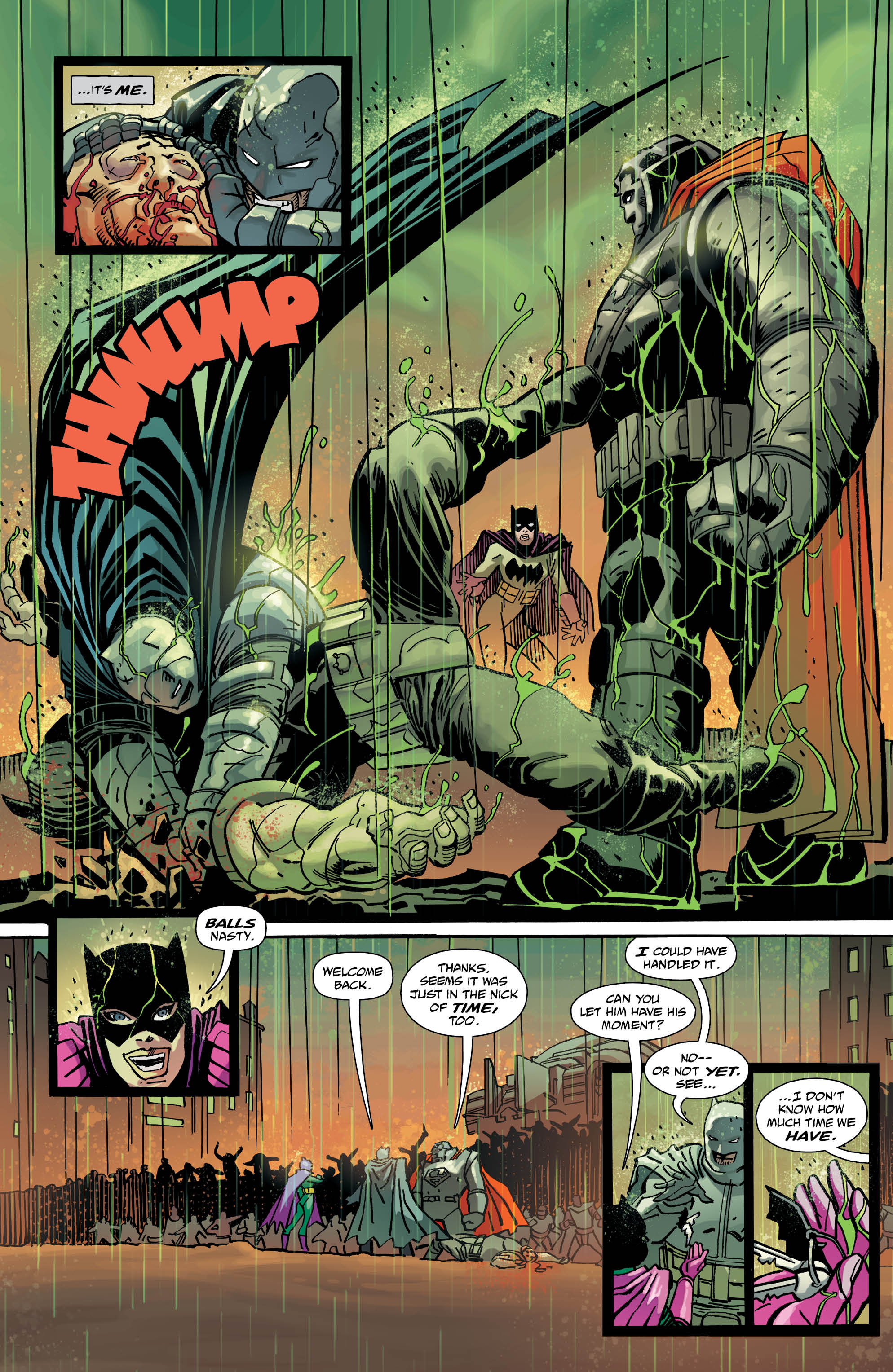 Negatives
I really, really hate Carrie Kelly’s new suit. It’s the one thing in this book that makes it horrible. Throughout all of Bruce’s crime fighting years it absolutely makes no sense as to why Carrie’s costume would be so bright. And before anyone calls out Robin’s bright costume from back in the day, that holds no merit because of the mood of this particular book. Frank and Brian give us a story where essentially the good guys are gone, the better days are behind us and the future looks more and more uncertain. It’s kind of hard to keep that tone when you have a bright colored sidekick running around. Maybe it’s because I’ve never been a Carrie Kelly fan but I just don’t like her as Robin at all. Personally I’d rather see Dick or Tim come back in the story over Carrie but that’s just me. 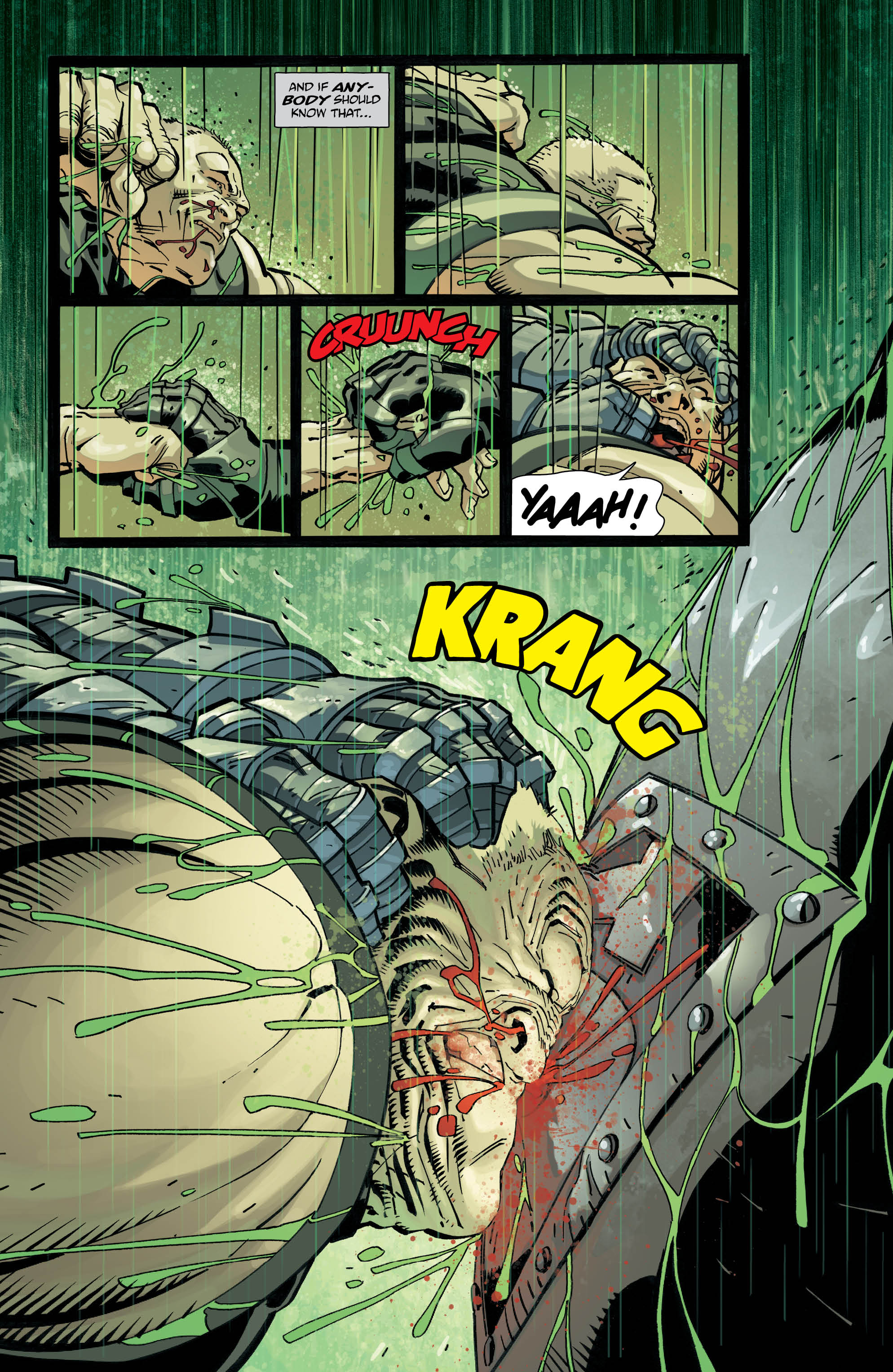 Verdict
Dark Knight III: The Master Race #6 is a good book, but better if read as part of the collection. I’d definitely suggest going back and catching up before immediately diving in this one. I’m a fan of Frank Miller and love this particular series, but please change Carrie’s costume! It’s the only fault I can actually find in the entire read. The Dark Knight Returns is a good book and very inspirational as well. To me Miller is basically telling us about the last days of Batman’s career in a way. I find it inspirational in that it doesn’t matter how old Bruce is, he still knows he has a mission to accomplish in life and he won’t stop until he’s done. I think a lot us would love to have a drive and dedication like Batman does. I’m not gonna tell you to purchase The Master Race #6 –I’m telling you to purchase ALL the issues! I guarantee you won’t be disappointed!