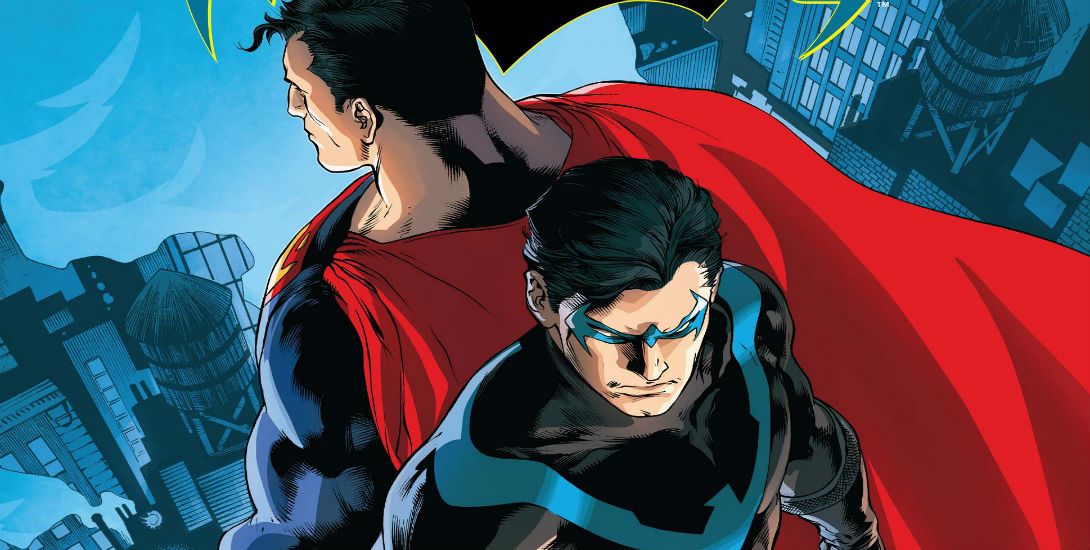 Summary
Dick’s been through a lot the past few months with his conflict with Raptor and the horror of the Night of the Monster Men. This issue offers a different type of conflict as Dick is trapped in nightmare-scape with some of his Titans allies. When he awakes suddenly he is surprised to see Superman outside his window. As the two talk, Dick freely expresses his concerns over this “new” Superman. Superman tries to allay these fears as he explains the concept of the multiverse and the different iterations of individuals that exist within the multiverse. This conversation leads Superman to explaining how he tries to get in front of threats for monitoring those he’s familiar with from his world. This has brought him to Dick Grayson because he’s picked up Dr. Destiny’s energy signature in Dick’s head and believes it may be the root cause of his nightmares.

Superman convinces Dick to allow him to enter the dreamscape with him to assist him in defeating Dr. Destiny. Once there, he and Superman encounter many of Dick’s friends and this turns out to be the element that proves to be his greatest vulnerability and greatest strength. It isn’t long before Nightwing is able to defeat Dr. Destiny and discover that KOBRA was using the doctor’s residual powers to try and steal information from him.

Positives
Superman and Dick Grayson have always had a compelling relationship. They are old friends and Superman acts as a mentor at times as well, plus Superman is responsible for telling Dick about the Kryptonian hero Nightwing, which provided the inspiration for Dick’s costumed identity. This issue does an excellent job of recapping these elements but also recasting it in light of the situation with this Superman. Superman has a reader’s point of view at times, both commenting on the differences between this world and his world and affirming the similarities between the two Dick Graysons – calling Dick Grayson the multiversal constant. He is also able to use a reader’s knowledge of Dick’s pre-New 52 history to affect the outcome of the story. Apparently, this Dick Grayson never lived in Blüdhaven.

Recognizing Dick’s potential for many friendships as both a vulnerability and strength is a great point of characterization and really zeroes in on what makes Dick Grayson tic. Lastly, telling a story that allows Dick and the “new” Superman to meet and gain each other’s trust is one of the fun aspects of multiversal meetings.

Negatives
While the substance of this issue definitely receives high marks, the Dr. Destiny in dreamland left me a little wanting. It never really felt like the stakes were that high and that this was a life or death situation, despite what Superman may have said.

Verdict
This was a fun one off issue that delves deeper into the core of Grayson’s character and did an admirable job at setting up what may be the next chapter of Dick’s life. It looks like he may be going to Blüdhaven for the first time. 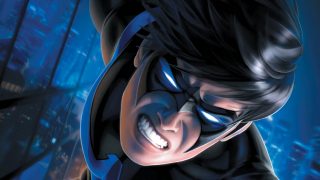 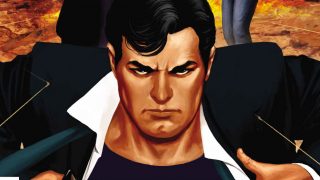