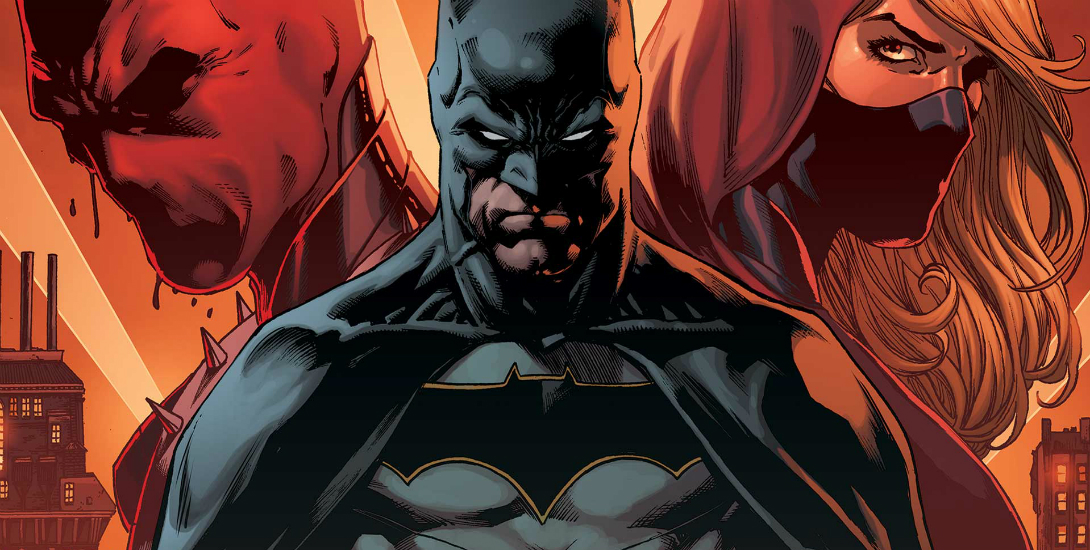 Summary
Stephanie Brown is ready for war! After hearing the philosophy of Batman and his cause, after hearing the Victim Syndicate and the First Victim’s philosophy, Spoiler has had an epiphany. Neither of their way is her way of thinking.

She now knows that while the people of Gotham need help from the maniacs and psychopaths that attack, Batman isn’t the answer. Nor is the Victim Syndicate’s way of attacking and hurting those who aid him. In a dramatic showcase to get their attention Stephanie, sorry, Spoiler takes on both the Bat-Family and the Victim Syndicate. Will she be victorious, or will she crumble in the fray of battle?

Positives
This issue was fantastic! I like how it ended and the doubts that it puts in Batman. There is a wonderful moment where Batman and Batwoman talk after everything settles and we can see how the events of this arc but also of the last have impacted him and how it is changing him.

Artistically this issue is great as well. We get a shot of First Victim and his mask is very cool. I had though it was just a red shiny latex style mask. It actually appears to be bleeding continuously which adds to his 1980s horror aesthetic.

Negatives
In this issue and throughout the arc a lot of attention has been paid to First Victim and Glory, aka Mudface, the victim that Clayface changed. While those characters continue to get attention, I would have liked to see more and learn more about the other members of the Victim Syndicate. Who they were and what can be done for them? What happens to them next?

Verdict
This issue was fantastic, it has lots of action, beautiful and dark art, and of course a fantastic story. I would expect nothing less of James Tynion IV and Alvaro Martinez.