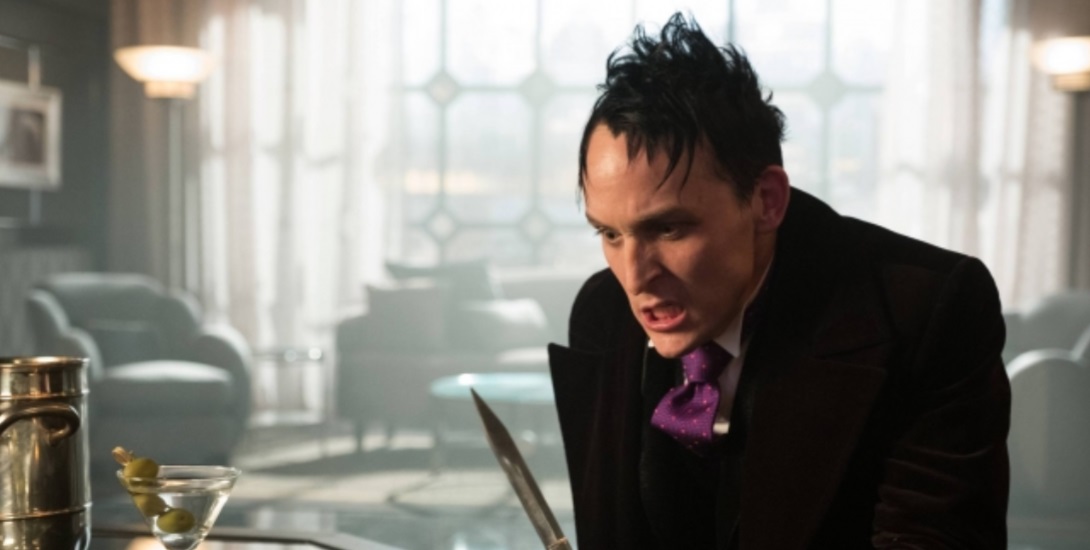 Dwight tries to resurrect Jerome while Penguin takes on the mob and Selina deals with her mother.

The Gordon plot with Dwight and Jerome is fun. It’s Gotham’s usual insanity which can be entertaining. The GCPD actually shows some competence which is nice. My favorite part is honestly Gordon, Bullock and Lucius Fox talking to each other. Bullock has a lot of great lines as usual but Lucius got a couple of good ones too. I like these three as a team and it was the most fun I had with this episode.

Camren Bicondova is great in this episode. While the story with Maria Kyle is predictable and boring, Bicondova gives a really nice performance as Selina. Her feelings of betrayal toward her mother and Bruce are genuine and she plays it well.

The ending is great. I hope this cliffhanger and the ramifications of it last for several episodes. It would make a really neat arc in this show.

The Penguin story does not work for me. My main problem is how dumb this character has become. In the first season, he was incredibly intelligent and good at manipulating people. And now he’s being manipulated by Barbara. That’s ridiculous even for this show. I was impressed at first because he seemed to be catching on but then was immediately tricked again. I don’t buy it. Additionally, Penguin is being tricked into eliminating the five families but it all happens off screen. I feel like it would exciting to see this war that Barbara was talking about; I thought it was going to be a big deal and last a couple of episodes. But it all happens in this episode and we don’t get to see any of it. Last episode, Nygma was talking about a slow burn but next episode is the big confrontation between Penguin and Nygma. Two weeks is not a slow burn. This entire story has completely fallen apart in one episode and it had serious potential.

I was excited to see what this team was going to do with the Faceless Joker idea and I was disappointed. I should be completely unnerved by this. A dude is wearing another dude’s face and then the latter dude staples his face back on before blowing up the former dude. This sounds really unsettling but it’s not. It just looks kind of weird but never scary.

This is an okay episode. This season was on such a roll and these last couple of episode have really fallen down. I feel like I’m watching season two again. It’s relying on insanity and gruesome violence while phoning in character and story. I thought this season was better than that. I still had fun with the episode because of how much I like the style, tone and performances but it’s continuing to disappoint me.