Stephen Amell Says His Character Knows Felicity Has A Secret 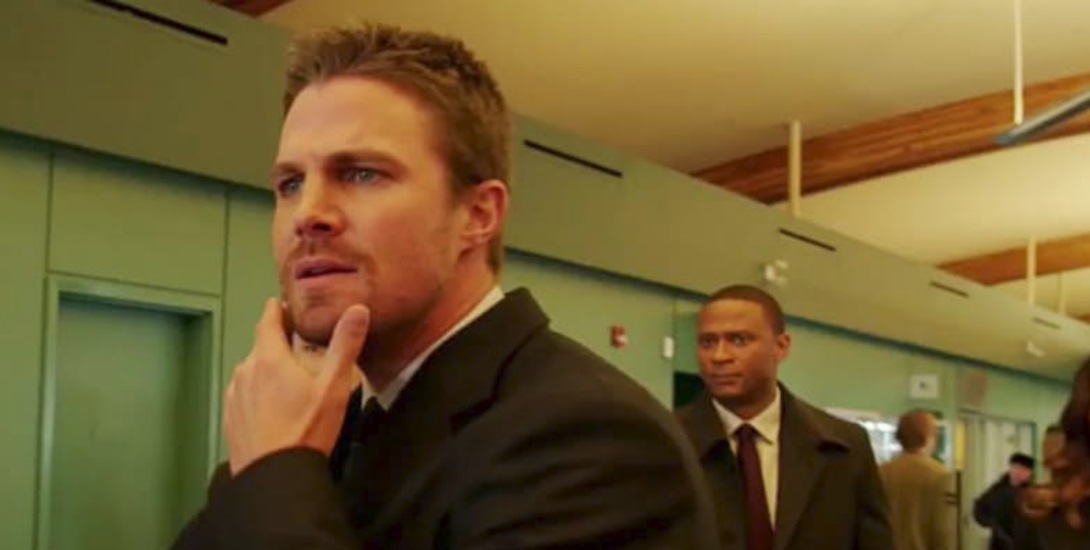 Stephen Amell who plays Oliver Queen on the hit DC show Arrow released in an interview that his character knows the secrets Felicity is hiding. Amell said Queen knows about Felicity’s “activities” and the fact she’s covering up the truth. Not wanting to talk to her former lover, Queen must wait until she approaches him to come clean.

Felicity Smoak is usually a very up-beat character, but in the second half of this season she seems very different. Producers of the show mentioned that her personality would change after Billy Malone, detective and current boyfriend, basically dies. She’s now done a complete 180 personality twist and Queen must look on without being in the loop of his ex’s life. She not only harangued an executive with stolen NRA data, but she also didn’t care that she was putting the man’s family in danger which is completely against her character. Oliver just completely ignores these happenings, waiting for them to come clean. Honestly, something like that I’d be confronting them right away.

Now we play the waiting game of whether or not Felicity will tell Oliver of her escapades, all the while he juggles his identities of Green Arrow and the Mayor of Star City.

Arrow airs on the CW, Wednesdays at 8pm EST. You can also find re-runs on TNT at 6am EST.