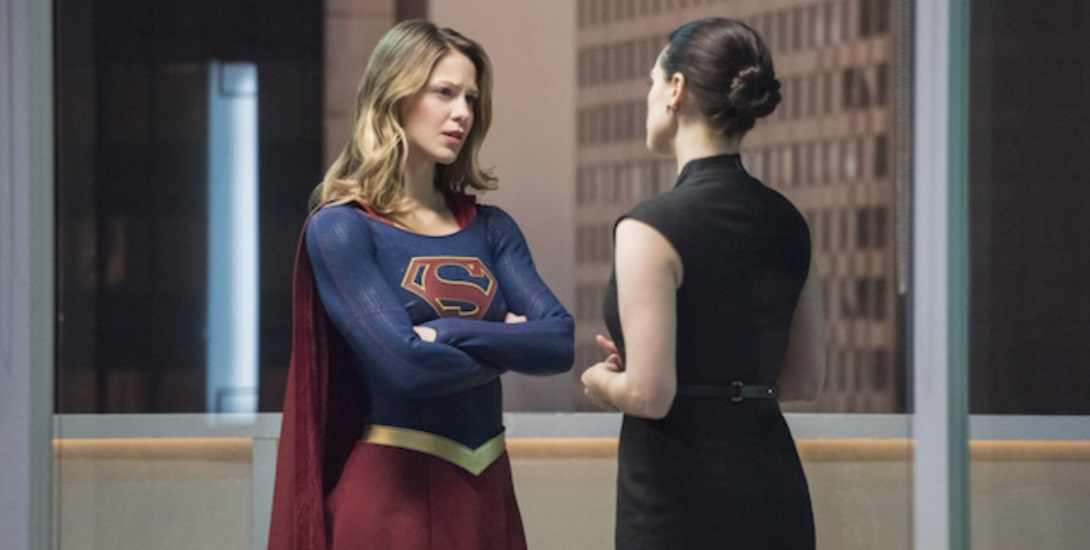 I love how much this season is dealing with immigration. That is, ultimately, a lot of what Superman and Supergirl are about as characters. The episode deals with events that are happening right now unfortunately. People are being seen as threats despite just trying to live their lives and escape from horrible fates whether that’s famine, genocide or any number of things. I like how the episode addresses that and it’s portrayed as scarily as it should be.

I like how Lillian looks at the idea of the Superman. Friedrich Nietzsche’s idea of a superman was to set a goal for ourselves. Humans are supposed to be thrive to make themselves super. The comic book character Superman is intended to inspire people, both in universe and in our world, to better themselves. However, it makes sense that certain people wouldn’t see it that way. They believe the world doesn’t need aliens and depends too much on them. I really like all of this.

There’s a lot of really cool action in this. The episode takes a little more advantage of Kara’s powers outside of her ability to punch things really hard and sometimes shoot laser beams out of her eyes. She gets to use her freeze breath a few times which is cool.  There’s a great fight in the alien bar that was really exciting and well filmed and choreographed. The last bit of action with Kara saving the day was great. The special effects looked great and it really tested the limits of her powers.

I love all of the talk about the responsibility of journalists. There are many who misuse that power to say anything to support their agenda without verifying anything. Because of the internet, people can do that. And people will believe them. Some have suggested that the mainstream media dropped the ball during the election on what they covered versus what they did not. The writers pretty much blame bad journalism for Trump’s presidency. These conversations, even without the real world allegories, are important to a show like this. It’s a cliche but there’s a reason Spider-Man’s mantra of “with great power comes great responsibility” resonates. It’s a simple truth. Kara does not take the responsibility of journalism seriously enough and she has to suffer consequences for it. However, the show doesn’t demonize her and I like that. It was a decision she felt like she had to make and she made it. And there are consequences for that decision which is something everyone has to deal with. It’s a learning experience.

Is James Olsen still a character? He barely gets anything to do. It reminds me a lot of what happened with Laurel Lance on Arrow. Both Mehcad Brooks and Katie Cassidy were second billed, behind Melissa Benoist and Stephen Amell respectively, and yet get way less screen time than anyone else. It feels like the writers aren’t sure what to do with James like how the Arrow writers didn’t know what to do with Laurel. And now with CatCo. seemingly being written out, is James ever going to get screen time? I’m hoping he quits CatCo. and starts working for the D.E.O. Wouldn’t that make sense? He’s proven his capability and already works with them most of the time anyway. With him in the D.E.O., he can contribute a bit more instead of either never being around or never getting to do anything when he is around.

I think this is a really great episode. As I’ve said before, whenever the Luthors are involved, the show suddenly feels more important. There is a genuinely solid story in this episode with wonderful spectacle to back it up. This is really strong writing and I hope the rest of the season can keep up this momentum.