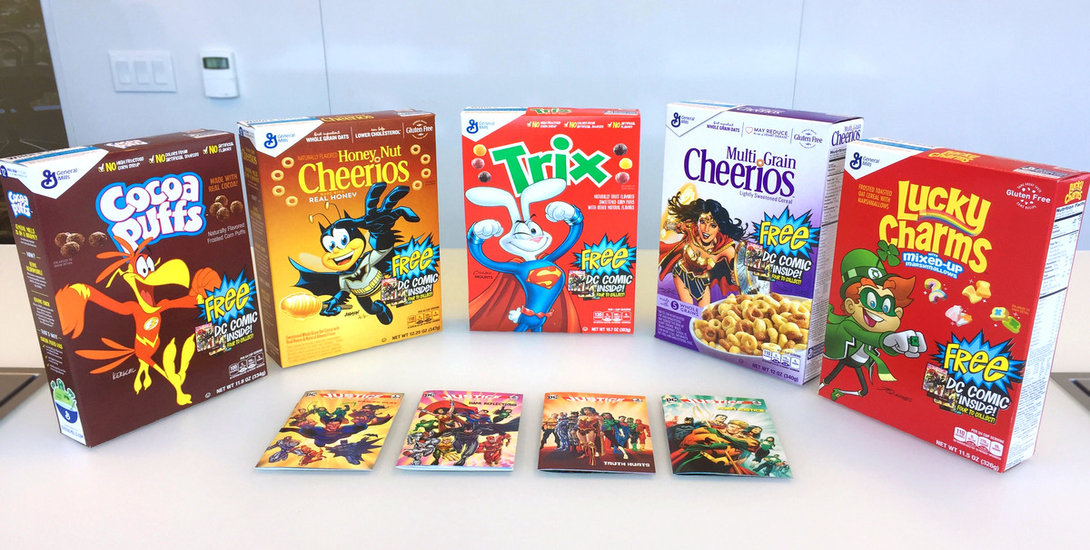 If you ever needed another reason to eat cereal, here’s one more. In what can only be dubbed “the best idea ever,” DC Entertainment and General Mills are partnering DC’s most powerful superheroes with some your favorite cereal brands, to give you the ultimate in “cereal entertainment.” Although “cereal entertainment” might not be an actual theme, the cereal box covers, as well as the four original custom comic books featuring DC’s Justice League characters inside them, will definitely be something you will want to check out.

The cereal boxes will be designed by many of today’s best DC artists:

DC fans will want to collect all of the cereal boxes to piece together a Justice League five-part mural on the back of each box penciled by Ivan Reis with inks by Joe Prado and colors by Marcelo Maiolo.

“We’re excited to bring DC’s Justice League to a broad new audience on the cereal aisle with Big G,” stated Kelly Li, DC Custom Creative + Advertising. “This is just another example of how our team can bring top notch comic talent together to tell original stories with DC characters and organically incorporate top tier brands like General Mills.”