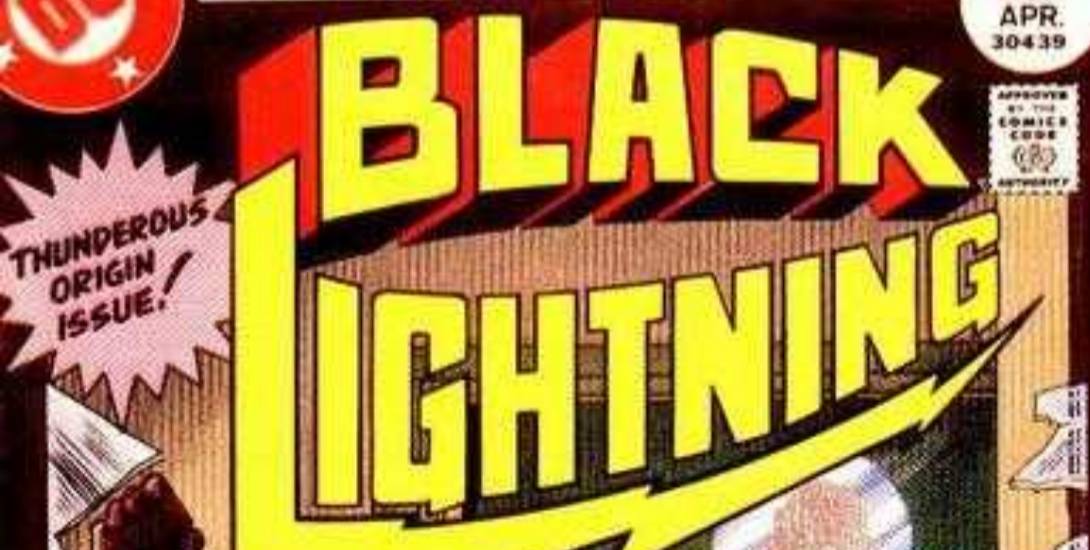 As you may have heard, DC is looking to expand its small screen offerings, with a Black Lightning pilot in the works for the CW network.

The show premise, originally developed for FOX, has Black Lightning coming out of retirement when his daughter, Jennifer, tries to enter the super-hero game with perhaps a touch more of the vigilantism to her m.o. than he’s comfortable with. It’s being readied for a shot at the 2017-2018 prime-time line-up by Greg Berlanti, one of the primary guiding hands behind the Arrow, Flash, and Supergirl, tv shows. The pilot is to be written by Mara Brock Akil (writer and supervising producer of The Jamie Foxx Show on CW predecessor The WB, and Moesha on UPN, as well as creator of BET’s Being Mary Jane) and directed by her husband Salim Akil (Being Mary Jane and CW/BET show The Game, among others).

Now, word comes from Deadline that the Pierce family is complete, with Christine Adams set to play the girls’ mom, and Jefferson’s ex-wife, Lynn. Having worked most recently on AMC series Feed the Beast, Adams is probably best known to geek culture for having played Agent Weaver on nine episodes of Marvel’s Agents of S.H.I.E.L.D. in 2014 and 2015.

“Although she’s got a mischievous side, she’s not one to be trifled with when it comes to family,” it says.

According to Screen Rant, “if the series is picked up, the [CW] network is expected to begin running its DCEU [DC Extended Universe] properties at different times of the year, as opposed to running five nights all focused on superhero projects.”

Black Lightning was created by Tony Isabella. Artist Trevor Von Eeden is listed as a co-creator, but Isabella disputes this, saying he stood over the shoulder of Von Eeden, who was all of 18 at the time, and told him what to draw when designing the character.

Launched on Jan. 4, 1977, Black Lightning was DC’s first black hero to get his own book. In fact, he was one of the company’s first black leading characters, period. A retired athlete who returned to his inner city neighborhood to start a second career as a public school teacher after his Olympic dreams ended, Black Lightning ran just 11 issues before getting the ax in the infamous DC Implosion. He initially got his electric powers from a belt, and used inner-city “jive” talk when in costume to help disguise his true identity. The entire series was collected in 2016 in TPB form, including one tale originally meant for the series which later saw print in World’s Finest Comics.

Some point to latent racism in the character’s very name, given the penchant of the period for saddling every black hero with a skin-description sobriquet (i.e. Black Panther, Black Goliath, etc.). However, Isabella has said he was brought in to retool The Black Bomber, a series about a white racist who, in times of stress, turns into a black super-hero, which had reportedly been given a spot on DC’s publishing schedule when executives understandably got cold feet. Isabella has always maintained he got the idea for Jefferson Pierce’s codename not from the color of his skin, but from the cover to Wonder Woman #225.

Initially, Black Lighting wielded electricity via the use of a special power belt. He later internalized those powers and, after his series ended, and he rejected membership in the JLA, he became in integral part of Batman and the Outsiders, and subsequent series, The Outsiders. He got a second chance at headline stardom with a second Isabella- helmed series in 1994. He left early in a reported dispute with TPTB at DC, however, and the title lasted just 13 issues.

The addition of daughters to Jefferson’s back story was a retcon added first in the 1996 alt. earth mini series Kingdom Come, with Jennifer formally added to the mainstream DCU in 2008’s Justice Society of America #12, with the backstory expanded and formalized in the 2009 limited series Black Lightning: Year One.

t’s the news, here’s the part where I give my opinion. Possibly because I was a 9-year-old kid when Black Lightning first hit the stands, and because he was one of my very favorite super-heroes of the era, I prefer his original story, and feel that would make the better television series, especially as a period piece set in 1970s Metropolis. A washed-up athlete trying to pay forward on what success he had and getting mixed up with drug gangs, think of it as Breaking Kotter.

I also have this idea that such a series would be set in the underbelly of the Christopher Reeve movies. I envision an opening scene in Metropolis’ Grand Central Station. We hear the same announcer we heard in the original 1978 Superman movie, and then as the camera pans through the crowd, we see Otis stroll by, tailed by the two goofily-dressed (but, oh, so, chic for the period) detectives, as in the famous Superman scene. The entire trio, unbeknownst to them, passes right by a drug deal going down. The camera then focuses on the drug deal as Otis and cops fade into the distance, and we’re into the series.

Personally, I have never liked Jefferson’s daughters, because it’s all shoehorned continuity. It’s not my DCU, it’s all some other storyline from some alternate multiverse planet that DC is now bound and determined is the only way anything ever happened. But no, those earlier stories happened. I still own them.

Reading the tagline for the new CW series (assuming it gets past a pilot and goes to series), all I can think of is Black Arrow, or worse, Metropolis 90210. Personally, I’m not excited.

But, again, that’s just my opinion. What do you think about the premise of the new show and its casting? Sound off in the comments section below!