Green Arrow and Arsenal have to deal with their past issues while trying to defeat the Wild Dogs.

The cover by Otto Schmidt is awesome. Green Arrow on horseback is just a cool image and Schmidt gives the cover a nice atmosphere with the fire and coloring. 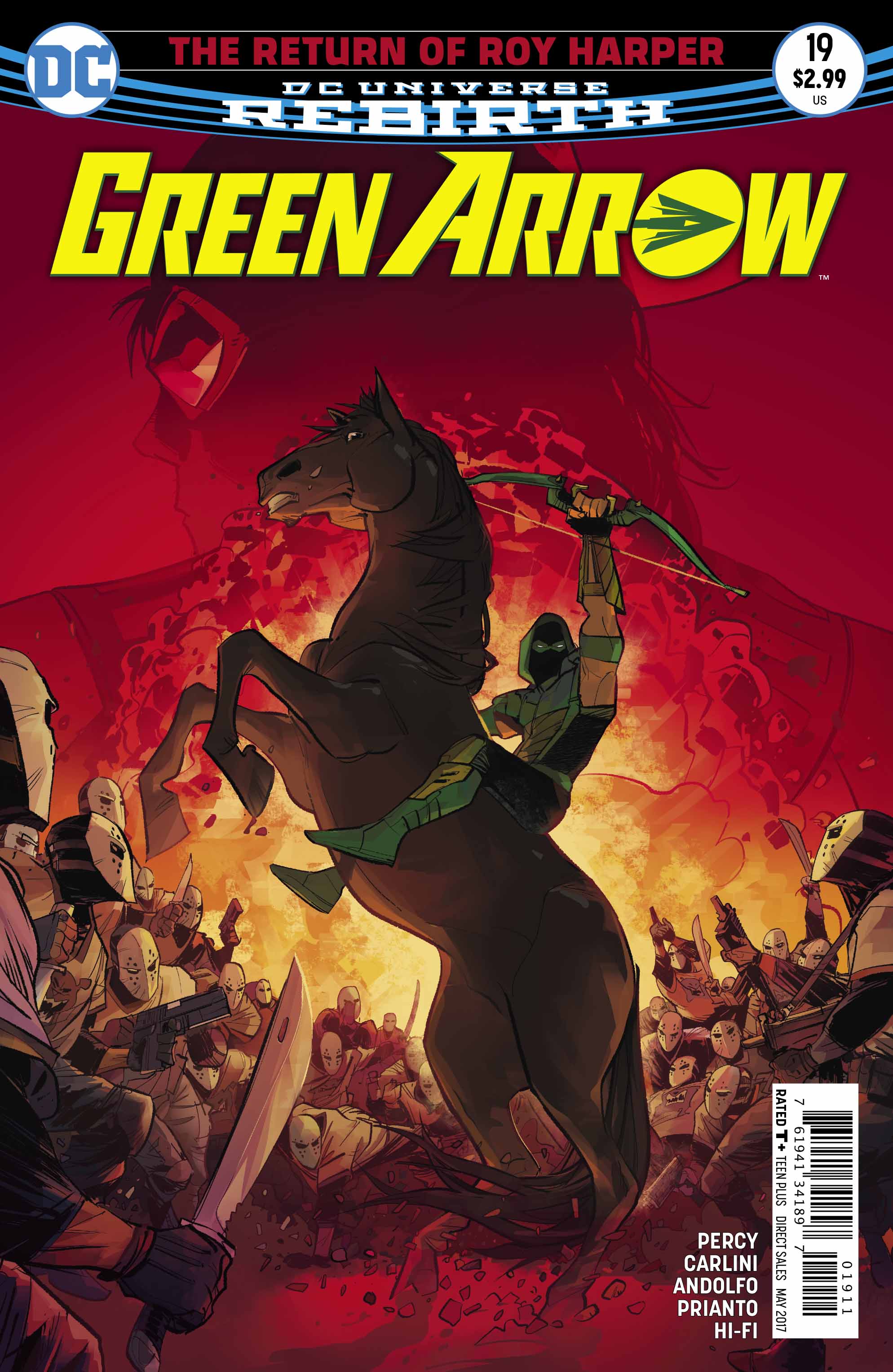 The interior art is by Eleonora Carlini and Mirka Andolfo with colors by Arif Prianto and Hi-Fi. I like that the flashbacks kind of look different from the present day story. There’s a nice contrast that feels natural. The art is pretty good throughout. 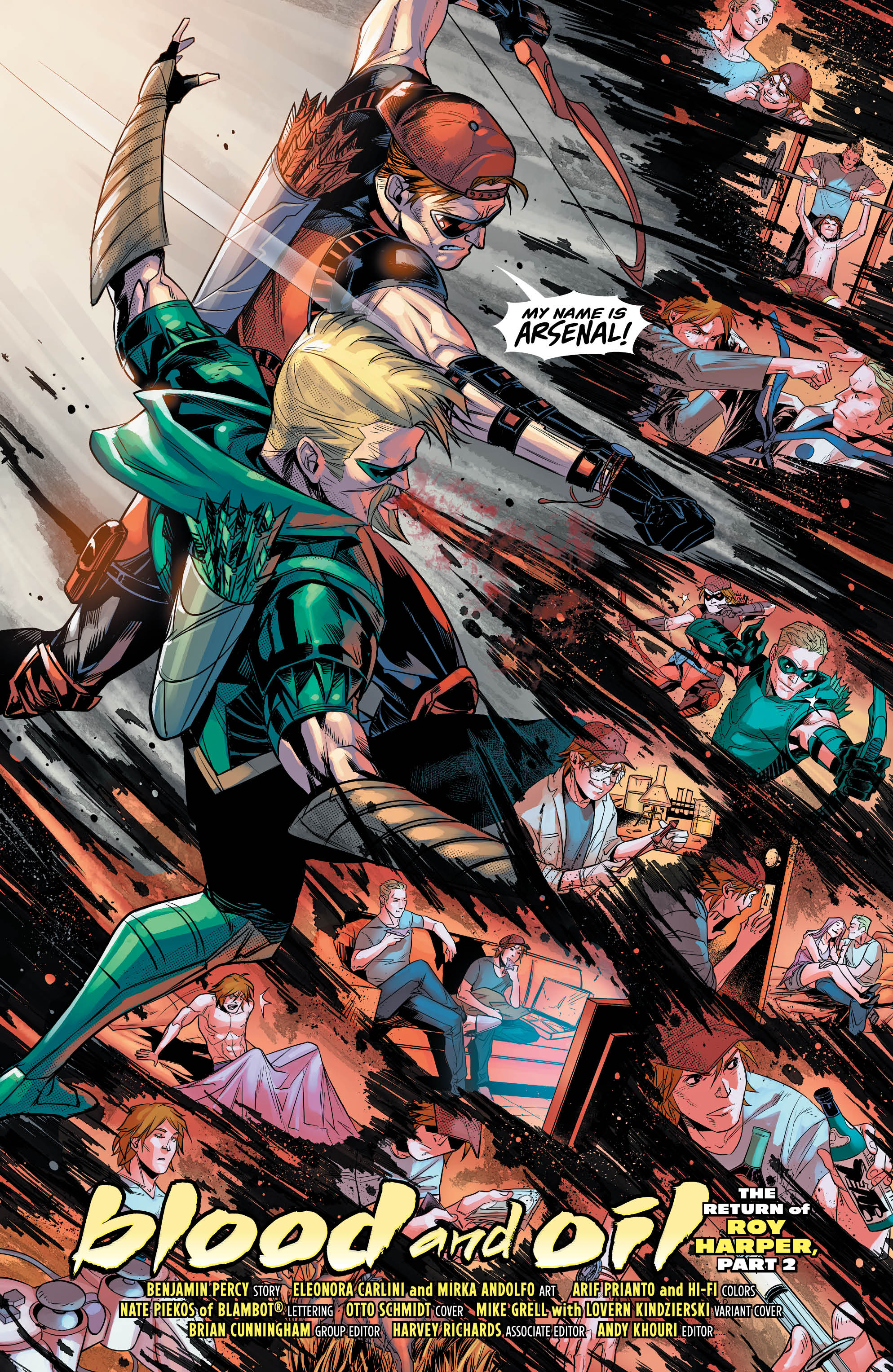 Black Canary is awesome in this issue. Her entrance is bad ass and looks great. I also like that she is the voice of reason. That was a major aspect of her character before the New 52. She’s always had this friendliness about her that makes it easy for the other heroes to talk to her. I liked seeing that showcased here.

The political allegories are still strong in this issue. I like Dinah talking about how in-fighting can cause people to lose a lot, such as an election. I like that Benjamin Percy is dealing with the Dakota Access Pipeline still as well as the relations with Native Americans.

I’ve never really cared for the New 52 version of Roy Harper and he’s not much better here. I get that he has issues with Oliver, and rightfully so, but there are more important things happening. If it was after the battle, that would make more sense. But his supposed family is being attacked and killed all around him and all Roy is doing is whining about his strained relationship.

Oliver and Roy’s breakup in the flashbacks is not great. It kind of comes out of nowhere. I’m not sure why they have such a strained relationship or what their issues are. Trick arrows and a party seem to be the main reason they hate each other. It’s weird and kind of forced.

I’m not sure how well the flashbacks fit into the continuity of the New 52. Count Vertigo doesn’t really seem to match at all what we saw in Jeff Lemire and Andrea Sorrentino’s run. I also don’t think Lemire ever gave the impression that Ollie and Vertigo had ever met before but I could be remembering it wrong. I guess there could be two Count Vertigos like on Arrow. It’s not a big deal but I was a little distracted by it.

This is a pretty good issue. Roy is obnoxious but he doesn’t take away too much from the issue. The action is solid with some cool art. Black Canary gets a lot to do both as a fighter and a character which is always the correct choice. It’s well written with solid political themes and it’s an enjoyable read. I recommend checking the issue out.