Summary
As the third installment of Superman Reborn begins, we once again see Jon’s disappearance, but this time from Jon’s point of view. Then we return to Superman and Lois, but now Lois doesn’t remember Jon or that she and Superman are a family. 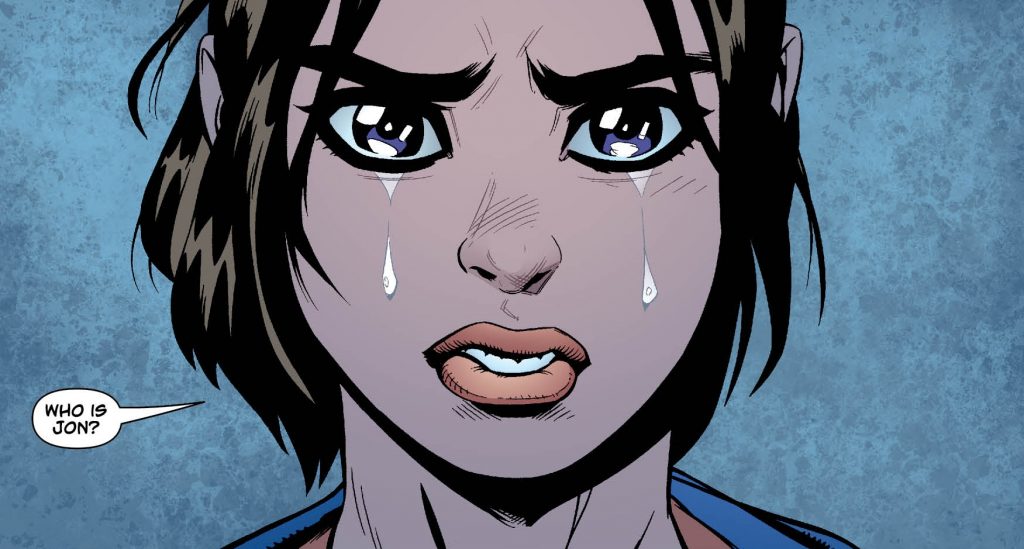 Mxyzptlk appears and declares that he wants to play a new game with Superman. He then transports him and Lois to another dimension pervaded with a blue glow. He suggests that Superman leaves Lois behind, but Clark insists that they stay together. 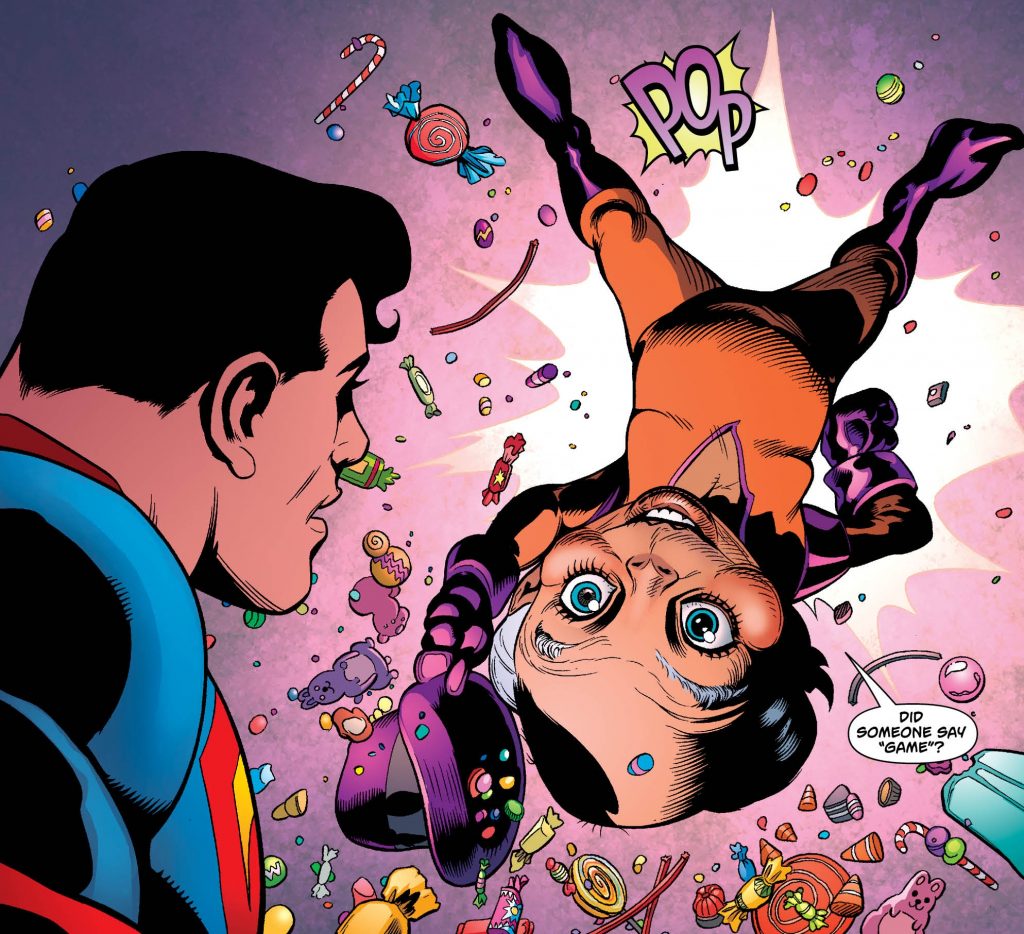 Superman and Lois work their way through Mxyzptlk’s game, reliving scenes of their life together, but in each scene, they are surrounded by a blue glow. Finally, they reach the re-enactment of Superman’s death after fighting Doomsday, and Mxyzptlk declares himself the winner.

However, as they start to fade from reality, Superman refuses to go and forces his way back, bringing Lois with him. As they approach the Planet globe where Jon is, Mxyzptlk appears, accusing him of cheating.  Check out the issue to find out what happens next.

Between this issue and last week’s Superwoman, it seems apparent where the story is headed. The pre-Flashpoint Superman and Lois, as well as Jon, are repeatedly shown in the issue suffused with blue energy. This goes all the way back to the first issue of this series, where Superman left a patch of blue energy on the ground at the New 52 Superman’s grave.

However, this raises the complicated question of what will the whole Superman be when the two beings are inevitably merged back together. Will he have both the memories of the New 52 universe’s Superman as well as memories of his life in the pre-Flashpoint DCU? Will he and Lois continue their lives in Hamilton County, or will they return to their lives at the Daily Planet? And what will their marital status be? Will they claim to have been secretly married and reveal to the world that they have a son? There’s a lot that will have to be sorted out in their future. 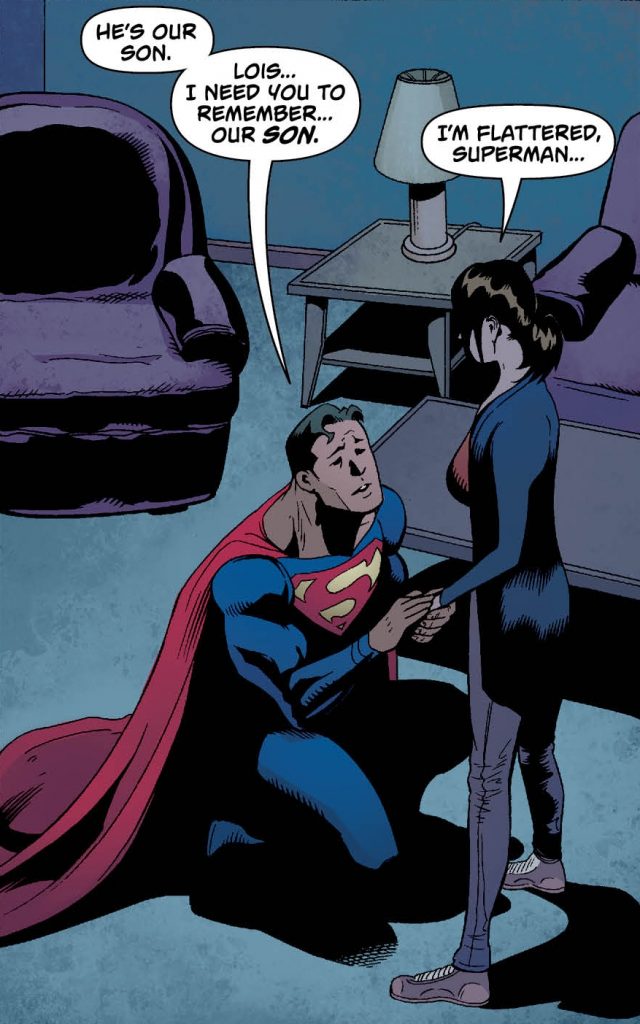 Also, what does this mean in terms of the overarching Rebirth storyline. Lois appears to be likewise split into a red and a blue duplicate. Does that mean the entire DC Universe was split into red and blue versions, with the New 52 DCU being the red version, and the pre-Flashpoint DCU being the blue? And does this mean that the two will have to be remerged into the real DCU? But wasn’t Superman and Lois’s home universe destroyed? There are a lot of questions left to be answered yet. However, these questions aren’t really negatives if they can be answered in a satisfactory way.

The last chapter of Superman Reborn is yet to be played out, but this issue makes it apparent that the writers have a clear idea of where things are headed. Given the indications evident in this story and in DC’s solicitations of upcoming issues, that Superman is being restored to an approximation of his classic status, but keeping important new elements of his legend such as his son Jon, the new Superboy.