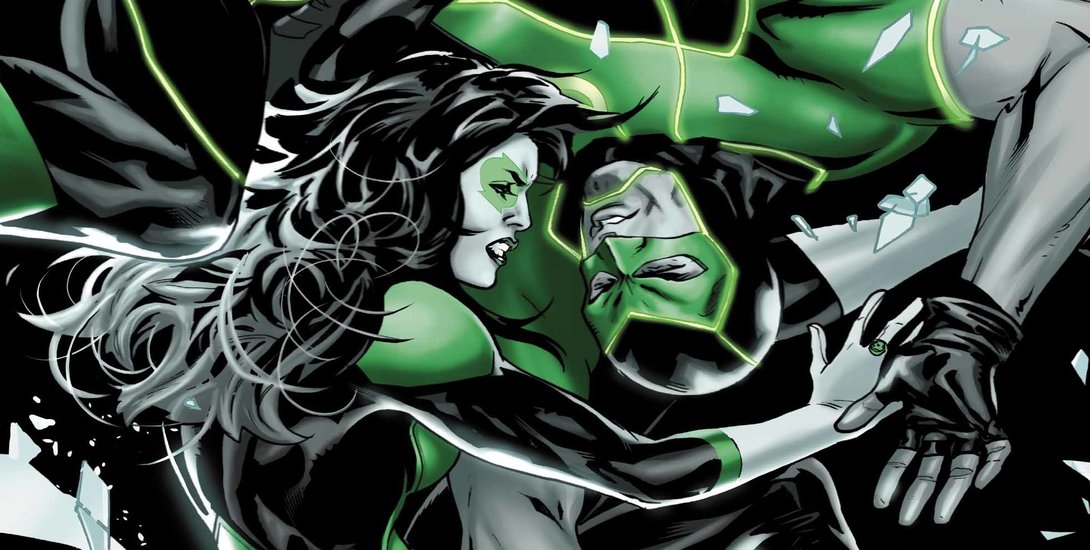 Summary
The Green Lanterns attempt to get out of a watery grave, and continue their search for Doctor Polaris.

Positives
This was a great issue for a few different reasons. For starters, Jessica Cruz absolutely stepped up in this issue and carried the team, and I for one couldn’t be happier. She has been fighting her fear and lack of confidence for so long, it was great to see her come in her own as a leader.

I’m also really enjoying the Doctor Polaris character. Yes, he is the “villain” of the story, but as everyone knows, every villain is the hero of their own story. Neal Emerson was a brilliant scientist, whose experiments and ideas of curing cancer came under scrutiny. As such, he was discredited, and drummed out of the scientific community. This issue dives into what created Doctor Polaris, Emerson’s alter ego, and the internal conflict between the two. What makes this issue really interesting are the comparisons between Emerson and Simon Baz, which keep creeping up from time to time in this story arc, but none so evident as the flashbacks we get in this issue. Both flashbacks showing how Emerson and Baz were incredibly close to their respective brothers, both of whom are fighting for their lives right now. I wouldn’t be surprised if Baz somehow sides with Emerson in some way.

The art in this issue was perfect. Lines were fantastic in every panel, and colours were spot on. The emotion of Baz’s anger and frustration, and the contrast with Cruz’s calmness in the opening pages were great.

Negatives
Not too many, or any real negatives in this issue. I’m hoping in the next issue we can see the Lanterns try and talk to Emerson, rather then fight. Seeing how this issue ended, that’ll most likely be the case.

Verdict
Fantastic issue from start to finish. Good character development for both Lanterns, and Emerson, and really happy to see Cruz stepping up and being a leader when they were trapped under water, as well as lead the charge work with Cyborg. But hey, that’s J-Bird for you! Besides the main story, we also get a glimpse into what the next story arc may be, and here’s hoping we get more Guy Gardner.