Exposition is the name of the game in this issue. Miles stops off at home to drink and chat with his husband. He fills him in on the goings on at IO and keeps him apprised of the death toll. He takes it really well.  The Wild CAT team sits in a room and chats about why one member of the team can pull a piece of shrapnel from her head and survive. All things considered, they take it pretty well. An angry, racist, sexist, homophobe called Henry Bendix, locks himself away with his assistant and “his girl Friday” where he rants and raves about how much he hates everyone on earth. Other than shouting at people and drinking, he sees no real joy in life. It goes about as well as you can expect.

Oh. Right, one last thing. Michael Cray can make things dissolve with just a touch and he is going to die soon. So, you know…Miles asks him if he wants to keep working. 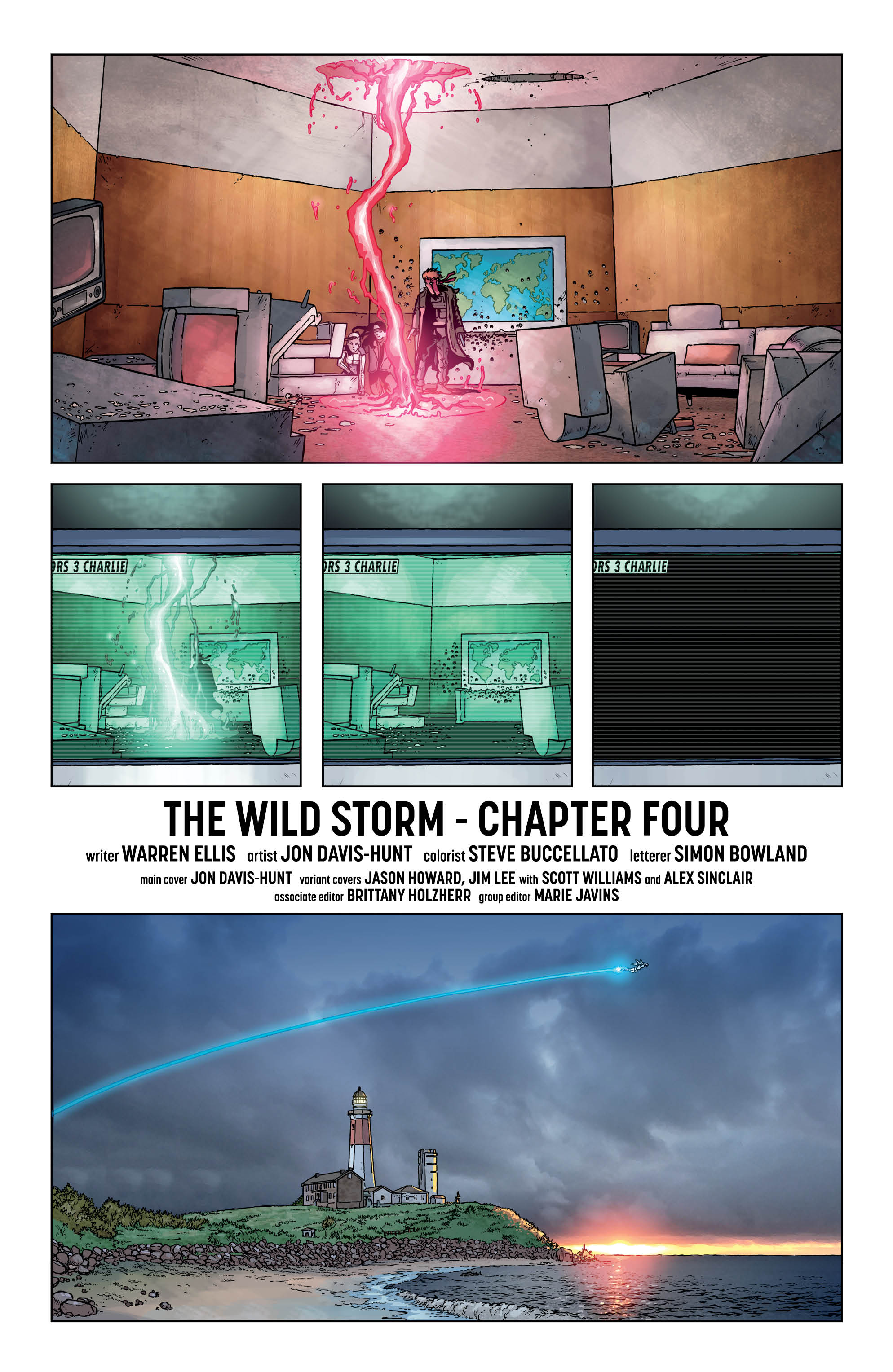 Warren Ellis has moved the plot along pretty briskly here. I am a fan of letting people figure things out on their own, but sometimes, we need a lecture or a speech or a soliloquy. We get them all here. I feel much more clear about how all of these moving parts fit together. I learned in my interview with Jon Davis-Hunt that there are indeed only 24 issues of this book planned. That means we have a lot of time to build up character, but not a lot of time to move along the plot. I can not imagine this is going to take place in real time, so when this is all over, just a few weeks will have passed. Considering Michael’s diagnosis, we know there is not much time. I am a huge fan of movies, books, and TV shows where people sit and talk just as long as those conversations have a point. Ellis has this formula down. When there needs to be dialogue, he is not shy about filling up pages and pages, but when there is no need for dialogue or speech bubbles or words at all, he turns things over to Davis-Hunt who captures everything we need to know. 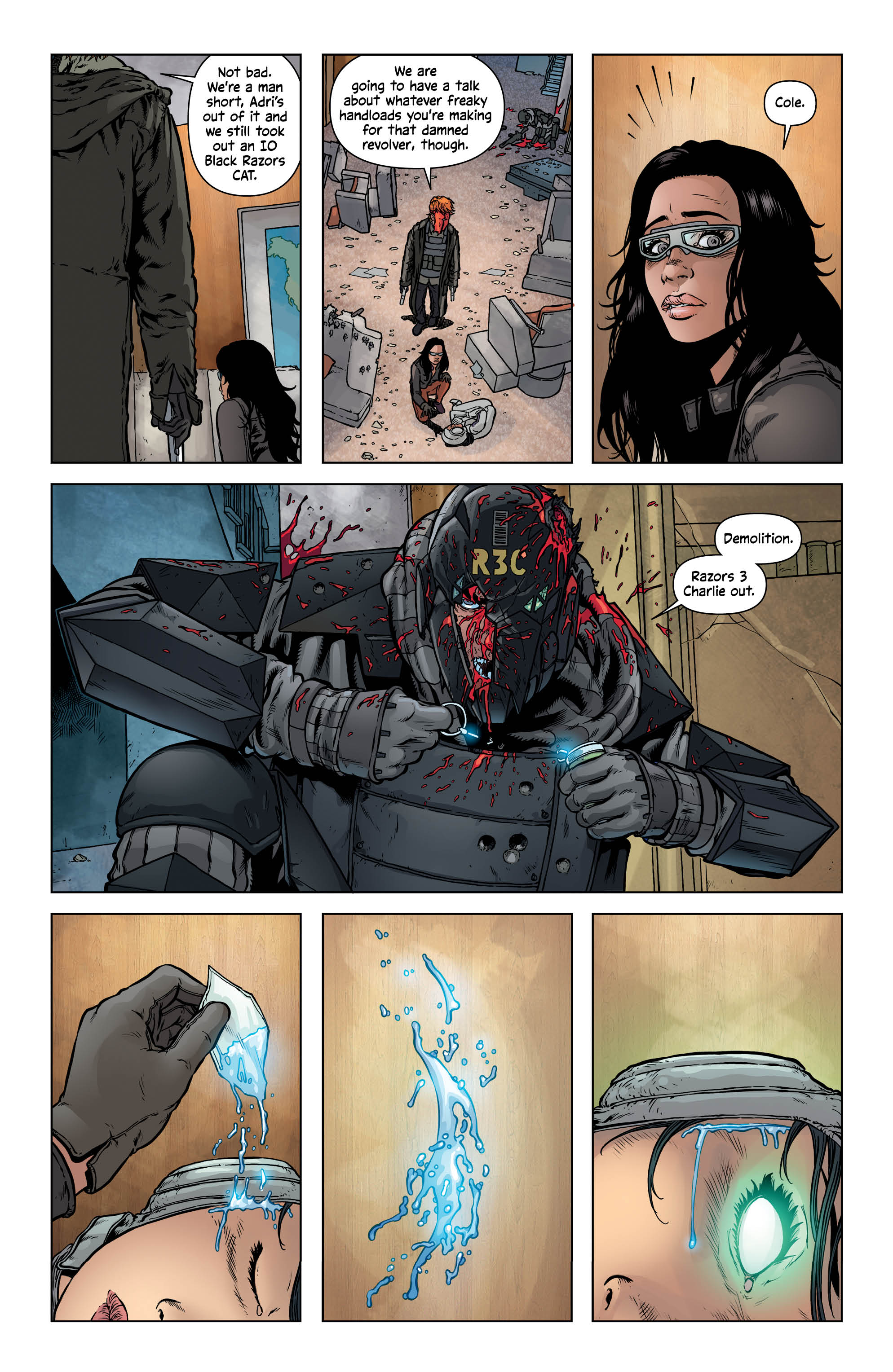 Speaking of Davis-Hunt, once again, he has some powerful images mixed with subtlety. For example, Grifter actually blows the brains out of two guys at once. It is graphic and visceral and I felt like I needed to check my shoes for brain goo. He bashes us over the head with the power of the scene and the moment. He also has moments where, because the cast is stranded on exposition island this month, he has to show small facial tics, smirks, frowns or even downturned eyes to covey the message. He pulls that off on pretty much every page. 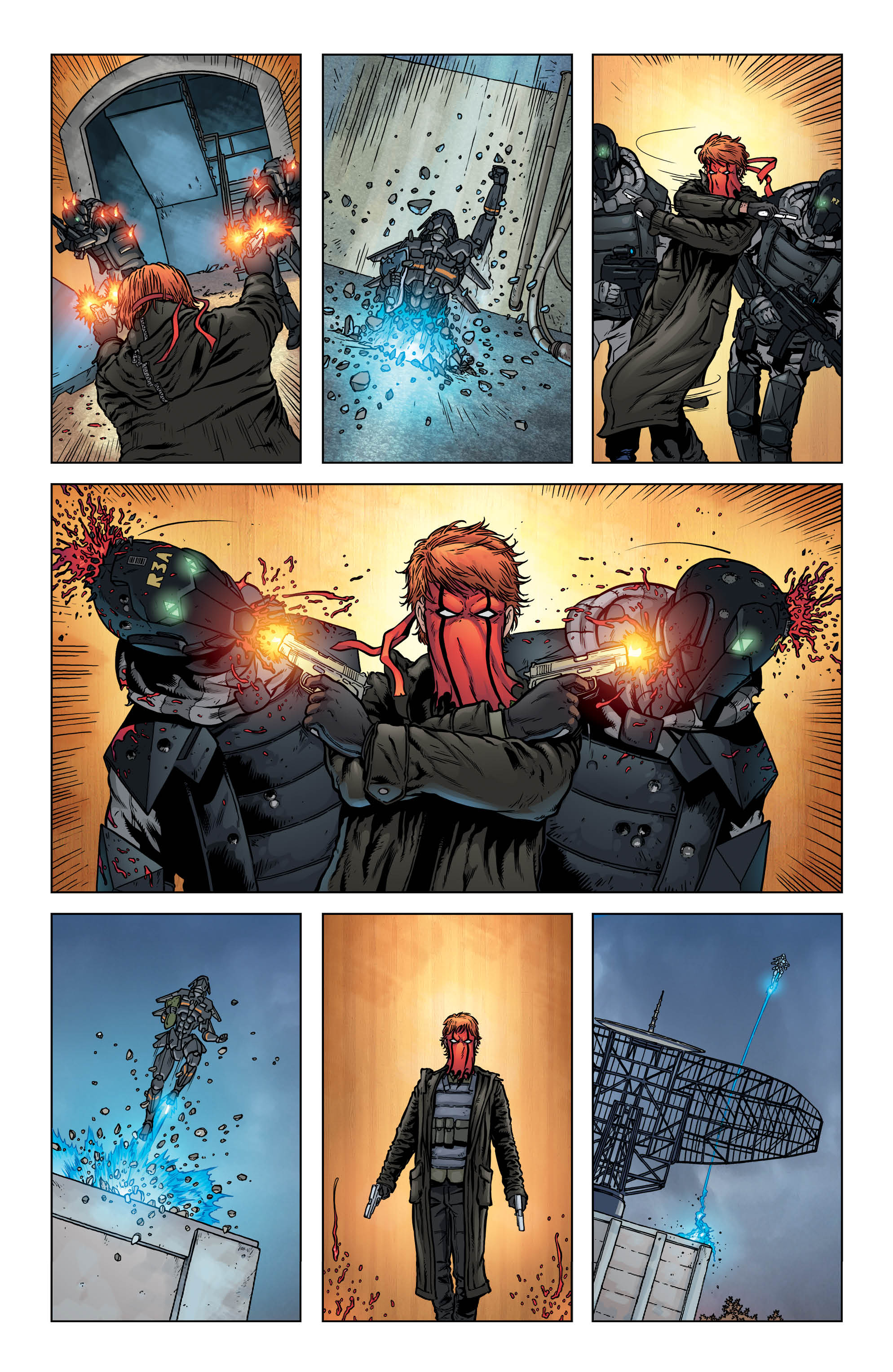 I feel like I need a Wild Storm to English glossary along with a character list. In this month’s episode, there will be a cameo by this lady, who was in one scene in issue 2. It will matter later. Also, this guy, does this and that woman is a teleporter and her name is…

It is not that I can not keep up with a series of complex characters and excellent story telling, I can. It is just that sometimes, I can not remember why some person is important because he or she was only around for half a page 3 months ago. If the only book someone was reading was this, it would all be fine and I suspect, when the six pack gets put together as a graphic novel, the readers will not even notice this dropping in and out of characters.

Miles’ husband sums it up best when he says, “So, how did crazy girl, get robot skin inside of her? Oh my God, that is something that I actually just said. God.” That is pretty much where we are in this book. The characters are all in the dark, so the readers are as well. Still, the characters are interesting and they make me want to come back for more.