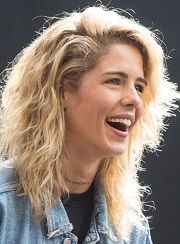 Over the weekend of May 27th and 28th, my home town of London was invaded by a veritable army of heroes & villains… or at least by the talented actors that play them. Amongst the stars were cast members from Gotham and all the CW Arrowverse/Berlantiverse DC TV shows. Emily Bett Rickards, star of Arrow and one of the founding actors of this particular branch of the DC Television Universe, was one of them.

Born and raised in Canada, Emily is a talented singer, dancer and actress. Her part as Felicity Smoak/Overwatch in Arrow was her first major TV role, and has gained her critical acclaim and an army of loyal fans worldwide. She has gone on to appear in The Flash, Vixen: The Animated Series and DC’s Legends Of Tomorrow.

I was fortunate enough to be representing DC Comics News at the event, so had the great honor of speaking with her about her work.

DC Comics News: Good afternoon, Emily, and thanks for speaking to me. This event is spectacular and I hope you’re enjoying London.

DCN: Arrow is going from strength to strength and Season 5 has been awesome. Did working on the show make you interested in comics, or were you a fan already?

EBR: I knew about comics, but was never really exposed to them. Working on the show has been a real education.

DCN: Arrow helped launch a whole TV Universe, which you’ve been a part of since the very beginning.

EBR: Yes. Seeing everything grow from our show… now there’s Flash and Supergirl and Legends. It’s so amazing that we helped get all that started. 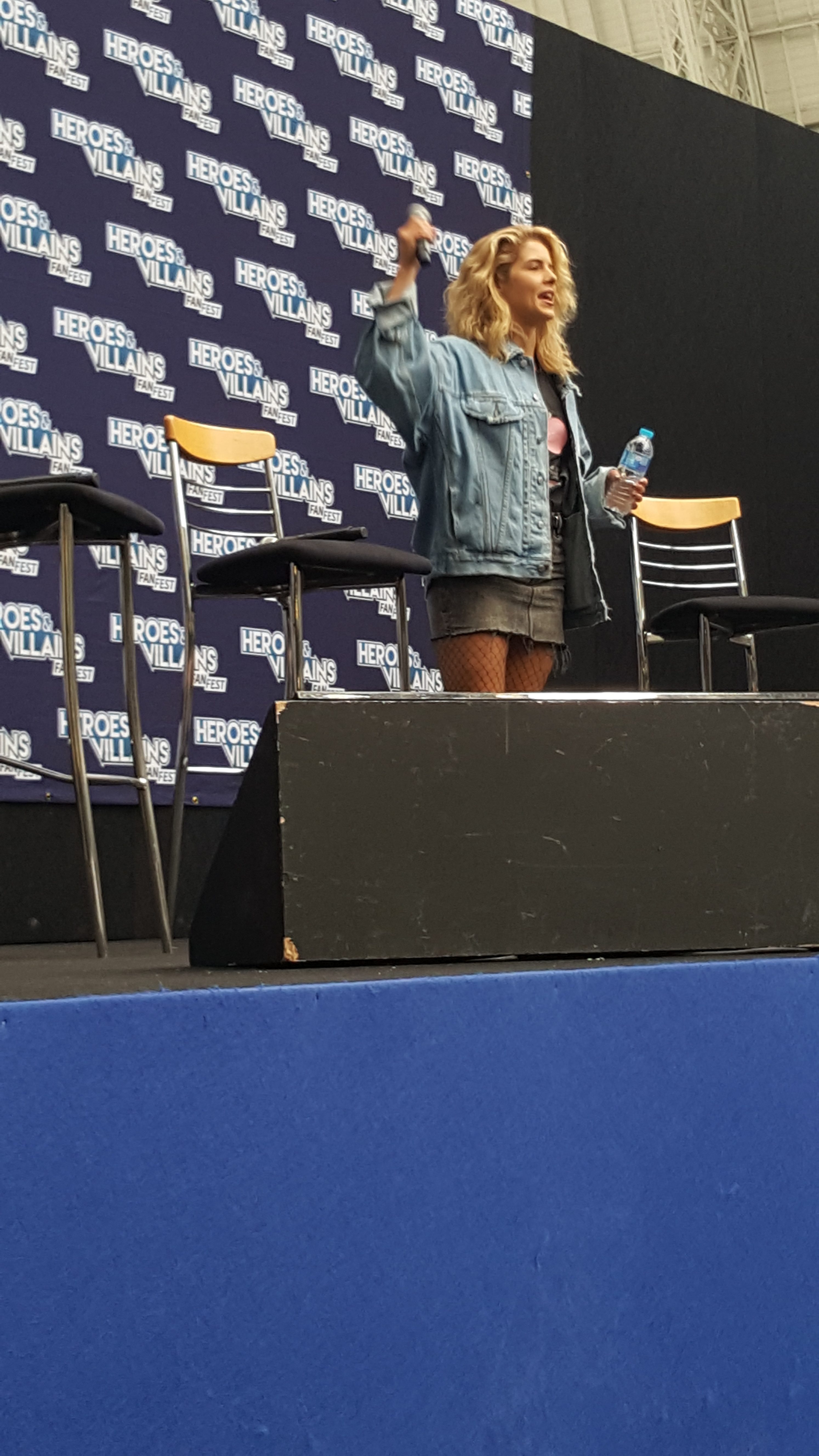 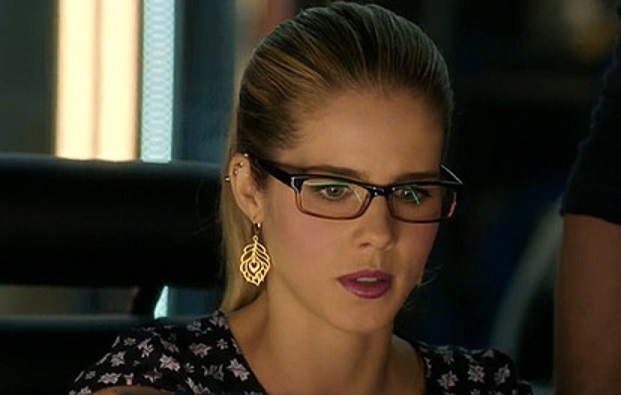 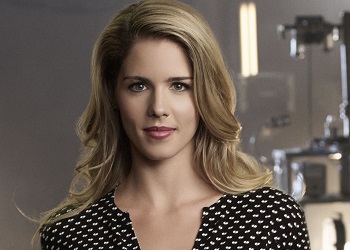 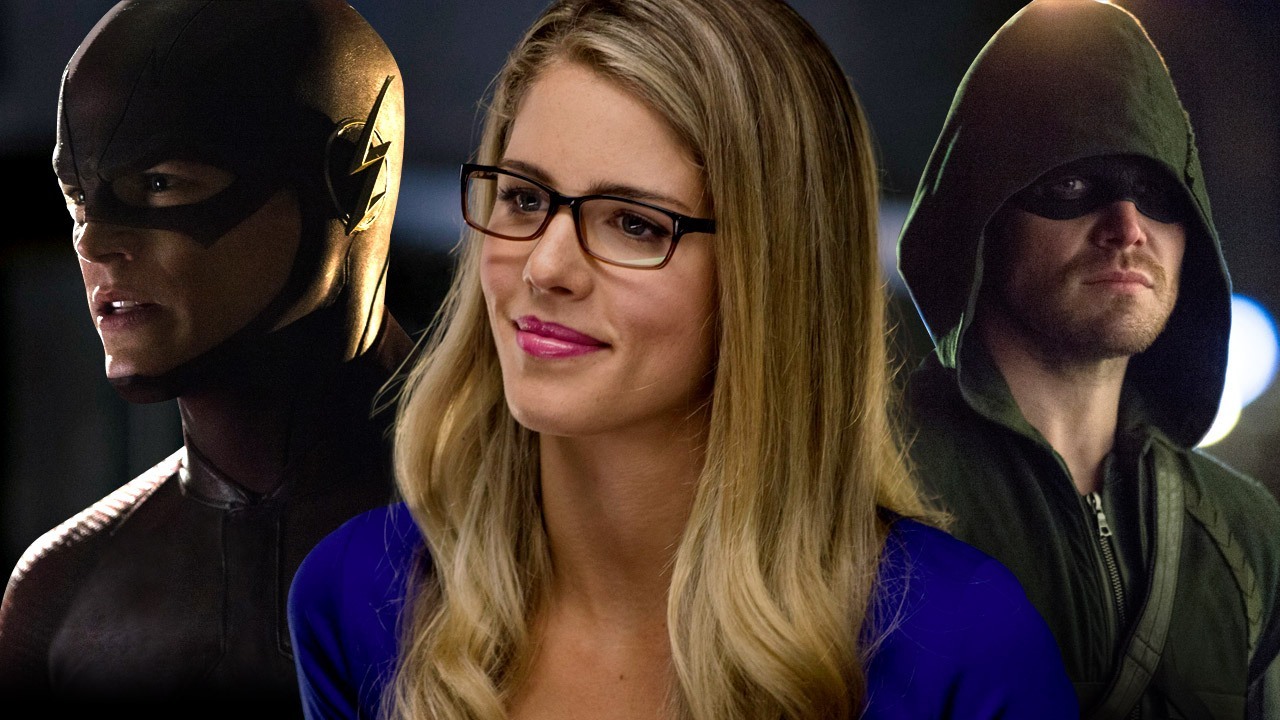 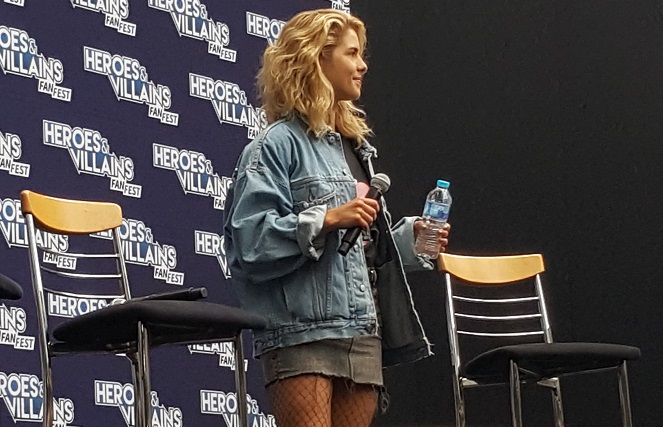 DCN: Is there anyone you’d love to work with?

DCN: On anything. Is there anyone you’d love to act with?

DCN: He’s downstairs! Maybe you can get the ball rolling.

EBR: He’s Stanley Tucci! (She looks at me, eyes wide in awe and respect for the veteran actor),  I can’t just go up and talk to him.

DCN: That’s exactly how I felt about coming up and talking to you, and to everyone who’s here today.

EBR: We may be on TV and everything, but there are people that we’re fans of too.

DCN: I know you’re asked hundreds of questions at every event you attend, you’ve probably been asked some questions a thousand times. Is there a question you wish someone would ask you? Something you’d like to answer.

EBR: No, not really. I like answering stuff because, mostly the questions are nice and fairly straightforward.

DCN: Is there anything you’d like your fans to know about you?

EBR: I love the fans. They’re the ones that make it possible to do what I do. Look at this place! Five years of Arrow… all the stuff that’s led to. That’s all down to the people that watch the shows.

DCN: But it’s also down the fine work of the people that make the shows… people like you. Thank you!

Seeing Emily star-struck at the mere mention of speaking to Stanley Tucci was a revelation. Here I was, mind blown at meeting people that I think are amazing, and one of those very people shows me that she’s a fan too!

It’s very easy to forget sometimes that our heroes are human beings. They may be famous, they may be celebrities but they’re people too. This whole experience has been a joy, and an education.

What do you guys think? Please let us know your feelings on these interviews and on the articles as a whole. We’d love to get your feedback.

Jared Leto’s Joker Gets The Poster He Deserves

The Great Wonder Woman Scene That Almost Never Was