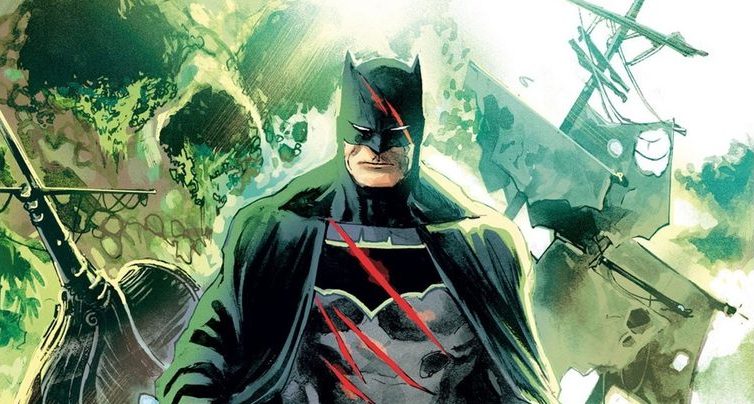 One of the more popular titles in the current run of DC’s Rebirth line of comics is All-Star Batman penned by fan favorite Scott Snyder (the writer responsible for the very popular Court of Owls story line in the New 52). This particular title was different from other comics in the line because they were written as self-contained story lines where Snyder would team up with great artists such as John Romita Jr. and Jock, to create a 5-6 issue story that gave Snyder a tremendous amount of freedom. The book was a monthly title selling at $5.00 upon its release but unfortunately it seems that system will come to an end according to Snyder.

In an exclusive interview with cbr.com, Snyder tells fans that although All-Star Batman as we know it is coming to an end, they can expect his work to live on in an all new format. Apparently, Snyder’s upcoming collaborations with the likes of Sean Murphy, Paul Pope, Afua Richardson, and Lee Bermejo will be reformatted in more prestigious formats that could possibly feature new paper sizes, different cuts but nothing has been formally announced. Here’s an excerpt from the interview with Snyder:

DC approached me and said, how would you like to take some of the stuff that you are working on with Sean and do it a new, prestige format? Instead of doing it monthly, why not do it in this format that would allow for it to be a bigger stage, both for Sean artistically, and to package the story in a new way and then allow every subsequent story that I was going to do with Paul Pope, with Afua [Richardson], with Lee Bermejo, be done in this format that really foregrounds the art – different paper size, different cut, the whole thing? In that way, it seemed obvious and a perfect solution instead of having them work month-to-month on a normal-sized, conventional comic, we could be some of the first people to try driving in this new lane for DC. I’m really, really thrilled about it.

Again, it’s strange because the work just continues. These are the stories that I had left to do for All Star. I’m just doing them in a new format. As much as we are shuttering All Star for now as a monthly series, those stories are 100 percent coming out, and you’ll see announcements about them really, really soon. I want to be super, super clear: in no way does this mean that the story that I was doing with Sean Murphy isn’t coming. Instead, the whole reason for switching it over from the monthly series to a new format because of how excited he was about the new opportunities that came with this kind of initiative that DC is starting up and they are going to announce really soon.

Fans and collectors can breathe a sigh of relief and can now look forward to hearing further announcements about this title as they become available.

Tags:All-Star BatmanBatmanScott Snyder
share on: FacebookTwitter Tumblr
previous article
Arkham Knight will be turned into a super-detailed 12 in figure.
next article
The DC Films Universe Prepares to Come Into the Light!