It appears that DC Entertainment is in the process of announcing some new writing and artist assignments for some of their most prominent titles in the DC Universe and Wonder Woman is no exception. On their website, DC Comics announced that the new creative team will consist of writer James Robinson (Starman, JSA: The Golden Age, Earth 2), Carlo Pagulayan (Deathstroke, Batman and Robin Eternal) and Emanuela Lupacchino (Supergirl, Superwoman, Starfire). Their first story arc will be called “Children of the Gods” and it seems that fans are in for a real treat. 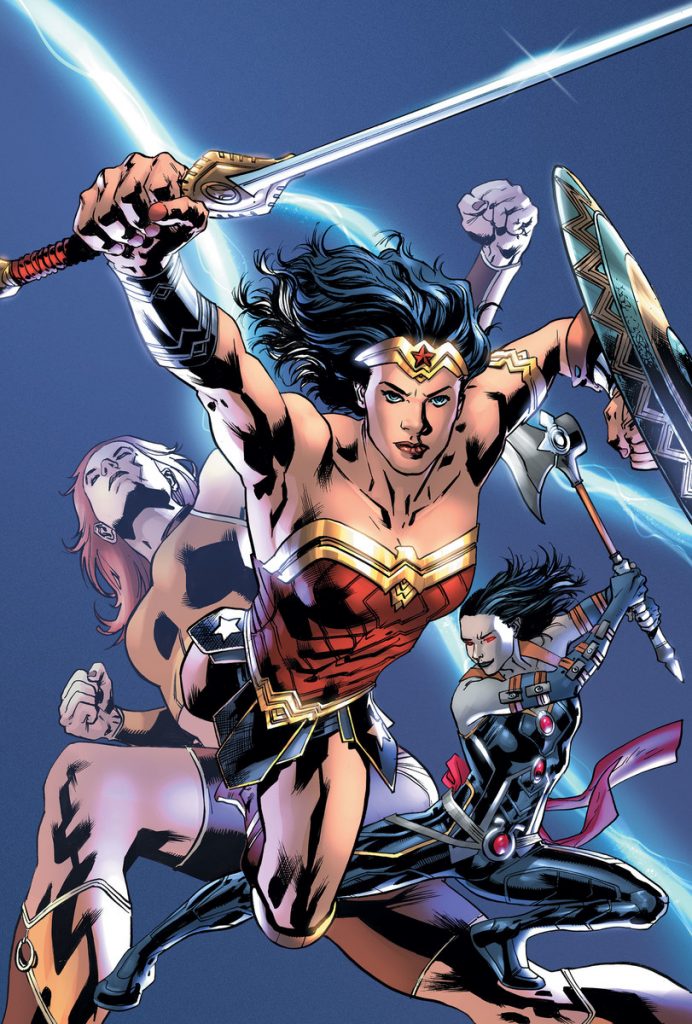 The story arc will focus on the question of who is Wonder Woman’s brother, the mysterious Jason, the only male ever born on the mythological island of Themyscira. What sort of impact will this character have on Wonder Woman and what are circumstances surrounding his mysterious birth on the fabled island? Fans are going to have to wait and see.

For those of you who read The Darkseid War (if you haven’t go read that right now), fans were introduced to the character of Grail, who is featured on the cover of the book. Grail has strong ties to the island of the Amazons and it should be very interesting to find out what this character has in store for Wonder Woman. The cover also features fan-favorite villain, Giganta, but not much as been released in terms of how she will tie-in to the story.

Wonder Woman #31 will be available in stores on September 27th.