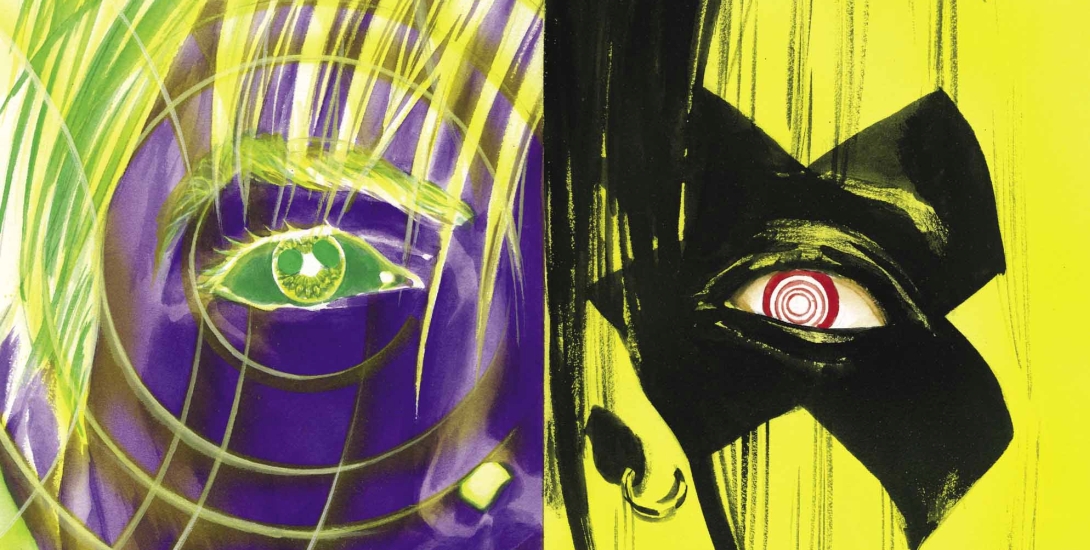 “WHAT BROKE THE BROKEN MAN?” part one of two! Astro City’s tangled history of superheroes, music, counterculture, serpents and darkness comes to a head. Heroes are destroyed, minds are shattered…and an unlikely savior rises.

It’s an interesting idea to use a character that can break the fourth wall in a comic, especially when not done for comic effect like Ambush Bug or Deadpool. Our purple-skinned host makes it clear that he is talking to the reader and that he knows he is in a comic book. He even complains about comic books being too short.

And who is this purple-skinned person? My guess is that it is Glamorax’s current form. If so, this will likely become apparent over the subsequent parts of the story.

I find quite fascinating, the idea of a superhero that embodies each generation’s counter-culture movement. Usually there have been superheroes that have been based on such themes, but the idea that these heroes might be the same person in multiple forms is an intriguing angle.

Breaking the fourth wall is an effective way to get the reader’s attention, but it can be a distraction if overused. I don’t think we have to worry, as the title will move onto a new cast of characters in the next story arc, so our purple host won’t stick around to keep breaking that wall.

Busiek is a master of finding some new voice that gives us a different look at the world of Astro City. The title remains as fresh and exciting as it ever was.