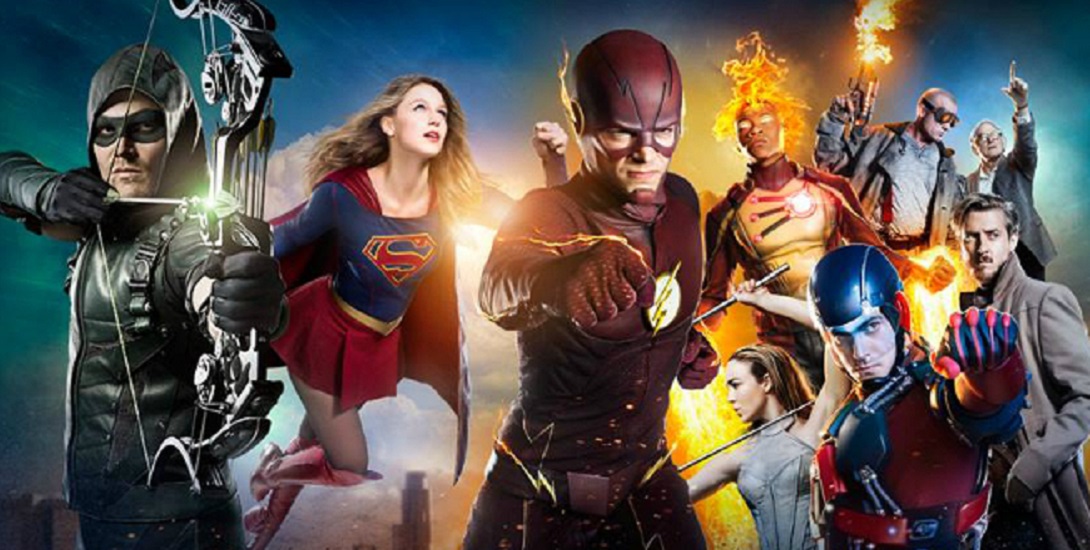 For fans who think last year’s four-episode arc “Invasion!”, spanning all of the CW’s Arrowverse shows, was the coup de grace, producer Marc Gugghenheim promises more fun is on the way.

In a recent interview with Entertainment Weekly, Guggenheim hints at higher stakes for the heroes of Arrow, The Flash, Supergirl, and DC’s Legends of Tomorrow:

“The crossover is always the most challenging thing we do, but it’s also the most fun. Each year we feel the pressure [to top ourselves.] Topping last year’s, that’s the high bar, if there’s no other reason than what do you do that’s bigger than aliens?”

Last year’s crossover focused on the alien race known as the Dominators descending to Earth for initially unknown reasons, and it had been up to Barry to recruit Team Arrow and Team Legends to ally with Team Flash to combat them against Lyla Michaels’ (new A.R.G.U.S. head) wishes. Everyone got their moment in the sun, as the plot managed to tie in subplots such as the revelation of this invasion being another result of Barry’s ill-advised trip back in time and creation of the Flashpoint reality. For Arrow, their part coincided with the 200th episode and brought back now-deceased characters in a virtual reality created by the Dominators for the trapped Team Arrow, as well as a chance for Oliver Queen to make peace with those losses. This was Kara Danvers’ official introduction to the Arrowverse universe as Supergirl from her dimension, Earth-38, and the inception of the TV version of the Trinity (her, Oliver, and Barry rather than Batman, Superman, and Wonder Woman). And finally, advancing the saga of the Legends’ mission to correct aberrations in the time stream, all the while some members try their best to conceal and protect those closest to them.

Still, Marc believes the upcoming four-part saga will redefine and improve upon the concept, in particular Supergirl’s inclusion. Her episode – which was officially part one given it fell on a Monday airing – only introduced the crisis in the final part of her chapter rather than focusing on it for the entirety of the hour.

“We’re hoping to do a true four-part crossover. The great thing about our dear friends at the CW and [president] Mark Pedowitz picking up the shows as early as they did [is that] it has allowed us to start building the schedules for next season.”

Gugghenheim however did not reveal exactly when this crossover will take place in the fall season. Stay tuned in to the Arrowverse and DC Comics News to find out.