Holy dose of reality, Batman! Every DC Comics fan has been marvelled by the acrobatic and fighting abilities of the Dark Knight’s first and best protégé. And after shows like Arrow and the past DCU movies have set the bar high on physical performance, Nightwing director Chris McKay expects his lead to encapsulate that completely.

Famous for his work as director of last year’s Lego Batman Movie, McKay is a devout Nightwing fan and went into detail as to what fans can expect in Grayson’s first solo cinematic treatment, which hints at a possible (and hopeful) cameo from the Dark Knight himself, played by Ben Affleck.

“The story of Dick Grayson becoming Robin, and then becoming Nightwing played out for us, in the comics in real time. It wasn’t a flashback. We experienced it. So all of Robin/Nightwing’s successes and failures, we were along for the ride. And people who underestimated Robin or dismissed him perhaps had their opinions changed as we watched him ‘grow up’ right in front of us. His relationships, his conflicts with Batman, it all felt real to me because he was the window character with which we experienced Gotham City.”

Besides holding the title as the first Robin the Boy Wonder, Grayson also was the first teenage sidekick in comics in 1941, created to make the then-gritty Batman books more accessible to younger readers. Orphaned as a child circus acrobat by crime, young Dick was taken in by Bruce Wayne as his ward, who then trained him to help bring his parents killers to justice and continue on as his crimefighting partner. During the 1980s, writer Marv Wolfman and artist George Perez had the older Grayson retire his red tunic during their epic run on Tales of the Teen Titans given Jason Todd had assumed the mantle of Robin in the Batman titles. He chose to adopt the name Nightwing after a motivational chat with Superman about a Kryptonian hero of the same name. From seasoned team leader – who some say is better than his mentor – to protector of his own city of Bludhaven, Nightwing has become his own man in many respects. 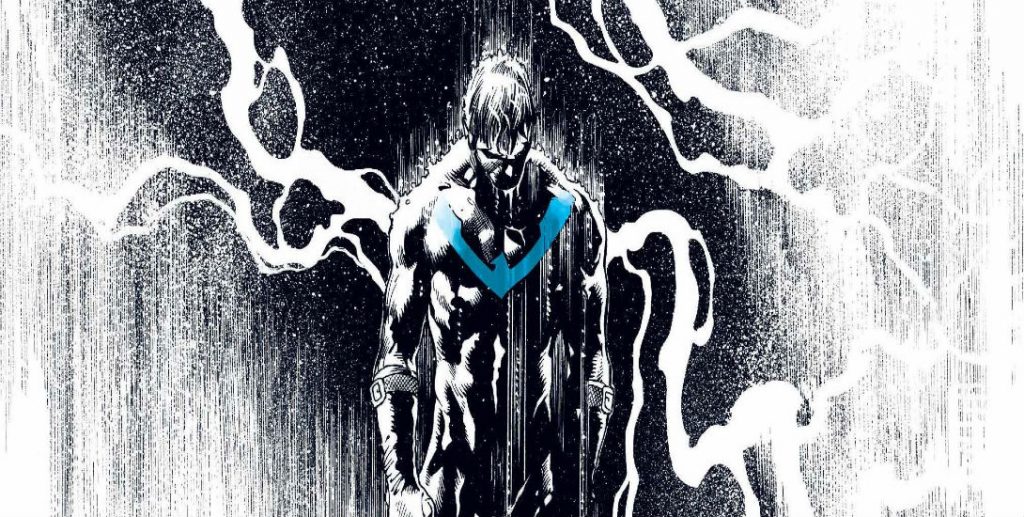 Although in pre-production, we may see Nightwing hit the screens before Matt Reeve’s The Batman since the script has been scrapped. Still, audiences have seen Dick Grayson on the big screen before. Burt Ward reprised the role from the television series for the equally campy Batman: The Movie in 1967. In 1996, Chris O’Donnell inhabited the role in Batman Forever, and again in 1998 for the much-panned Batman and Robin, the latter depicting O’Donnell in a suit similar to the Nightwing costume in the comics albeit with a cape. But McKay wants to get to the heart of Dick Grayson and the key to that is choosing an actor willing to test his limits in the athleticism worthy of Ben Affleck’s Batman.

“He has to, “ says McKay. “It has to be full commitment. Every day. It is going to be gruelling from a martial arts, gymnastics, and stunt perspective. Also emotionally taxing. It’s going to be real.”

Based on this description, McKay’s direction appears aimed at a more grounded hyper-realistic take on Nightwing’s athleticism. This is not the first time an actor has had to physically prepare for a superhero role with such discipline. Stephen Amell, who brings such a delivery to Oliver Queen’s fightying style on the CW’s Arrow, had already been in training for six months before filming and keeps in fighting shape through weights and parkour. Henry Cavill went through Navy SEAL weight training to capture Superman’s physique for Man of Steel. Ben Affleck went through similar conditioning to rebuild his body for Batman v Superman: Dawn of Justice. Further, Batman’s warehouse brawl is heralded as capturing the fearsome aspects of the character, and it looks as though we will see such a bare boned approach in Nightwing.

Whenever he is cast, and whoever it will be under that mask, that actor will have to be willing to hold his own alongside all these examples. He must be more than just a guy in a fancy costume.

To those actors reading this article, are you game?