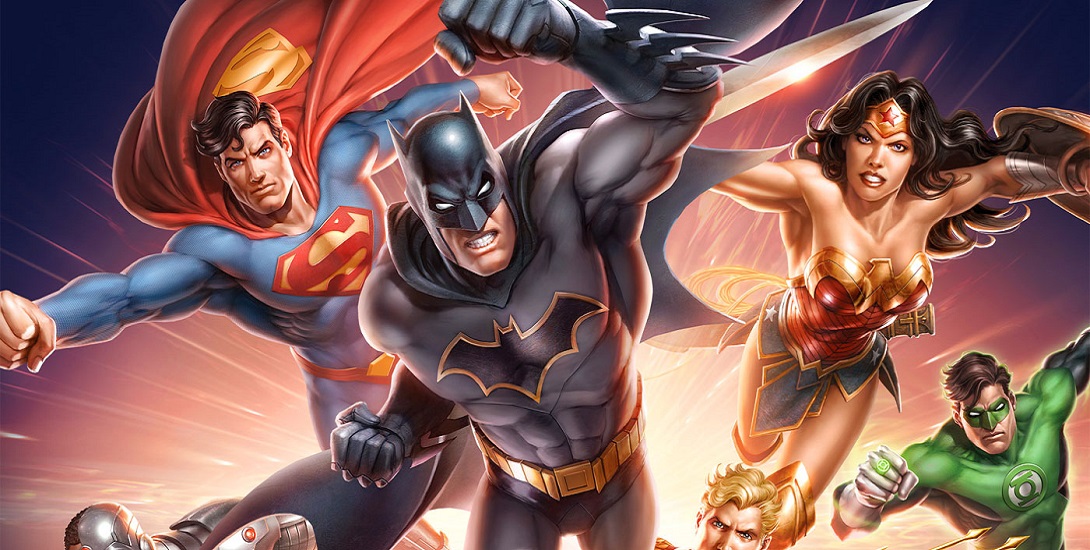 Also present were some of the key voice actors, such as the defining voice of Batman’s animated films, Kevin Conroy. Tara Strong (in full Batgirl costume!) was also in attendance to bring Harley Quinn and Batgirl to the table, accompanied by other voice acting powerhouses John DiMaggio (Batman: Under the Red Hood), Vanessa Marshal (Justice League: Crisis on Two Earths), and Christopher Gorham (Justice League vs. Teen Titans).

Immediately after introducing the panel, they stopped for a surprise announcement that Burnett would be receiving a coveted Inkpot Award. Burnett, often praised for his incredible work and visionary scope for Batman: The Animated Series, among many other DC classics, was met with a standing ovation from the crowd.

The panel assembled to celebrate the lasting mark the DC animated movies have brought to the DC universe. Conroy cited the strength of the films and series by saying that fans of all ages were able to connect with them. Fans unfamiliar with the animated movies may dismiss them as child-oriented due to the cartoon medium, but the panel challenged this, with Conroy stating, “The writers were never writing down to the audience.” Burnett mentioned the dark overtone and “real movie feel” of Under the Red Hood as a prime example of transcending the boundaries of the cartoon world.

Promoting the upcoming box set collection of all the DC Universe Animated Movies, they teased us with an impressive compilation of the greatest moments from the span of movies and shorts that will be featured. The upcoming set will include all of the special features from the original home video releases, as well as new ones, such as additional behind-the-scenes and a tribute to Darwyn Cooke. Even the panel itself will be in the collection!

The fan Q&A session brought some of the real substance to the panel. Timm said that his greatest disappointment was New Frontier, wishing he could have expanded it through another movie to do it proper justice. At one point, the panel descended into a fit of giggles after a few panelists struggled to delicately state that Cooke was tremendously talented, but perhaps a bit of a difficult person to work with.

When asked about upcoming projects, a Shazam animated movie was listed as a possibility, and they mentioned some internal discussion about using Sandman characters in a feature down the line. When asked about Batman Beyond being released in the near future, the panel stated that they did not know of any upcoming plans for it. Birds of Prey was also inquired about, but the producers on the panel stated that Black Canary and Huntress are not established in the universe, but they all are fans of the comics and would love to adapt them.

Look for the upcoming box set release of DC Universe Original Movies: 10th Anniversary Collection coming to Blu-ray November 7th. Boasting 30 films, five shorts, and special features/exclusive content, it will be one not to miss. Alternatively, you can pick up a digital copy of the 30-film collection much earlier, available August 15th.