“THE FIRST ALLY” part three! When Batman discovers the truth about the man under the Nemesis mask, it could change everything between him and Alfred forever. 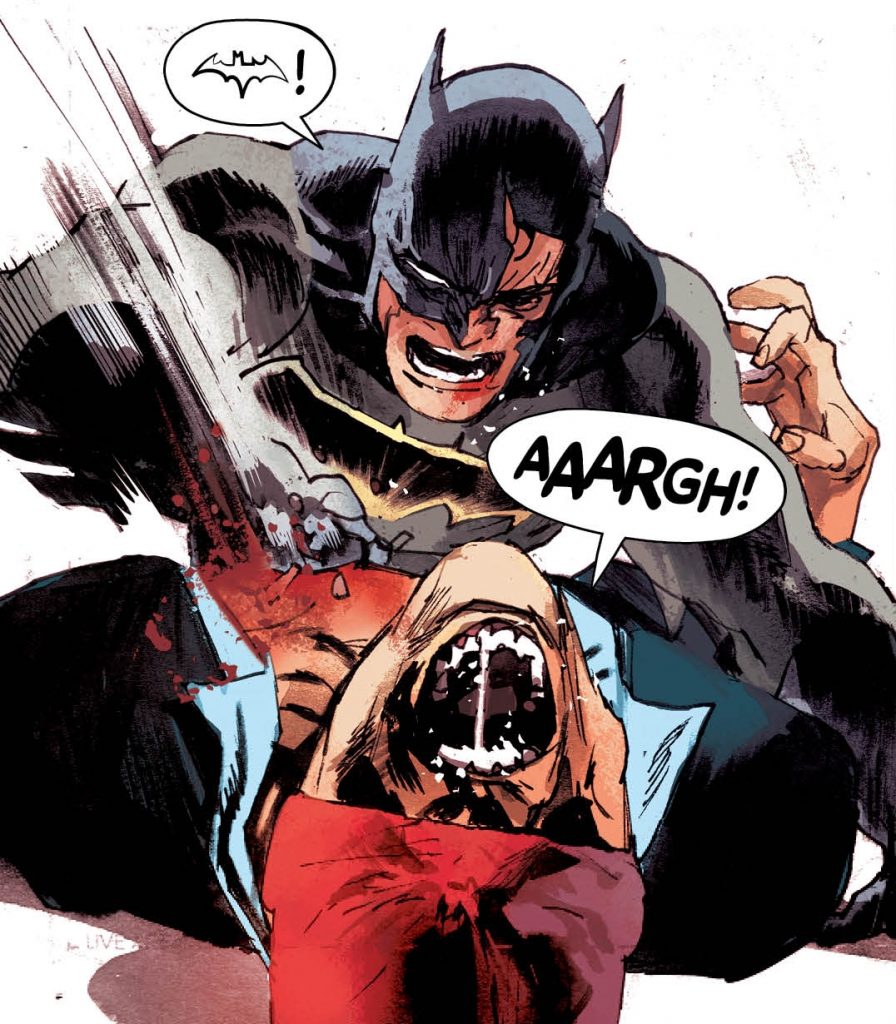 This storyline focuses on Alfred in a way that we rarely see in Batman stories. Often we see Alfred as Batman’s assistant, or his faithful servant. But Snyder is reminding us that Alfred is more than this – having taken on the task of raising Bruce at a young age, Alfred has also been a parent to Bruce. Out of respect for the Waynes, Alfred has never claimed the title, but he has as much right as Thomas Wayne to call himself Bruce’s father.

Also, we are learning much that was previously unknown about Alfred’s past. It seems that Alfred was being groomed to take on a very similar role that is very similar to Bruce’s Batman persona for the British MI5.

This raises a number of interesting questions. In the past, it has been assumed that Bruce was the main designer of his Batman persona, and that Alfred dutifully assisted. But this story leads me to wonder if maybe Alfred had a more active hand in guiding Bruce towards his career as the Batman.

The backup story is picking up steam, but I can’t help but think that Batman’s fight against Russian mobsters was a rather poor showing for someone with Batman’s level of skill. Batman should be easily able to take out a mere three armed guards without raising any alarm. A fighter of Batman’s caliber should not have bungled the encounter like that.

I am loving the main story and its unique focus on the relationship between Bruce and Alfred. The backup story still has potential, but I feel it made a major misstep in its portrayal of Batman’s abilities as a crime fighter.