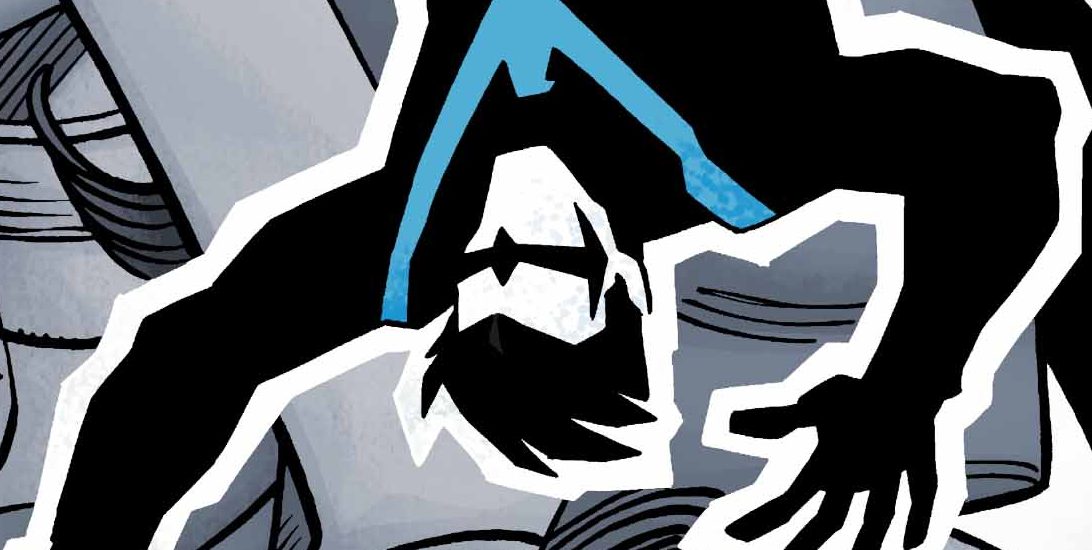 Reeling from the death of Brendan Giz Li and his break-up with Shawn Tsang, Dick Grayson’s personal life spirals out of control. As Nightwing, he partners up with Gotham vigilante and Bird of Prey, The Huntress to root out the assassin responsible for Giz’ murder; Gianni Dracul

This issue of Nightwing lets Dick and Huntress join forces again, but this time neither of them are Spyral agents. The duo kick ass, quip in Italian (So Helena can’t wiggle out of the no-kill/non uccidere nessuno rule) and chase down leads until the mystery of the Second Hand group unravels in the book’s climax. Whether Dick is in the right place to take on the clandestine criminals is debatable, as his mind is pretty fixed on his personal failings, which are definitely starting to pile up.

All this emotional strife means Nightwing has to do his whole physical therapy thing where he beats bad guys unconscious with Escrima sticks to bring peace and order to his own internal dialogue, which means more sick fight sequences. Can Nightwing knock someone out without making a pun? Of course, he can’t.

Meanwhile, in Bludhaven city Shawn Tsang reconnects with Beatrice Butler (The Pigeon) following the death of their friend Brendan Li, and the end of her relationship with Dick Grayson. Pigeon has been released from prison, having convinced her parole board of her successful rehabilitation. However, Beatrice always intended to return to a life of political and civil protest and hoped to reinitiate Shawn into their old lifestyle. After struggling with her life as an unmasked civilian, Shawn doesn’t wait long before donning her old Defacer costume.

Shawn goes through a full 180-degree change of heart over Pigeon’s suggestion of civil disobedience. For what it’s worth, I was totally on Pigeon’s side with her planned “art exhibit” involving a new Statue of Mars for the Bludhaven Casino. It’s a protest, and that ain’t no crime in a democracy. Shawn does come to see things Pigeon’s way, but it happens off the page. After all the time this series has spent with Dick and Shawn, their strenuous relationship and personal identity crises, it was a little disappointing that we as the readers don’t get to read the moment Shawn decided to return to her Defacer persona.

It might have taken up too much time, and this book is about Nightwing after all, but I was still sad to see Shawn’s part rushed. We know Nightwing and Defacer will have a masked domestic before the run is over, and I’m sure Dick will have something to say about Defacer’s return. It would have been nice to have really felt Shawn’s fatigue with ‘normal’ life rather than just hear about it second-hand.

With unexpected twists and personal development out the whah-zoo, this issue of Nightwing fights to the centre of the Second Hand mystery while seeking answers for his friend’s death, and lets the life of Dick Grayson: Ordinary Guy burn quietly away to nothing. The pressure is building in Bludhaven.