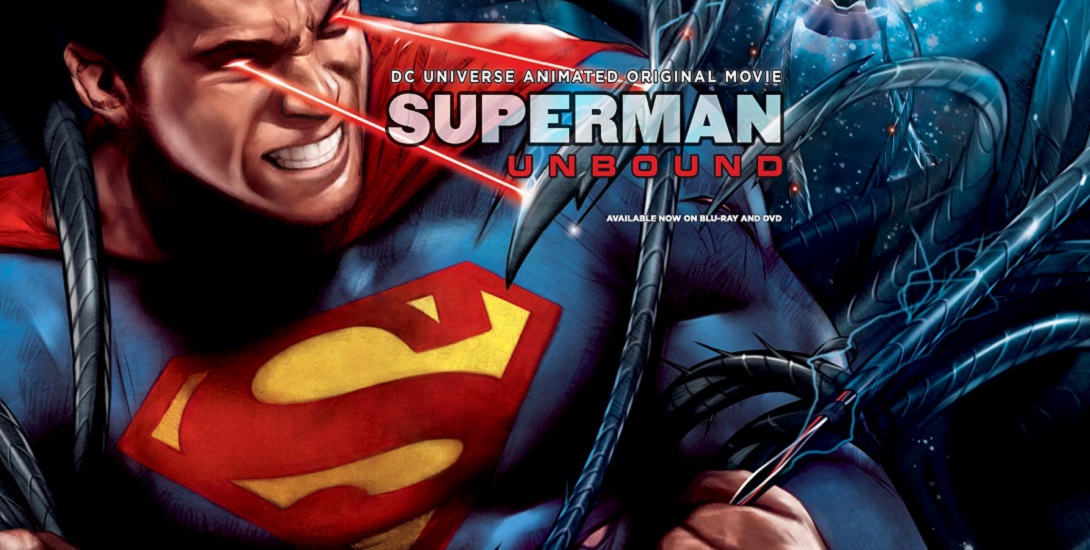 Superman: Unbound is based on the 2008 comic book miniseries “Brainiac” by DC Entertainment creative head Geoff Johns and artist Gary Frank. The story re-imagines one of Superman’s most iconic villains – Brainiac – as an alien-turned-cybernetic organism seeking to catalogue and control countless alien cities, which he shrinks down and keeps as mementos aboard his ship, before destroying the very planet he robbed.

When a Brainiac probe droid lands on Earth, Superman intercepts it and learns from his cousin, Supergirl, that Brainiac once attacked Krypton and made off with the city of Kandor – an attack Supergirl barely survived. Determined to free Kandor and stop Braniac, Superman flies off into space; however, Brainiac is stronger and more cunning than the Man of Steel could’ve imagined, leaving Metropolis vulnerable for theft, and Earth facing destruction.

Quite possibly one of the most faithful DCUA adaptations, Unbound captures the imagination and emotional arc of Johns and Frank’s story pretty well (sans the subplot involving Ma and Pa Kent). Especially well adapted is the story of Kandor and Supergirl – her struggle with the powerlessness she felt on Krypton, versus her new identity as a super-powered heroine on Earth. Also well conveyed is the sub-plot about Superman’s need for control over his life with Lois Lane, which is cleverly juxtaposed to Brainiac’s delusional hope to control and comprehend all life in the universe.

Unfortunately, the character design by James Tucker doesn’t really favor Superman or Lois, or Supergirl – or any of the human characters, for that matter. Brainiac and all his technology are wonderfully designed and visualized, but the human characters are all sketched in the stretched-face skinny look of Ninja Scroll anime. It’s pretty distracting in the more mundane scenes of say, Clark and Lois having a heart-to-heart conversation, or scenes between Supergirl and Ma Kent. Once the action moves into battle scenes or off-planet exploration, the animation is much easier to take.

If anything, Superman: Unbound just proves that Brainiac would be a fantastic antagonist for a Man of Steel sequel, offering both a worthy storyline and threat for Superman that could (and will in this animated feature) thoroughly entertain fans.