Gotham’s Penguin Vs. The Riddler 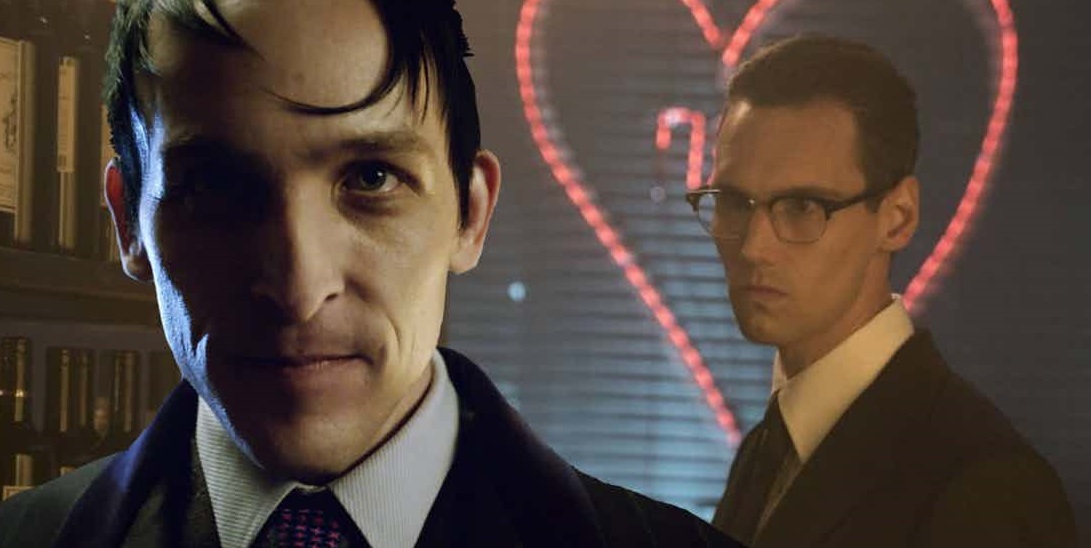 Season 4 is setting up to be pretty awesome! In the past few seasons we have seen both Penguin and The Riddler shape up and evolve as villains. We have seen Edward go from quiet to murderously mad. We have also seen Penguin go from umbrella holder to mob boss! Then in season 2 we get to see Edward and Penguin start their friendship.  But as we have seen this friendship has changed from appreciation into jealousy as Nygma’s relationship grows with Isabella. Which led Oswald to murder Isabella, which in turn led to Nygma getting frozen by Mr. Freeze, pretty much sealing Oswald’s victory over their feud in season 3.

In an inverview with Comicbook.com Robin Lord Taylor – the actor who plays The Penguin – had this to say:

We know that Ed escapes and that is an extremely terrifying moment for Oswald because, again, Oswald when he’s at his lowest its when he has no control. Nygma is the only person who could meet Oswald on his level in terms of intellect and cunning. Now that he cannot control him anymore it’s terrifying and threatening to him.

So there is definitely a level of understanding for Nygma’s potential as a major threat to Oswald which is why he is so freaked out by him escaping. To which the other side of this coin where Cory Michael Smith – actor who plays The Riddler – feels that:

I think that there will always be respect between the characters. I think their relationship was so personal and intimate, I don’t know that there’s another character that understood Ed the way that Oswald did and I think vice versa. So I think there’s such a connection there and such a fear of the other and a respect of the other that will constantly be there.

This just goes to show you that the two have a strong connection and really a lot of fear of the other’s ability to commit murder and mayhem that it will definitely flood into the city, possibly towards the end of season 4.  Time will tell as season 4 comes out September 4th, 2017!