In an alternate universe, Superman is the son of Zod and was raised by a caring couple of Mexican immigrants living in harsh conditions, Batman is a young vampiric doctor, Kirk Langstrom, obsessed with an everlasting search for a cure for his disease, and Wonder Woman is Bekka, the widowed queen of the world of Darkseid. The three antiheroes unite and create the Justice League, despite wheelchair-bound Lex Luthor and others’ protests. They operate often outside of the law and often kill the villains, but the US government tolerates them and works with them to an extent, since the three are willing to cooperate with the authorities and they never kill civilians. However, the all out paranoia and protests against their methods and untouchable position are growing. Things take a turn for the worse, when they are framed for a series of murders of famous scientists who work for the government, and President Amanda Waller orders their arrest. They decide to violently resist arrest at all cost, until they can find the real culprits themselves. 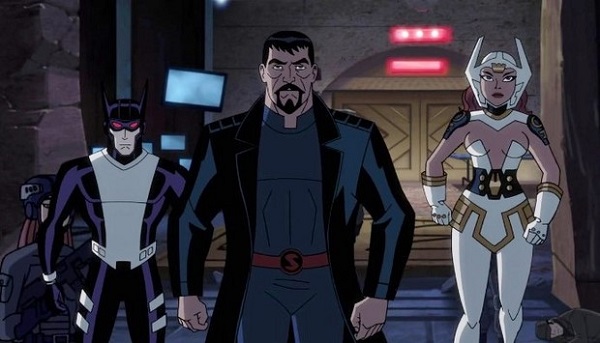 This was a first time watch for me, and I purposely didn’t read the synopsis going in so that I had no idea what I was about to see.  To be honest, I thought this was another “Evil Justice League from a different world must be stopped by our Justice League” kind of movie, similar to Justice League: Crisis on Two Earths.  But it definitely was not that.  This was something so much more, and so much better than I could have expected.

We start off seeing Zod forcibly insert his DNA into a birthing chamber meant for Jor-El, leading to a Superman whose father is traditionally the enemy of the Man of Steel.  This was a cool change, and furthered my initial belief that this would be an evil Justice League. 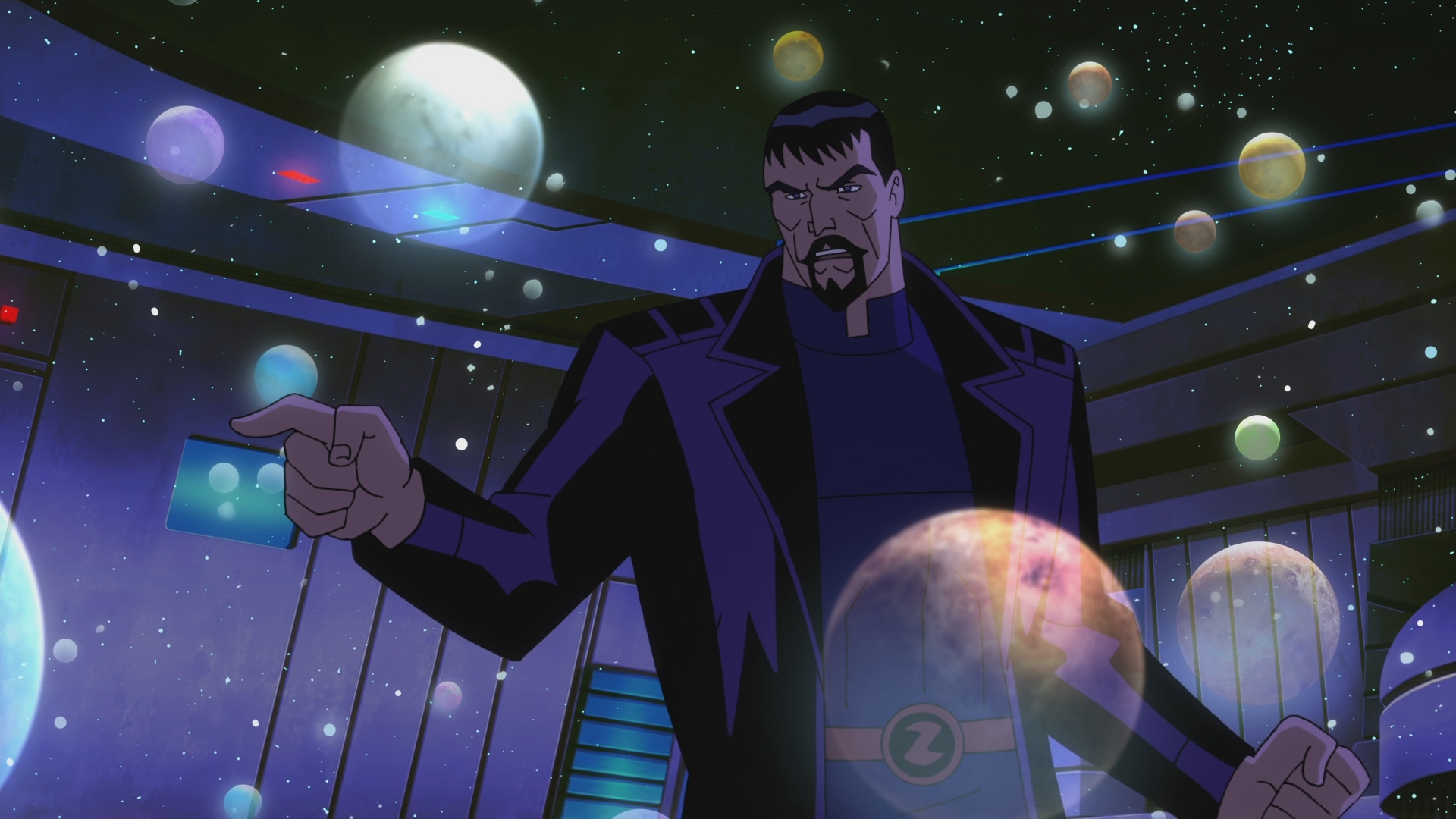 When we meet the rest of the League, we discover fairly quickly (at least those of us who are familiar with the comics), that Batman in this world isn’t Bruce Wayne, but instead Kirk Langstrom, better known as Man-Bat.  Here he’s a vampire instead of a giant bat creature, and I really liked that take.  It reminded me of the Tales of the Multiverse graphic novel Batman: Vampire, which had multiple stories of Batman as a vampire.  This was probably my favorite change to the Super Trinity.

Wonder Woman, instead of being an Amazon, was the granddaughter of Highfather and the wife of Orion.  She turns on New Genesis after they slaughter everyone from Apokolips, including her new husband and even Darkseid himself.  This caused me to think that the robot creatures that were killing scientists and framing the League were actually sent by either Highfather, or a survived Darkseid, as they were using Boomtubes to travel.  This was not the case, and it was nice to be surprised. 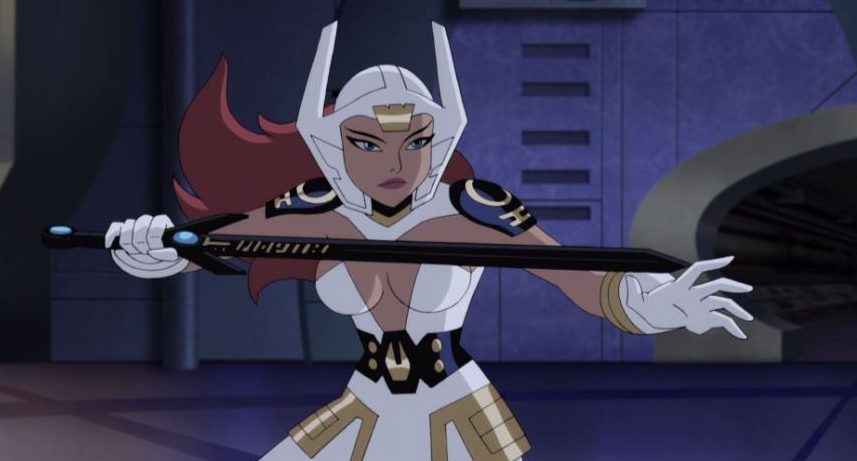 This film is very violent, and very brutal.  It is definitely NOT for children at all.  The League straight up murders people, blood flying everywhere, there’s cursing (PG-13 cursing, but cursing nonetheless), we see Batman rip into people’s necks and drain their blood.  At times, it’s almost a horror movie, and this is one of the things I absolutely loved about it. 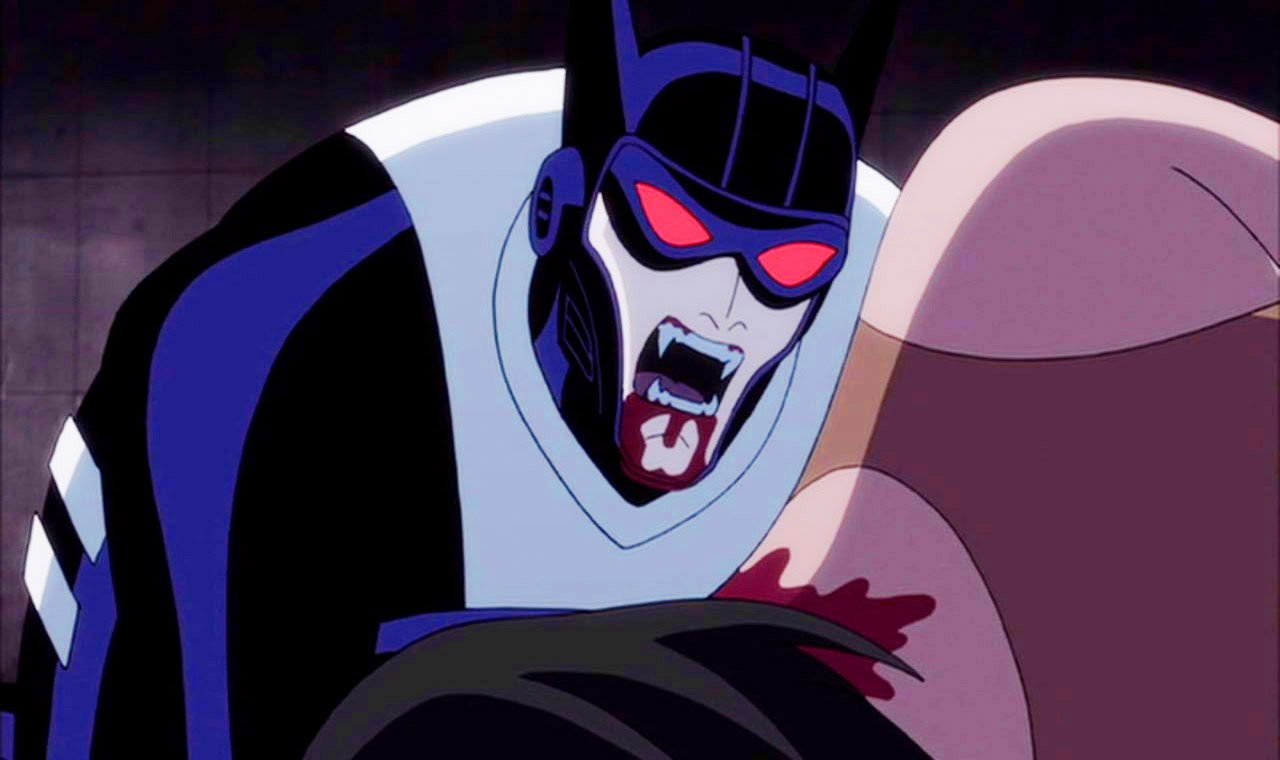 I only have one actual negative worth mentioning.  Once it’s revealed that Magnus is behind all the killings, we learn that his end goal is to essentially create a worldwide hive mind, linking everyone across the globe so that no one feels the pain that he felt after he accidentally killed his wife out of jealousy because he believed she was in love with Kirk.  I didn’t really like this motive and was hoping for something better, but in the end, it didn’t really hurt that film, as the rest of it was fantastic.

Justice League: Gods and Monsters has now become one of my favorite DCUA films yet.  One of the things that makes me a little sad is that we will probably never see these specific characters again, and I grew to really like them as a set of characters, and would love to see what happens next in their story.  But at least we have this great tale to satisfy my desire to see them.  I will definitely watch this film over and over again, and I highly recommend checking it out.