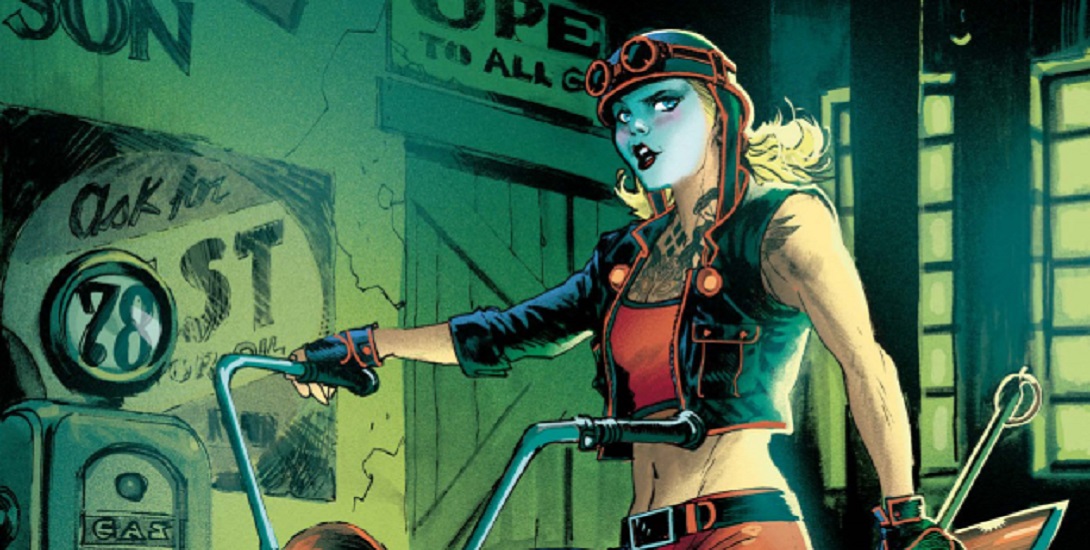 In the first chapter of this all new series inspired by the DC Collectibles statue line, It’s been decades since Governor Lex Luthor turned Gotham City into a modern utopia, saving his people from the devastation that made the rest of the continent a wasteland. But his city isn’t paradise for everyone. A young Kara Gordon, living and working in The Garden, the last city on Earth, seems to be immune to the brainwashing tech being used, and when her secret is discovered, she must find a way out of the dome before the Bat takes her down.

This was an awesome introduction into this fascinating Elseworlds story.  I love that Supergirl is Kara Gordon, daughter of Jim Gordon, that was a cool little twist.  And having Batman and image be used as the villain is something we don’t see often, and will hopefully make for some interesting stories.

The idea of the citizens of the “last city on Earth” essentially being brainwashed with some sort of tech (called “ridealongs”) intrigues me.  Is there more outside the dome?  Obviously there’s something as seen in the last panel, but is it just a barren, Mad Max-style wasteland, or is Luthor hiding the truth?

I also absolutely loved the art style in this first chapter.  The colors popped, and the character designs are awesome!  I can’t wait to see more of them in the next chapter.  And speaking of character designs, I thought it was a really cool touch to have Batman dressed almost identically to his Knightmare look from Batman v Superman: Dawn of Justice.

I loved this chapter, and that’s part of my negative.  It was just too short.  I know it’s a digital first, just like the Harley Quinn and Batman prequel, so it has half the pages, but I really wanted more.  I wanted to see what happens next.  But I suppose that a sign of great writing, it draws you in and keeps you wanting more.

Overall, I’m very excited for this series, and I can’t wait for chapter 2 to come out so I can see what happens next!  Be sure to check this one out!