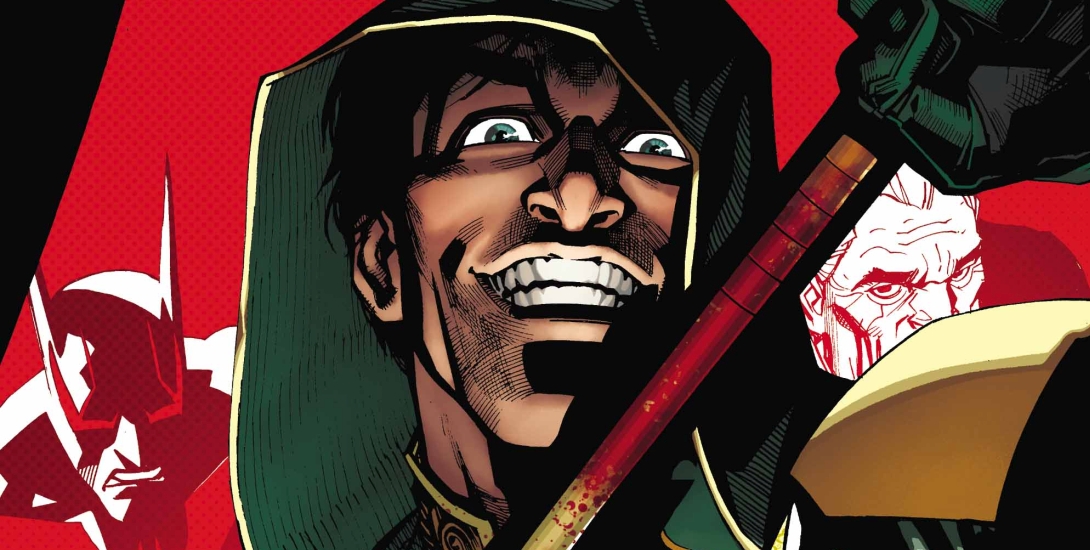 “RISE OF THE DEMON” finale! As past and present collide, Bruce Wayne witnesses the culmination of his legacy. In a shocking twist, the Demon is not Ra’s al Ghul. Can his successor be persuaded to stop his plans for worldwide destruction? Will Terry be able to overcome the destructive influence of the new Batman costume and hold on to his soul? High up on a Tibetan mountaintop, the answers will be revealed.

This is the story of a father and his two sons. Bruce Wayne, the original Batman, Damian Wayne, his son by blood, and Terry McGinnis, his protégé. Bruce tells us that Terry is like a son to him, and this is true. Bruce is a mentor and father figure to Terry in the same way that he was to Dick Grayson, Jason Todd, and Tim Drake.

And Bruce has lost both his sons. One to Ra’s Al Ghul’s influence and the other to the prototype Bat-suit’s A.I. This father-son imagery is very powerful and carries through the entire Batman mythos.

While I had no doubts about whether Terry would fight off the Bat-suit’s influence, I did have doubts about whether Bruce could patch things up with Damian. Damian has had a dark side since his introduction, and it is quite believable that he might go over to the dark side permanently. I was quite relieved to see that we got to see the beginnings of a reconciliation between Bruce and Damian.

And I was quite relieved to find my fears about Goliath meeting his final fate were unfounded. Even under the suit’s control, Terry still was able to resist taking a life.

There aren’t really any problems with the issue, although it does leave me wondering about what Terry’s going to do for a Bat-suit now. Does his overcoming it mean he is able to use it without danger now, or will Bruce need to build him a new costume? I’m sure we will find out soon enough.

Although I watched the Batman Beyond cartoon, it was never really a favourite of mine, as it seemed too disconnected from the rest of the DC Universe. This title seems to me to be better grounded in the rest of DC’s mythology, even if it is set a few decades in the future. 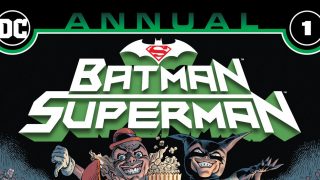 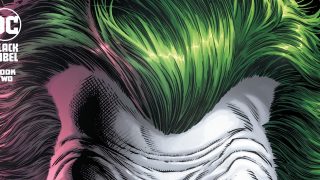