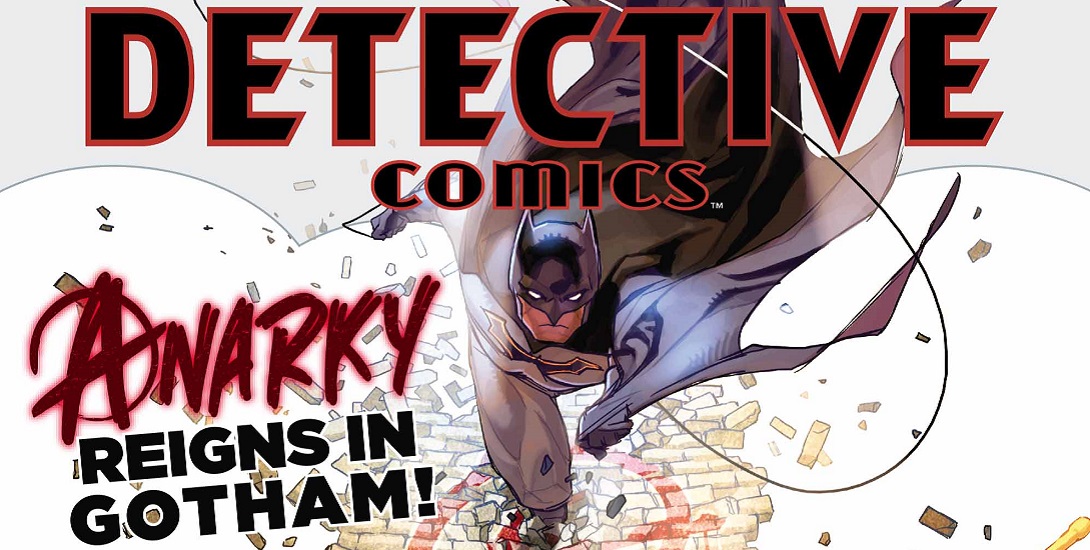 Detective Comics #963 starts off with a flashback between Spoiler and Red Robin. They are enjoying a great sunset on top of a skyscraper while enjoying a hamburger. Tim discusses his plans with Stephanie and their future. We then jump forward to the present where Spoiler is sneaking her way into Monster Town.

Meanwhile Clayface is patrolling the area and helping Argus with clean-up duty. He meets up with Batman and Victoria, the Argus scientist who helped them previously. They discuss his duties and his possible cure.

Later we see Stephanie finally reach her goal, Anarchy! He has asked her to deliver some medicines to him so that he can help Gotham. She hands them over and begins to pry into his plans. She has been working with them for quite some time at this point and is ready to see his whole operation. Together they take out a few Argus soldiers and make there way to his base.

The first thing that will jump out at readers is the change in art style with this new issue. The style is much lighter and feels more positive which matches the more up beat writing of this story.

#963 feels like the beginning of another character growth arc for the Bat-Family. Seeing the monstrous Clayface grow further, as well as how Spoiler will change as she get to know Anarchy and his plans better, will be exciting.

The moral and methodological thinking of Spoiler is sure to be a great contrast to Batman and his villains. The coming story is sure to give the Dark Knight even further reason to question his methods.

While this reviewer and undoubtedly the fans of Detective Comics are waiting with baited breath for the resurrection of Tim Drake I must offer the spoiler that it does not happen in this issue. The contrasts between Anarchy and Spoiler’s conversation at the end of the issue with Tim and Stephanie’s talk at the beginning draw particular parallels in reasoning and how justice should be carried out. It quickly begins to feel as though Anarchy is perhaps Tim in disguise. However it is revealed that Anarchy, or Lonnie, is simply just himself. While this does away with a possible and obvious twist, readers feel cheated as it is done in such a blunt and uncharacteristically forward manner for James Tynion IV.

This is a solid beginning to a great story arc. James Tynion IV continues to create thought provoking situations to make everyone question the methods, means, and end of Batman’s war on crime.