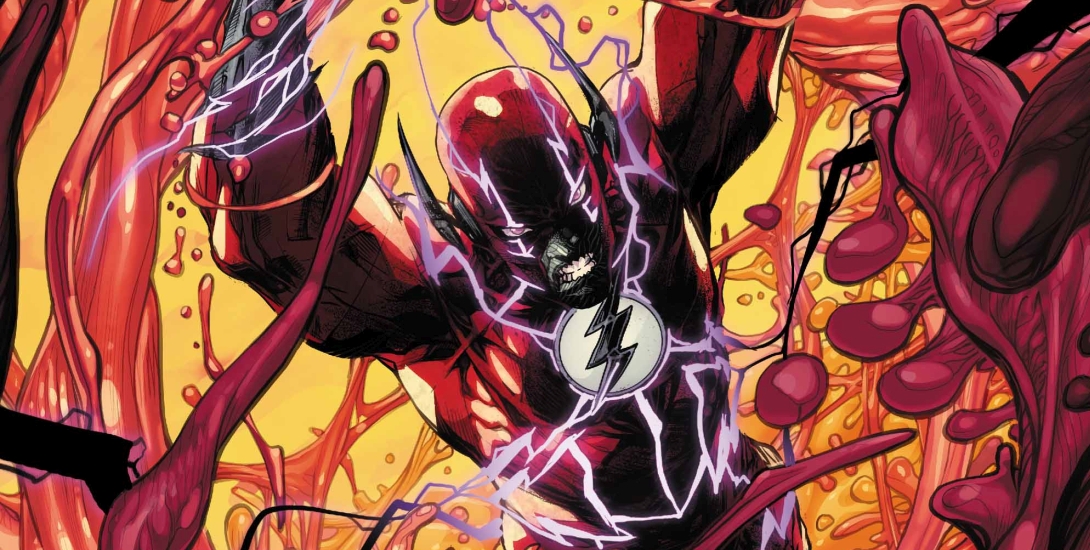 “BLOODWORK” part one! Barry Allen’s personal life is in shambles, his new Negative-Flash powers aren’t working properly, and someone has been tampering with evidence at the Central City Police Department. The Flash is not having a good day, and it’s going to get worse when he comes face to face with Bloodwork, a terrifying new villain with secret ties to Barry Allen.

This makes me wonder if the regular Speed Force has a similar effect with positive emotions. Was it Barry’s positivity and optimism that put him in tune with the Speed Force? Looking back at Wally’s pre-Flashpoint career as the Flash, it was the negative feelings of guilt and unworthiness that were holding him back. It was when he overcame these emotions that he realized his true potential and became even faster than Barry.

Also, Bloodwork seems to be an interesting new foe for Barry. His control over blood seem to be quite an original idea, and it will be interesting to see how effective they prove to be against Barry’s speed.

The negative effect on Barry’s emotions underscore the need for Barry to find a way to restore his original powers. While it makes for a dramatic story, anger and pessimism don’t look right on Barry. He is the optimistic heart of the DCU, which is especially vital role for him in the Rebirth era. The DCU can’t properly return to it’s fun and optimistic roots without Barry being his old cheerful self.

Also, the blackened Flash uniform, while an interesting look, is nowhere near as aesthetically pleasing as the iconic Red and Yellow outfit.

However, I am sure the Negative Speed Force powers will prove to be temporary. I just hope that it doesn’t take too long to get Barry back to his usual self.

As much as I hate to see the crap Barry is having to put up with, I can’t deny that it makes for compelling reading, and this issue is no exception.