As with each new issue, Warren Ellis develops the new Wild Storm Universe just a little bit more. Even by issue seven the readers are still being introduced to new characters. This month the mounting tensions between Skywatch and IO are heightened even further as the issue focuses on the Analysis team of IO, showing that even the ‘little people’ of the Wild Storm Universe play a pivotal role in this story. On the other side of the story, the more recognizable characters attempt to rescue John Colt from IO Hightower. 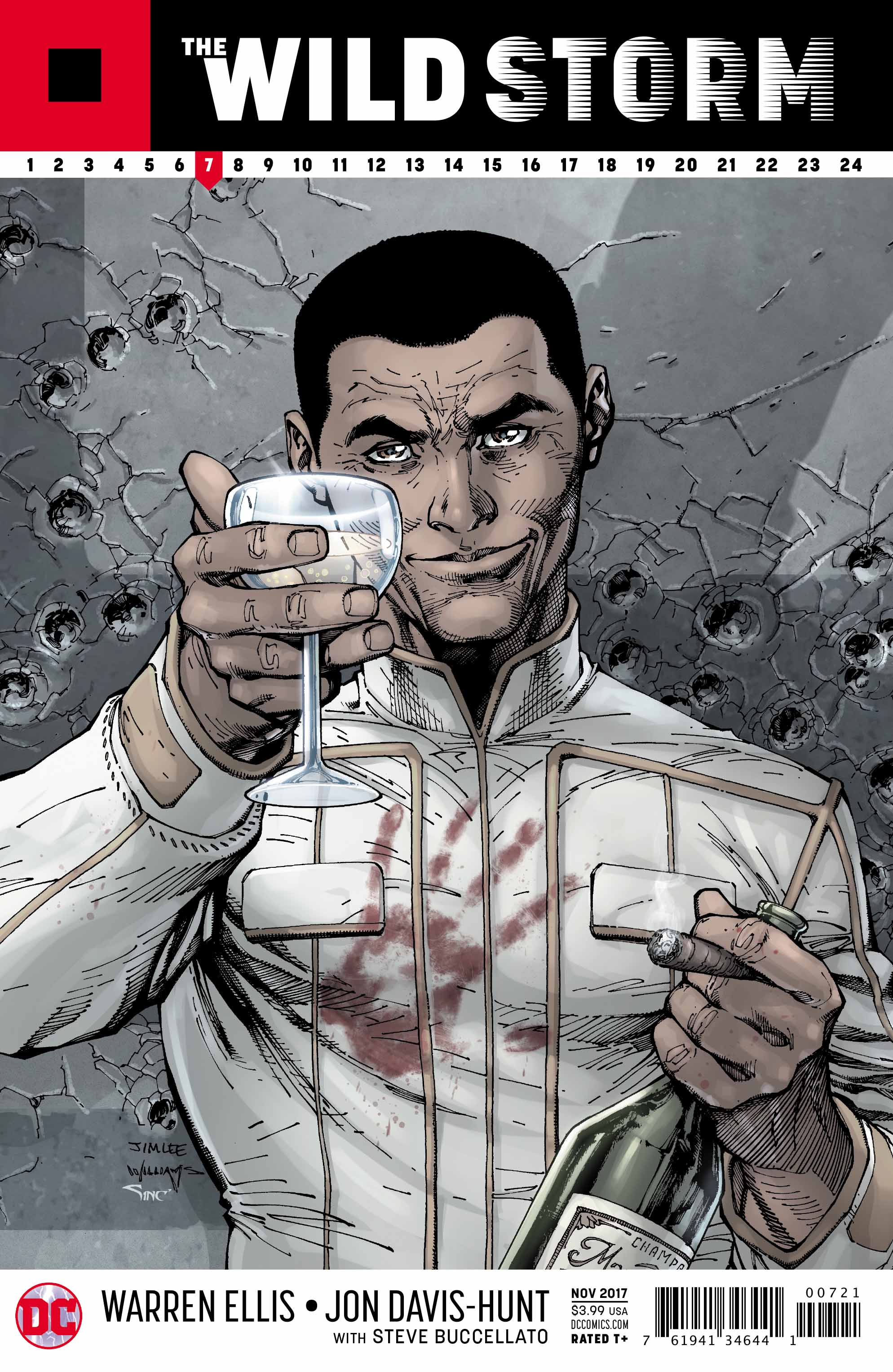 It goes without saying that Warren Ellis is a master of pacing. In case further evidence was needed, this issue flows perfectly. The balance between 3×3 panel pages of dialogue and frenetic silent pages of action means that the reader is pushed and pulled at Ellis’s pace, not the readers. He has managed to take control of a medium that generally allows the reader a control of linearity.

Ellis excels at both dialogue and action. The fact that we’re still being introduced to new characters seven issues into the series shows how big Ellis’s plans are. The fantastic dialogue means that readers are engaged throughout as they continue to learn new parts of the story and piece together things from previous issues. Like with the pacing of the issue itself, Ellis is pacing the story, allowing readers to know only the amount he wants them to know. At no point is it ever boring though, or confusing. Revelations feel like they come by the page. More importantly they can sometimes come from minor characters which again adds to the mystery, since even the smaller characters influence the story to such an extent.

As for the action, it’s as intense as readers would expect. Pages fly by at a great speed when Ellis cranks up the action. The lack of words on these pages really pushed the reader on. There aren’t any sound effects or captions. When there’s action, Ellis makes you feel how fast these characters are moving.

The positives could go on for days but another crucial factor of the issue is Jon Davis-Hunt’s artwork. The preciseness of his style makes each action sequence all the more intense. The creases in someone’s shirt as a bullet tears through it. The spatter of blood from someone’s neck. The subtle motion lines that add to speed of a character’s kick. It’s almost ironic that each panel of action has so much detail that the reader wants to study it but they can’t since the pace pushes them on. 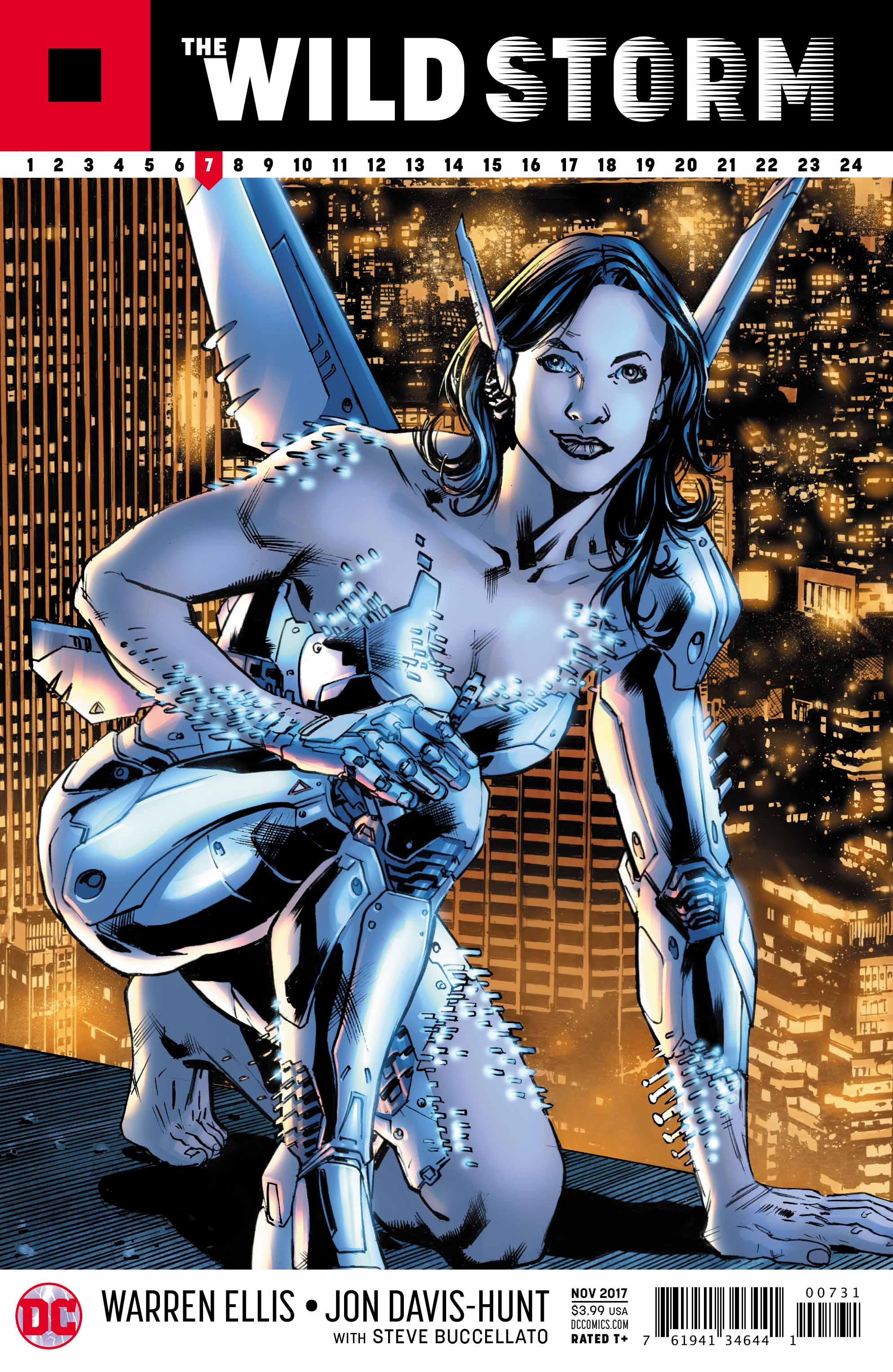 If the abundance of positives doesn’t show, there are not many negatives to talk about. if I was to really search for one, I could argue that the issue might lean on the reader having some knowledge of these characters. I don’t know who any of these people are having never read a WildStorm comic before. It’s hard for me to tell if a pre-existing knowledge of the imprint would help, since I don’t know how different this story is to the original stories. But I would say that in places, I was left lost as to who people were, until their name is revealed a couple pages later as if I should have known who they were all along.

It isn’t really a problem for me but some people may be deterred by the speed at which the story is developing. The issues themselves are fast and fun, but stepping back to look at what the reader learns about the ‘bigger picture’ each month is minimal. Ellis is taking his time, and I believe it will pay off. But not everyone is as patient as me. 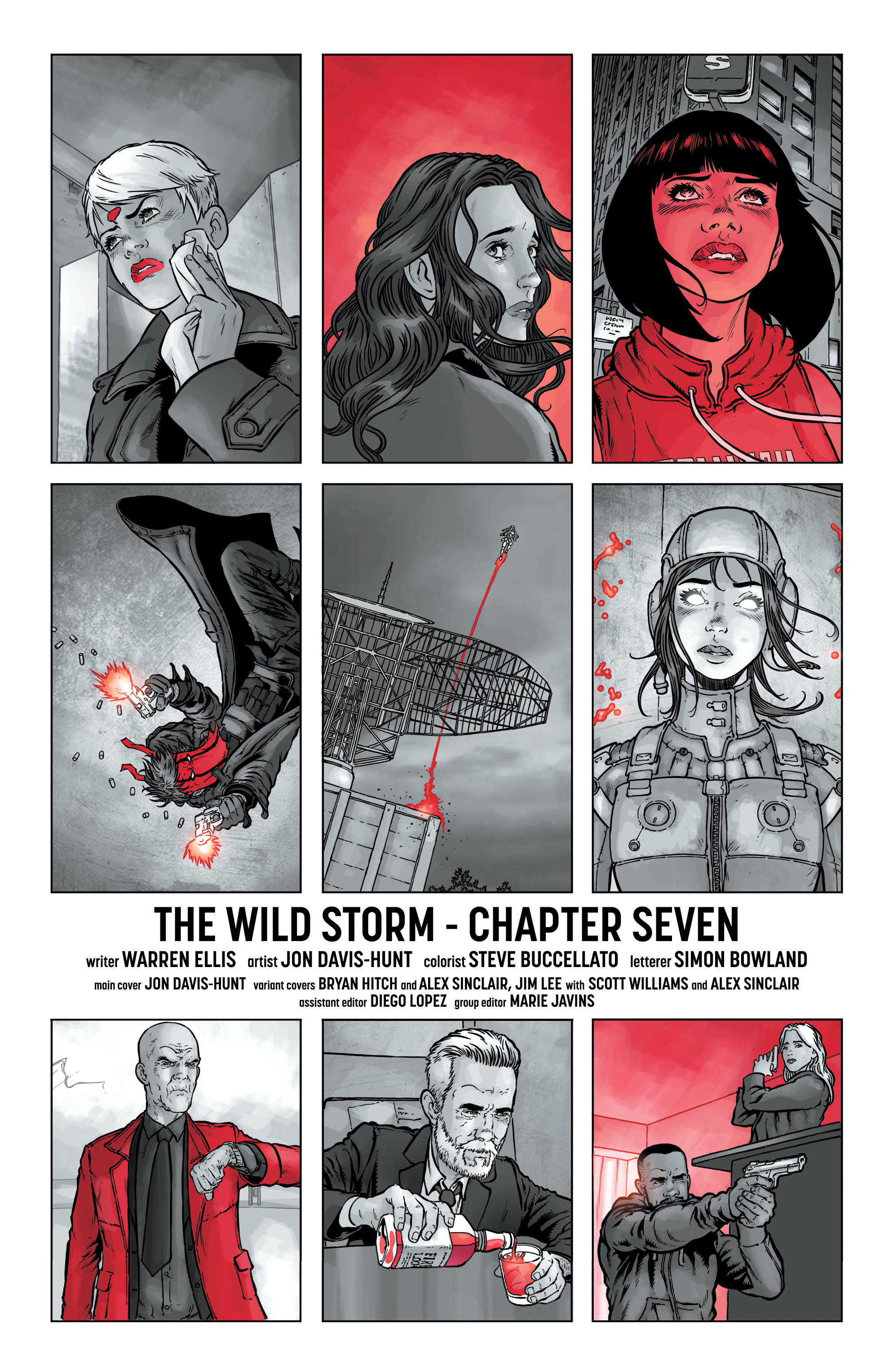 Ellis and Davis-Hunt deliver yet another fantastic issue. Readers are told only a couple secrets as the story unravels a little more but the frantic and violent action, coupled with the witty dialogue gives readers more than enough to keep them satisfied for longer than a regular comic book.