Penguin has taken control of crime in Gotham using licenses that he profits from, which in turn leads to a rival gang using Jonathan Crane and his father’s fear toxin in an attempt to stop Penguin. 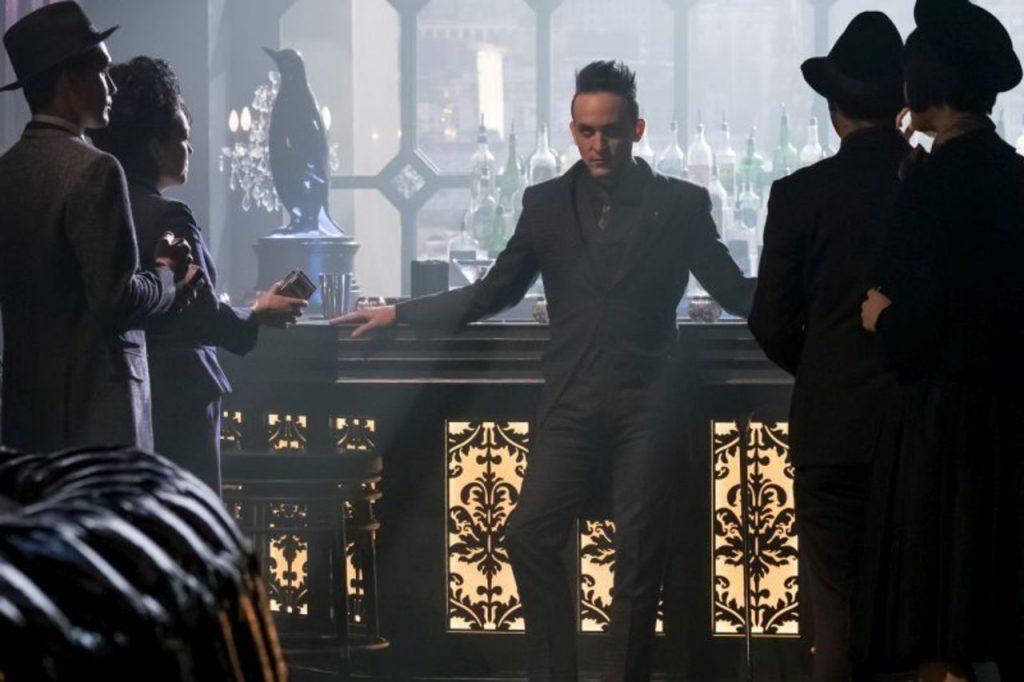 The cinematography is gorgeous as usual with this show. There is a clear effort in making Gotham look as good as possible from everyone involved. Whether it’s a scene of Bruce and Selina talking on a roof or Gordon and Bullock confronting criminals in an apartment, the episode is stylized and visually engaging. 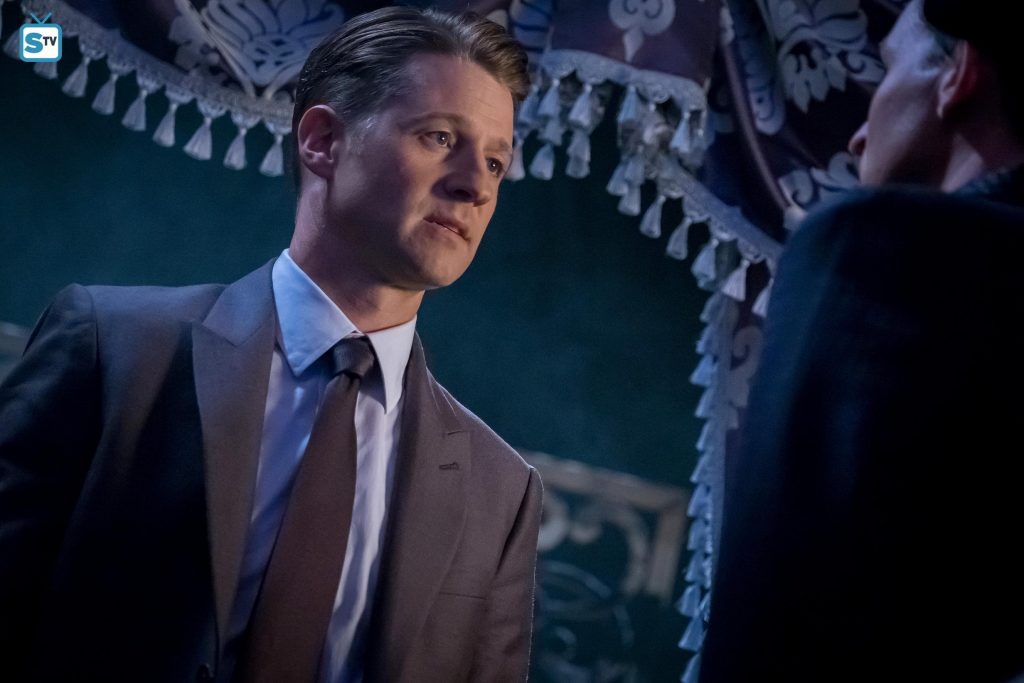 The events of the season three finale lead to a pretty interesting status quo. Essentially, things have returned to the way they were in the first season when Gordon first joined the GCPD. The mayor and commissioner are both in the pockets of a crime lord and Gordon is the only cop who isn’t going along with the system. I kind of like isolating Gordon like that.

The Scarecrow costume is dope and I like his inclusion here. Since Gotham seems to be returning to the state it was in season one, it makes sense to bring back a villain from that season, and the Scarecrow episodes were some of the best.

Typically, Gotham is structured in a way that features three different plots. These plots are usually a Gordon plot, a Penguin plot and a Bruce plot with occasional convergence, usually in the season finales. This episode has one main plot that the entire cast is involved with. And that’s fine; I like that they’re shaking up the structure of the show. The problem is that this is a huge cast. The episode is even missing several cast members and it still feels bloated and all over the place. Because everyone is involved in one plot, there isn’t a solid focus; no one gets enough screen time which makes it hard to get invested in characters.

For example, Ivy spends most of the episode just standing in the background. And at the end, she betrays Penguin for no solid reason. He is mildly rude to her earlier but nothing out of the ordinary or especially mean. The way it’s presented is that she is disgusted by his actions. Penguin makes it clear that he is going to kill the rival gang and Maggie Geha plays it like she is disturbed by this and that’s why she goes against him. But Ivy has seen Penguin do way worse; she was an accomplice in freezing Nygma who they proudly display. She shows no remorse over that. And Penguin killing these guys is not a new step; he fully admits he’s been doing this to the criminals without licenses for months. Ivy makes a choice for plot convenience because there isn’t time to give her solid character motivation, and that’s just one example.

Overall, this is an okay episode. I like the basic premise going in and there are a lot of scenes that are enjoyable on their own. The actors are all still solid and engaging and the cinematography is great. But the episode feels jumbled and all over the place, despite only having one plot. There isn’t enough with any character to get engaged, which makes the episode dull.

Justice League First Reactions Are In!

Cristin Milioti Cast in HBO’s “The Penguin” As...