A new Deadman miniseries is launching in November, and it is being written and drawn by Neal Adams, one of the primary original contributors to Deadman’s character.  Adams explained that he has a lot of stories about Deadman he never got to tell, and he is excited to show readers the history Deadman has been missing for decades along with more cinematic style artwork.

Adams explains that anyone who did Deadman after his original work did, “the adventures of Deadman,” whereas Adams just wants to tell his story.  Adams has a lot of ideas about who Deadman is and where he came from that Adams has been keeping to himself for years.  He has already revealed that Deadman has siblings, that his parents are alive and own a circus, and Nanda Parbat, Ra’s Al Ghul, and the league of assassins all have a part to play in the origin of Deadman. 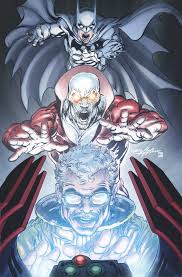 Adams’s new miniseries will pick up right where he left off and will take advantage of the freedom he has been given after waiting all of this time.  Adams assures that Batman will be involved from the beginning and that if readers aren’t drawn in by the story, then they will be by the artwork.  He plans to use more horizontal, “wide screen” panels to make readers feel as though they are watching the comic instead of reading it.  He’s also planning a special “Gimmick” cover that relates to the story in each issue.  Adams explains:

Russell Tovey Will Play The Ray In The CW Arrowverse