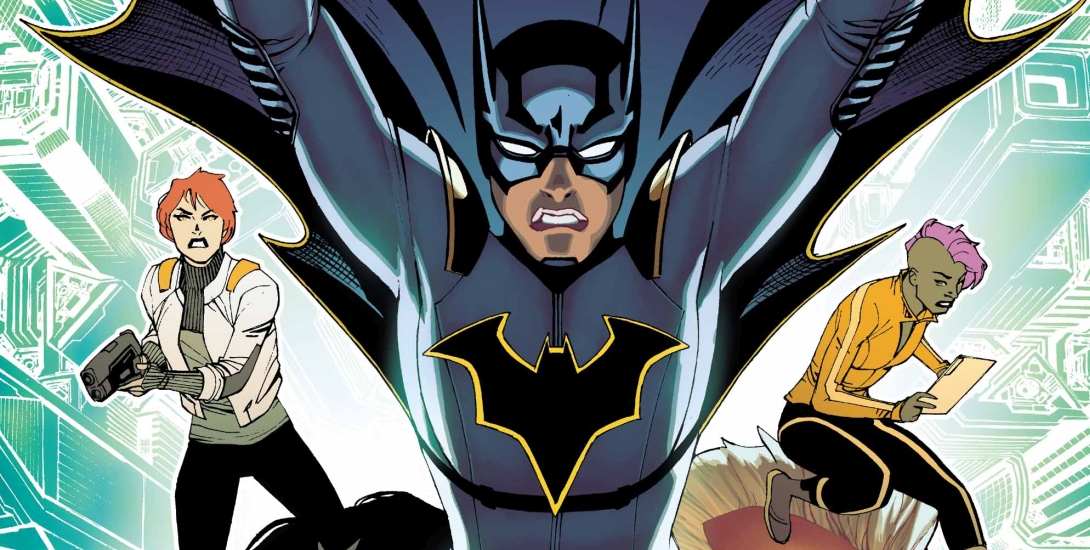 In a special issue, Batman and Bruce Wayne are away—so who’s left to protect Neo-Gotham? Enter Nissa, the seldom seen 15-year-old Batgirl of the future! Crime and corruption lead Commissioner Barbara Gordon to the lawless neighborhood of Crown Point where she soon finds herself under siege. Can this young, self-made caped crusader save Gordon without the resources of Batman?

This issue focuses on the women of the Batman Beyond universe: Barbara Gordon, the original Batgirl and current Police Commissioner; Max Gibson; and Nissa, the current Batgirl.

The new Batgirl isn’t exactly a new character, but only appeared once before in 2013. Little is known about her, but she fights crime in Crown Point, a poor neighbourhood where Batman rarely ventures.

There is obviously a connection between Barbara and Nissa, as the original and the latest Batgirl, but Max interestingly seems to fill the role similar to Barbara’s other identity, Oracle, using technology and computer skills. Could it be that Max might actually take on the Oracle identity?

And in keeping with the all-female theme, a nice reference to Zatanna to illustrate a principle on which Max’s plan hinges.

It’s good to see more heroes cropping up, as it seems like Batman is the only active hero in Neo-Gotham. Adding Batgirl and possibly a new Oracle would help re-establish a Bat-family to support Terry’s crime fighting. Perhaps Terry’s brother Matt might even become a new Robin.

Well, it is a bit of a disappointment that the hero who stars in the title doesn’t even appear. Neither does Bruce, who has only recently returned to the title. However, their absence allows for a greater focus on some of the other characters. And as the title character, we know Batman won’t be absent for long.

Despite the absence of the title character, we still get a great story focusing on the female characters, especially Batgirl, a great addition to the future Bat-Family.