According to Entertainment Weekly, the upcoming Arrowverse Crossover on DC-CW TV will feature the return of Arrow season 5 villain Prometheus.

This time, however, our heroes will be battling the Prometheus from Earth X.  The CW crossover is titled, “Crisis on Earth-X”, and that Earth’s Prometheus seems to be at the center of it.   This Prometheus appears to be from a villainous alternate Earth and according to Entertainment Weekly, he will not be played by Josh Segarra, who portrayed Prometheus on Arrow season 5, but rather by a different, yet-unnamed actor. 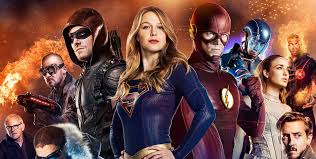 Young Justice Season 3 To Be 26 Episodes