The appearance of a dangerous new metahuman, demanding the Flash, forces the team to extract Barry from the Speed Force, but the problem is he isn’t the same as he was before. 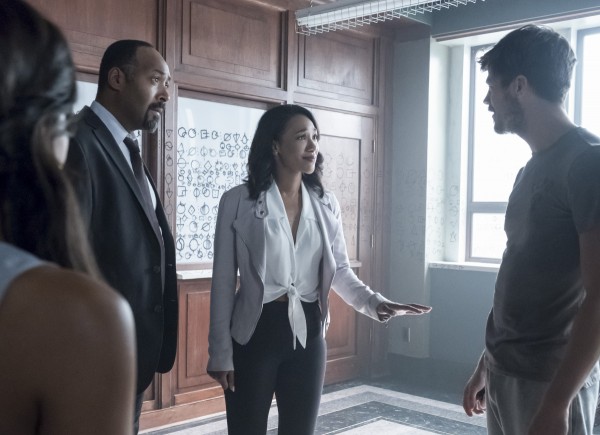 There are a lot of returns here besides Barry Allen and the resurgence of new energy. Opening with Iris West and the new team dynamic was a good way to get across to the viewer that Team Flash 2.0 is not the same sans both Barry and Caitlin (at first). The reappearance of Peek-a-Boo was a good way of introducing the mechanics of this work-in-progress: Cisco’s portal abilities, Wally’s development in mastering his speed, and Joe bringing up the rear with the CCPD with him. The hole left by both Barry and Caitlin is keenly felt, and Candice does a great job showing a side of Iris that doesn’t want to admit she’s hurting until later on in the episode. Grant Gustin’s performance as a dementia-ridden version of Barry upon exiting the Speed Force feels very fresh; the beard was a nice touch. Both quoting lines from the past few seasons, and Cisco employing Lady Gaga’s “Poker Face” in a key scene gave viewers who are new to the show the chance to get clued in to the layers of Barry. 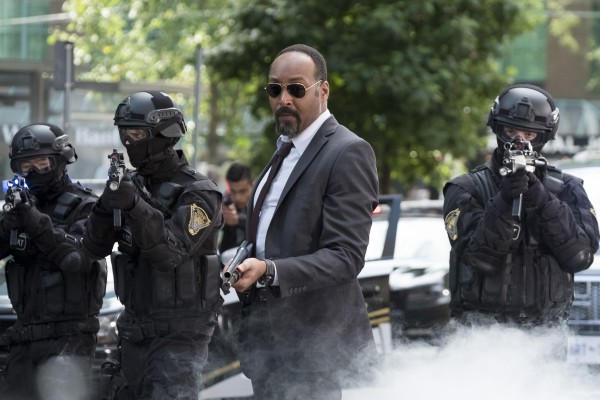 The mystery and revelation of “The Samuroid” brought that much-needed enigmatic element that Tom Cavanaugh gave us in the pilot four years ago. The episode’s cliffhanger revealed both the characters of The Mechanic (played by Kim Engelbrecht), and this year’s new big bad, The Thinker (Neil Sandilands). The highlights of course were the big reveal of the fantastically-redesigned Flash costume, seeing Wally double as The Flash when Barry was still incoherent, and the final fight that saw a much faster version of Barry that we had not seen before. Based on the way he moved, like someone quoted, this year he truly is the Fastest Man Alive. What’s more important is that just because Barry is back doesn’t mean that things are okay between him and Iris, as his departure at the sounds of sirens had left her with a look that said “What now?” 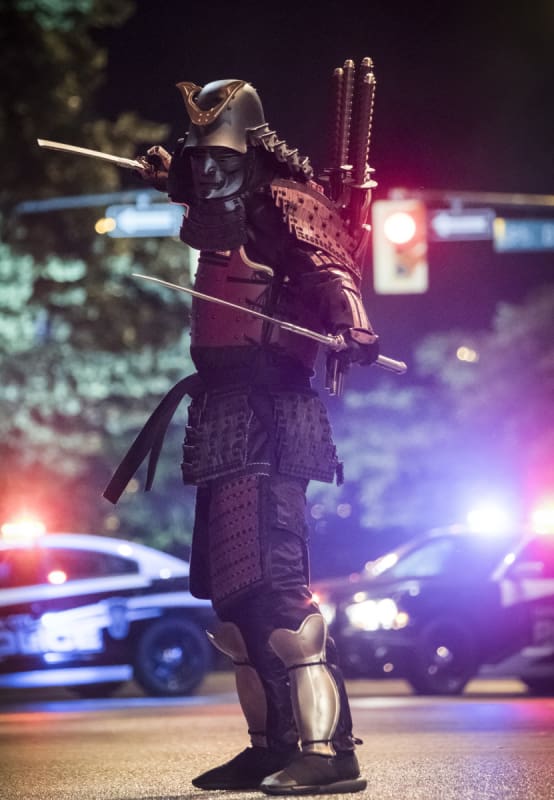 I feel that the only drawback this episode had was it moved too fast at times, specifically with both Barry and Caitlin. Let’s focus first on Caitlin Snow before we get back to Barry. After such an emotional story arc last year, and an equally emotional departure, I felt that her suddenly popping up again both normal and working at a bar in the first episode felt too rushed. While I liked the Bill Bixby-esque moment near episode’s end with Killer Frost emerging when she was pushed, I think both her reappearance and that moment should have been reserved for Episode 2. I’m also surprised that Caitlin is treating her split personality like it’s something manageable after living in fear of it last year. Given the timeline of it being six months since the finale, that makes sense. It’s just the timing that feels off. And if Cisco vibed her to find her, shouldn’t he have known that she was still struggling with the cold? 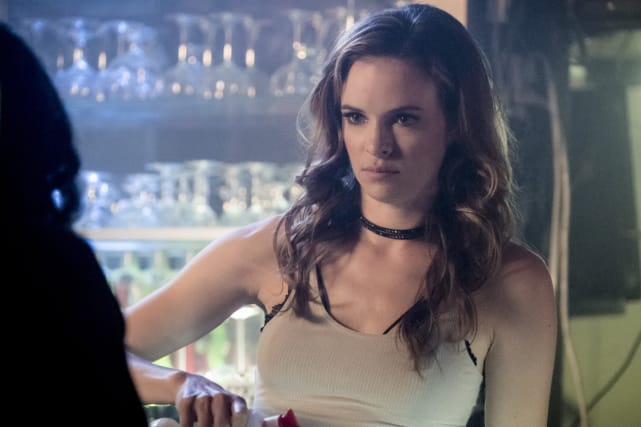 As for Barry, while Grant sells the dementia very well, it should have been a two-episode recovery. He was incoherent, speaking in gibberish, and channeling Russell Crowe by writing ancient Greek on the walls or windows of every room he was in. He was that far gone – and according to Caitlin’s estimation, 10,000 years in isolation in the Speed Force – that Joe’s alerting him of Iris in danger snapping him out of his haze felt off. While it is a testament to how strong he loves her, I think hearing Iris cry for help would have done it better.

My big disappointment is in that the decision wasn’t made for Wally to wear the Flash uniform from the get-go; Barry was not coming back as far as anyone was concerned, and no one was taking Kid Flash seriously. Officially, Barry was retired and it was Wally’s turn to step up. For fans of his run as The Flash in comics, that was a big let down. 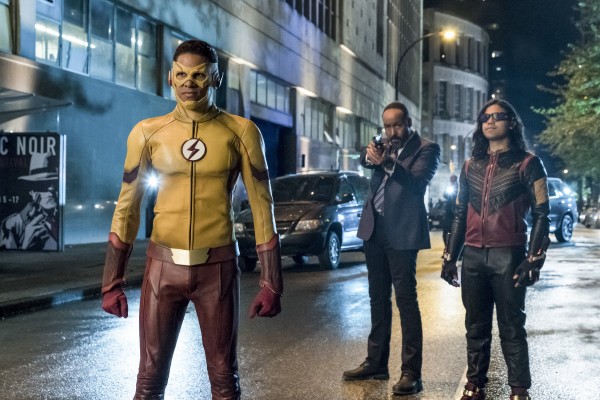 Overall, the season opener of The Flash does feel like the characters are back at the starting line in a new chapter in their lives. The humor and wonder is still there, but the major drawbacks were the timing aspect; I know it’s a fast-paced show, and the underlying message is running forward, but there were some moments that could have been slowed. I’m hoping that this will not be the motif for the rest of the season. I’m deeply interested in the Jekyll/Hyde dynamic Caitlin’s developed with Killer Frost as well as The Thinker.