A month after the announcement of an upcoming Teen Titans Go! film project, Warner Bros. has released both an official movie title and full voice cast.

The project will be entitled Teen Titans Go! To The Movies, and will feature the series’ regular cast: Scott Menville (Robin), Hynden Walch (Starfire), Tara Strong (Raven), Khari Phayton (Cyborg), and Greg Cipes (Beast Boy). In addition, the film will also feature Will Arnett from The Lego Batman Movie, and actress Kristen Bell of Disney’s Frozen.

There is no word as to what characters Bell and Arnett will be portraying. 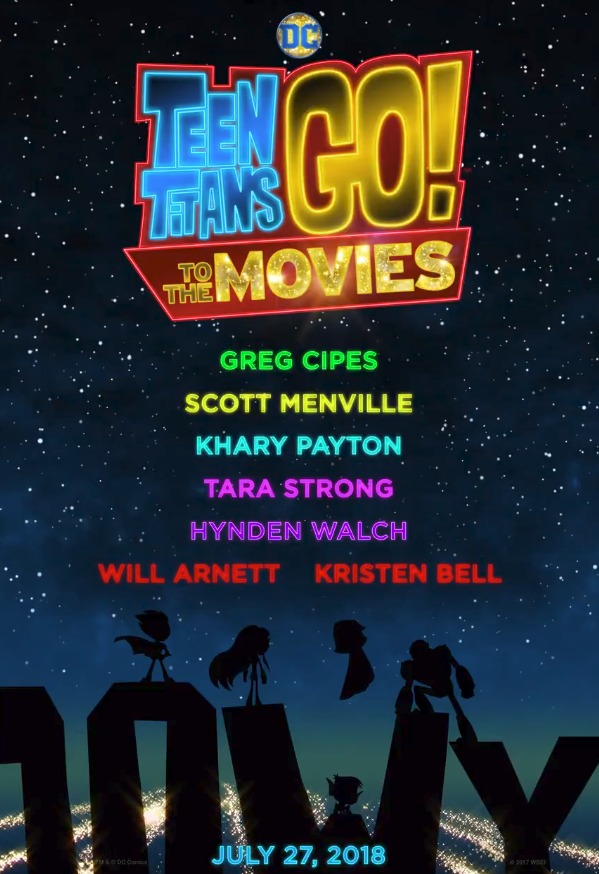