“LEGACY” finale! The truth about Sovereign is revealed—and her identity will shake the Justice League to its core! The Darkness is out of control and if the Justice League and their future children don’t triumph over its evil, it will mean the end of everything, everywhere, forever. 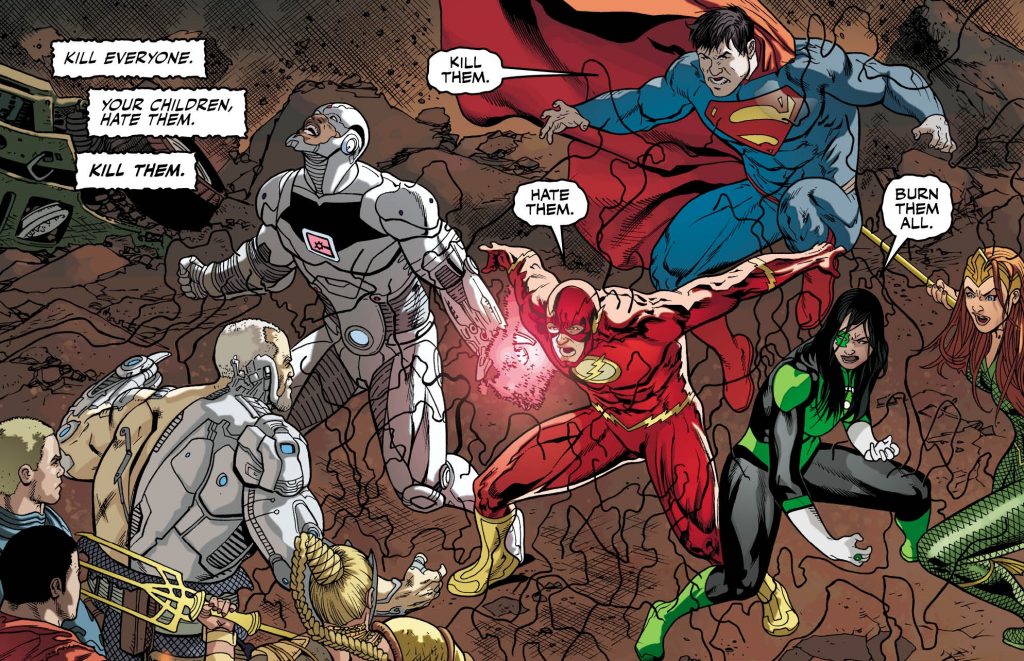 The Legacy storyline is problematic, but there are some fascinating ideas introduced. The idea of the League meeting their children from the future is a brilliant idea. The idea of Aquaman being banished from the water he depends on to survive is quite an intriguing premise. The idea of a Green Lantern’s children having powers based on the emotion spectrum and controlled by their current emotional state is great fodder for a story. 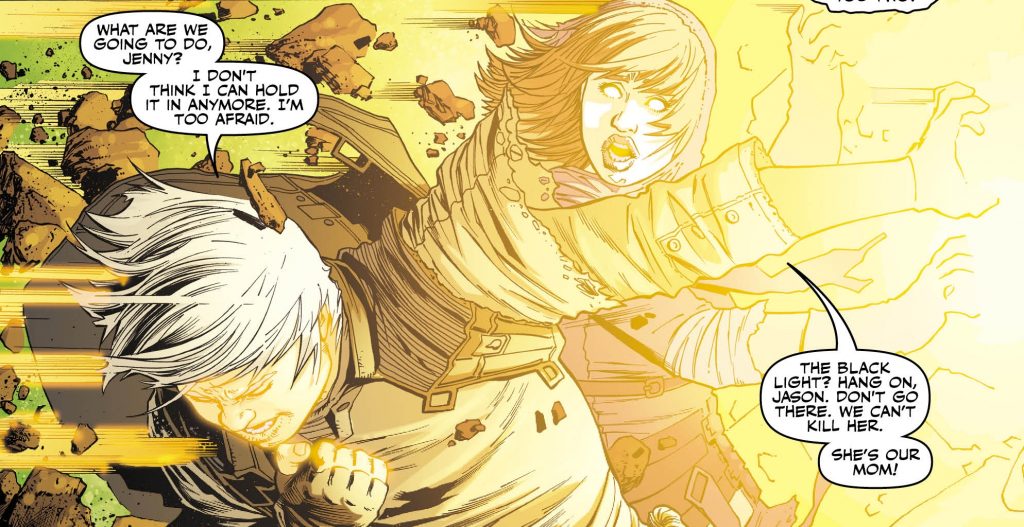 Unfortunately, despite all these great ideas, Hitch fails to build a compelling story from these elements.

It seems quite baffling that when introducing the League’s children, especially when some of the members have in-canon children already (Jon Kent and Damian Wayne) or have non-canonical counterparts that could be drawn upon (Infinity Inc.’s Fury, the Tornado Twins, Arthur Curry, Jr.). Why create completely new characters at all if there isn’t enough time for us to develop any attachment to them?

And I find Hitch’s insistence on pushing the romance between Jessica and Barry to be almost on the level of ‘shipping’ that you find in fanfic stories. Anyone who has been following The Flash knows that Barry’s current love interest is Iris, and that Iris is destined to be Barry’s wife.

Also, I can understand that the death of Wonder Woman might cause her mother, Queen Hippolyta to hate ‘Man’s World’, but I find it extremely unlikely that she would wage a war against it, actively attacking Diana’s friends and innocents that had nothing to do with her daughter’s death. It would be much more believable for her to cut off contact between Themiscyra and the outside world, but not wage a war against it. 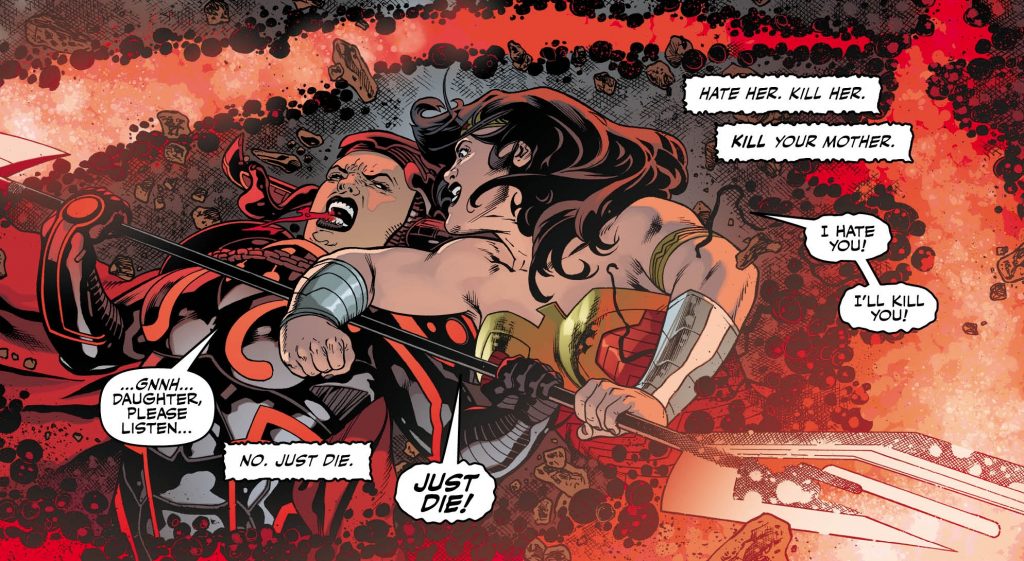 Also, it’s hard to form any attachment to these kids when they come from a future that we already know won’t and can’t happen. Hunter lived on the Kent farm, which Lois and Clark have already moved from in the Superman titles. Barry won’t end up married to Jessica. And to top that off, they have changed their own past in this storyline, so their particular timeline definitely cannot come about now.

This storyline had all the right ingredients for an epic Justice League story that would have been fitting for Hitch’s final bow as the Justice League writer, but instead it fell flat. Let’s hope that the new creative team fares better.