The Man Who Laughs Enters The Steel Age

His ghastly grin and horrendous atrocities have been cast in porcelain almost as many times as his swing of the crowbar on Jason Todd’s carcass. Now, ThreeA Toys has added steel to the Joker’s criteria

Designed by illustrator Ashley Wood, Steel Age Joker is the second in her line of metallic recreations of renowned characters that “examines a world where the heroes and villains have been replaced by robotic counterparts.” Wood started the series last year with Steel Age Batman, which makes his nemesis a worthy follow-up.

Standing at 13.5” at sixth the scale, The purple-clad Clown Prince of Crime comes not only with LED red eyes that light up, but with extensive articulation, interchangeable hands, and two long-barreled pistols with detachable “BANG!” flags. 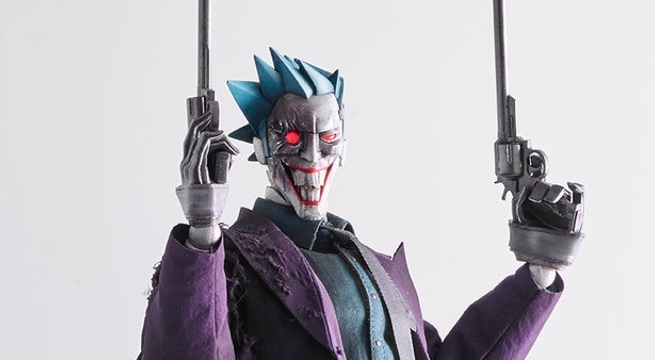 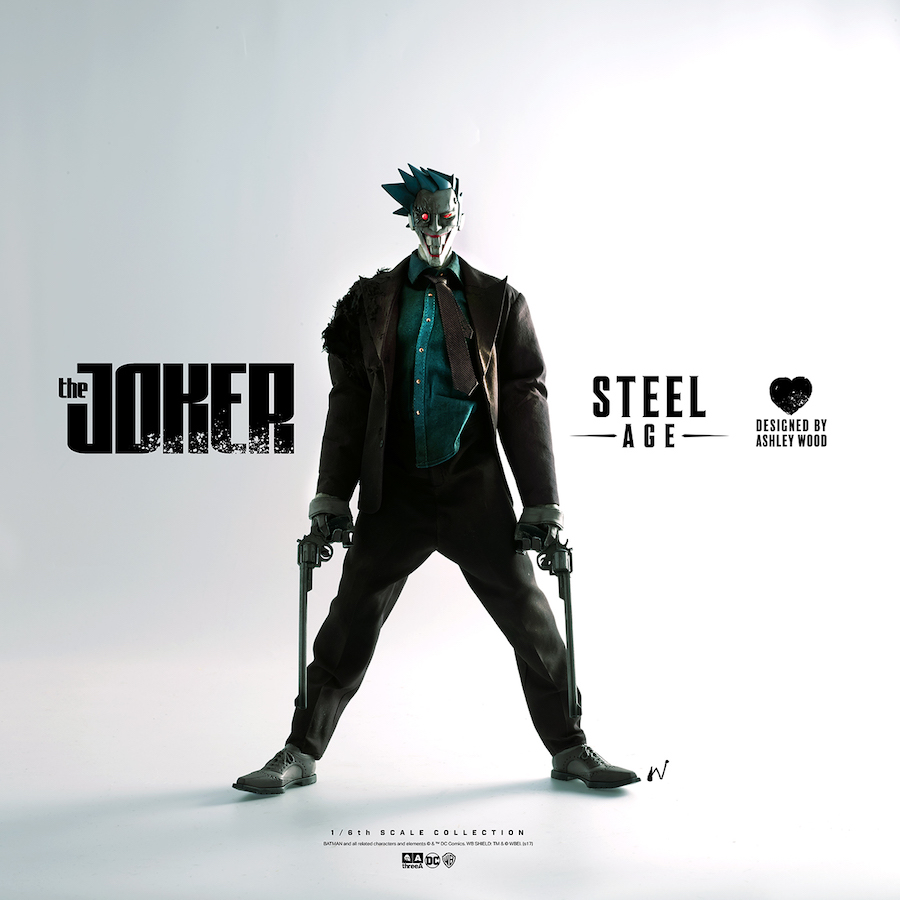 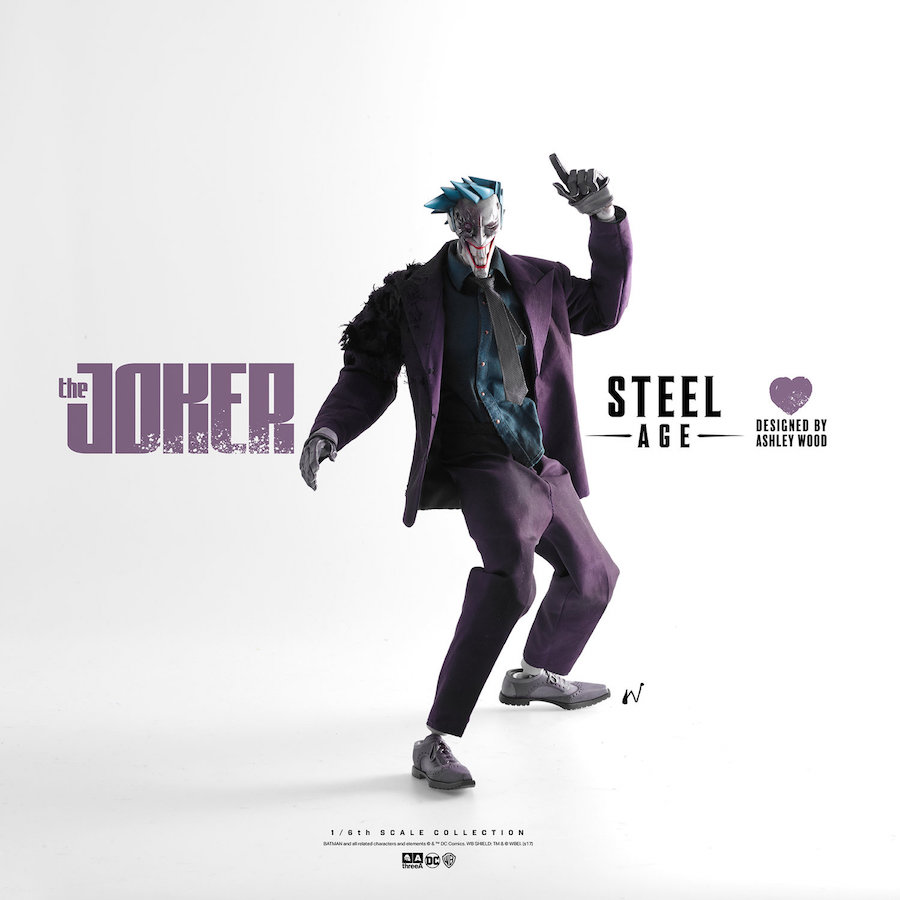 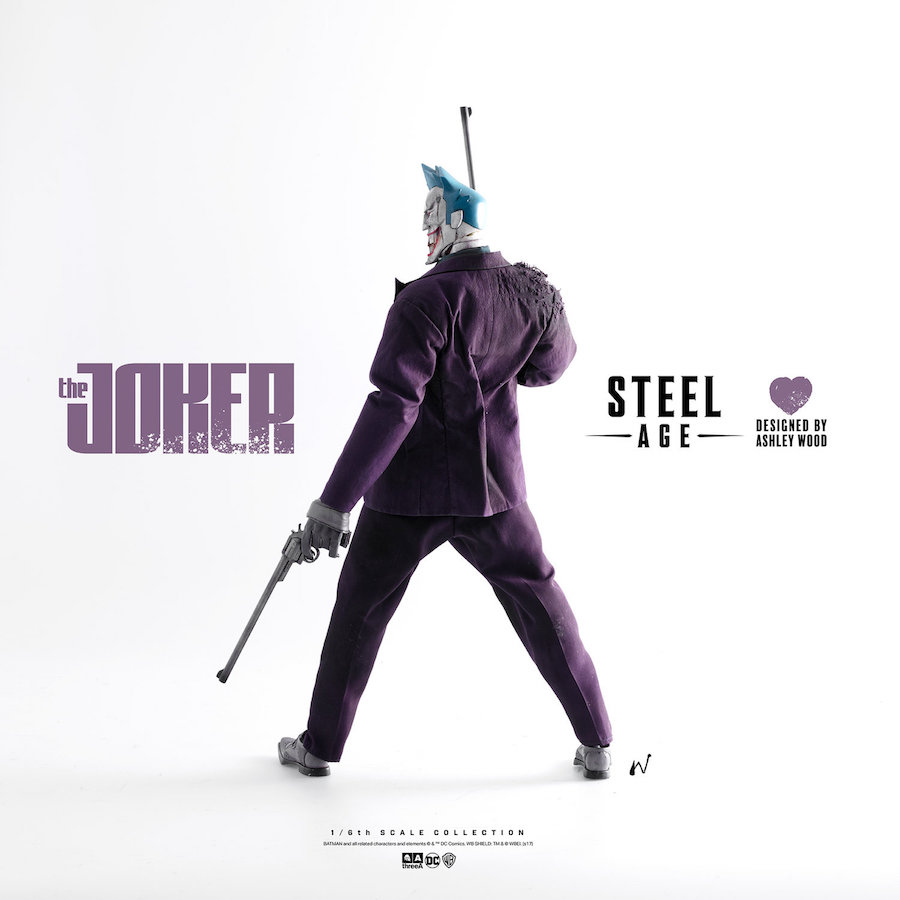 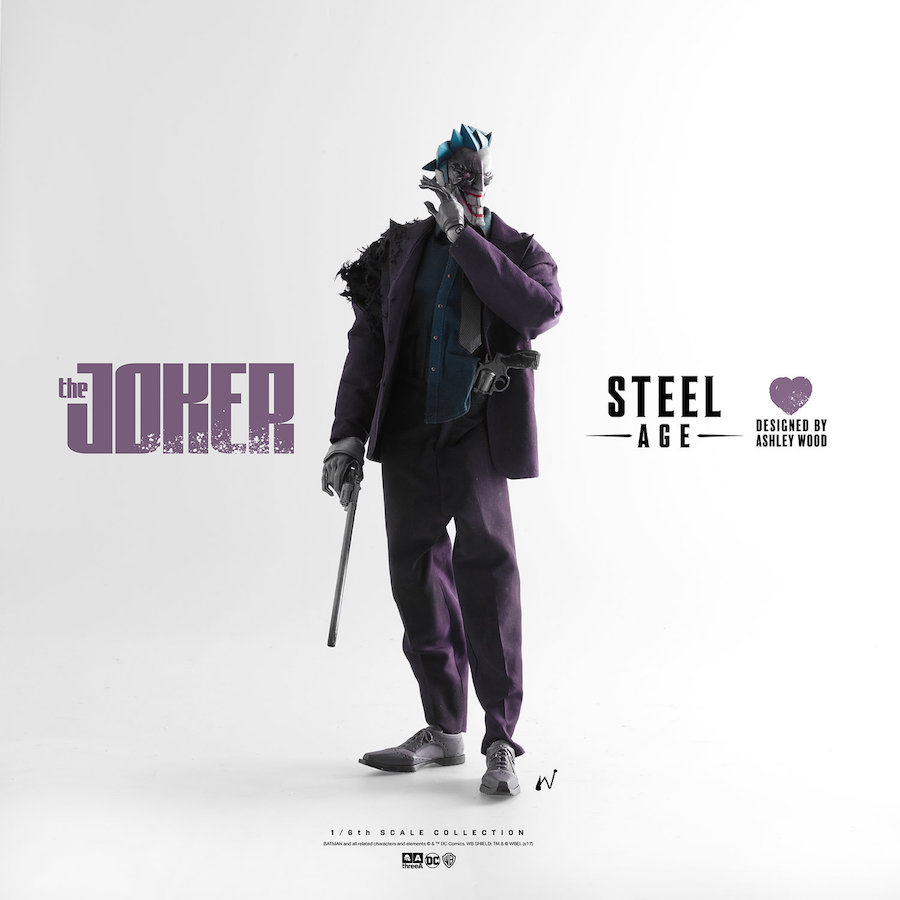 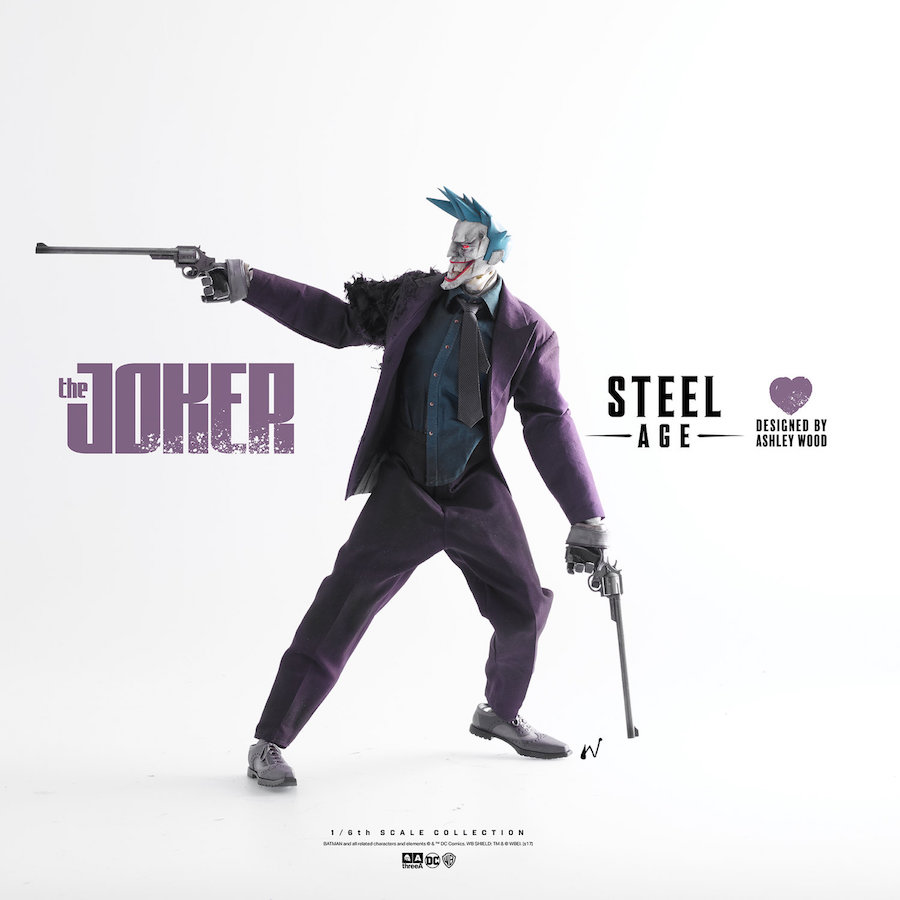 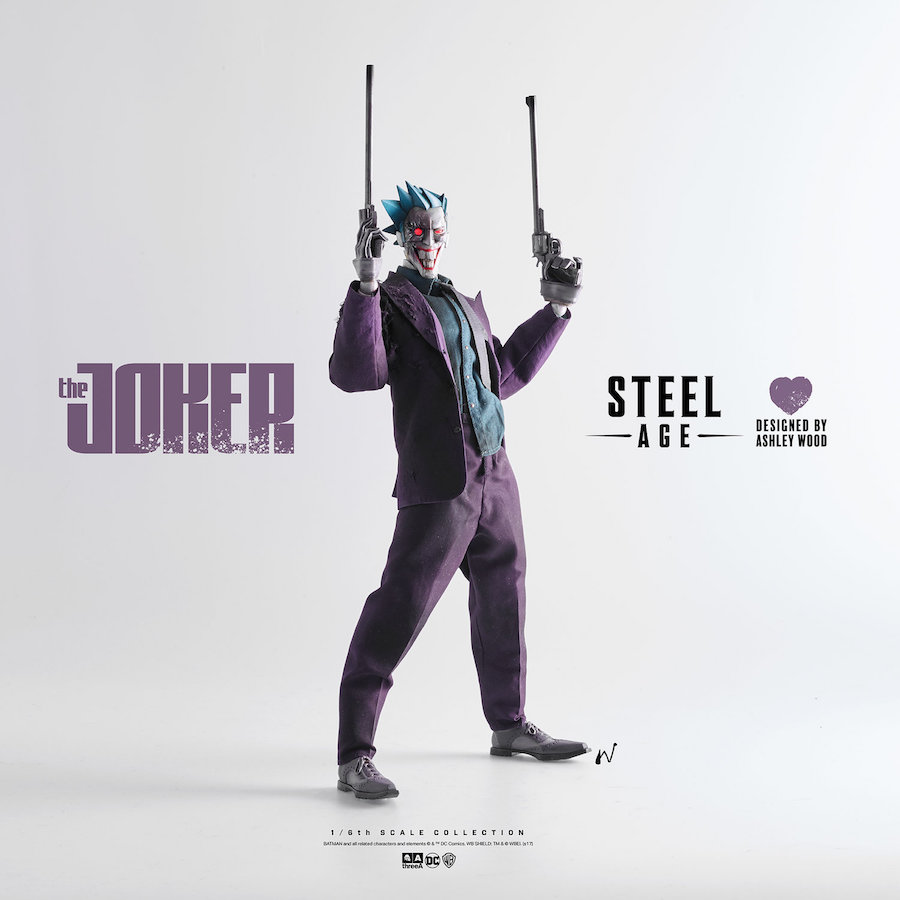 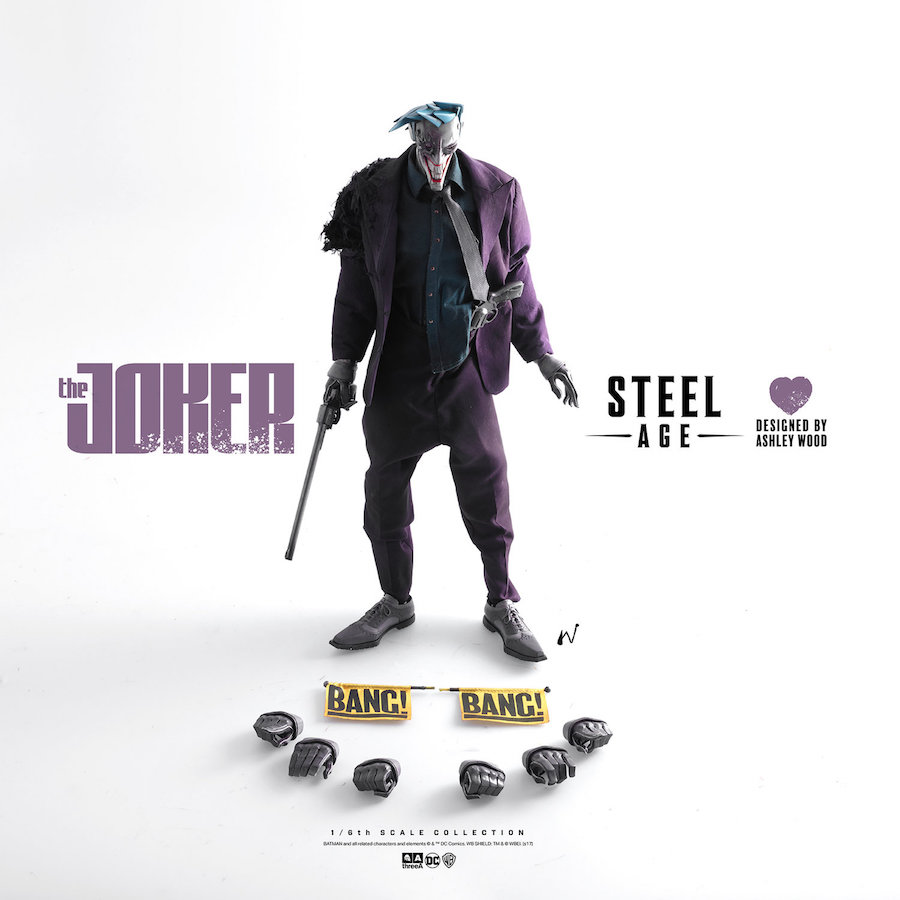 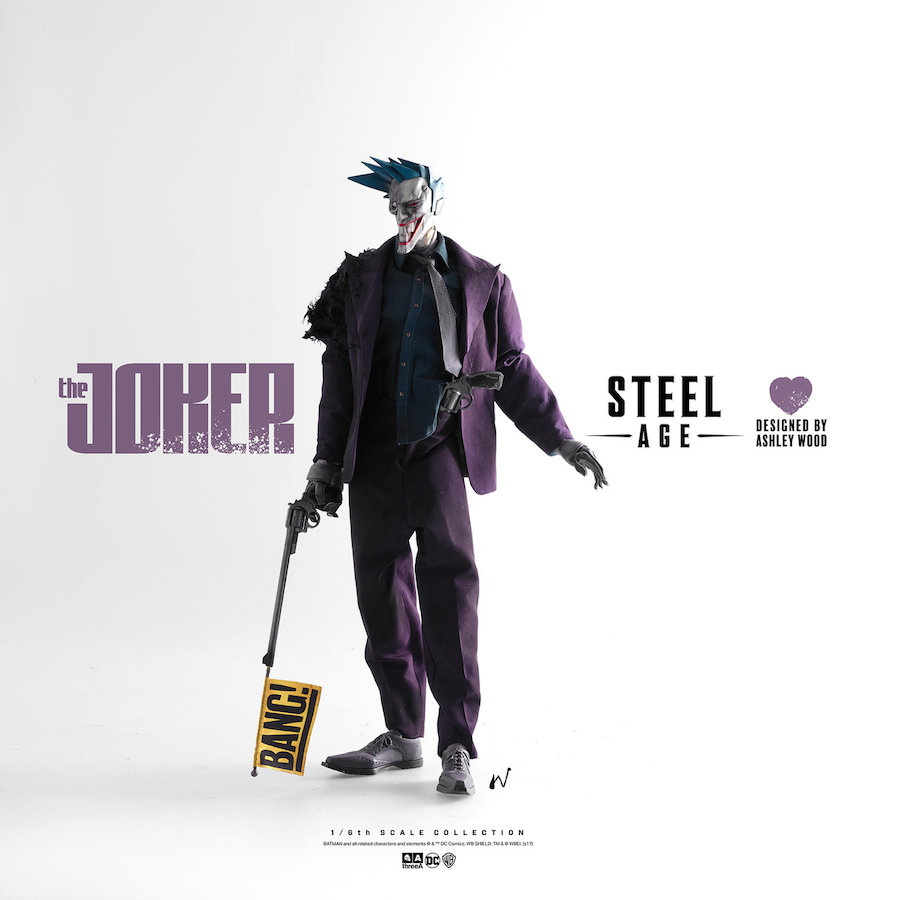 Trick or Treat from The Dominators to DC’s Legends