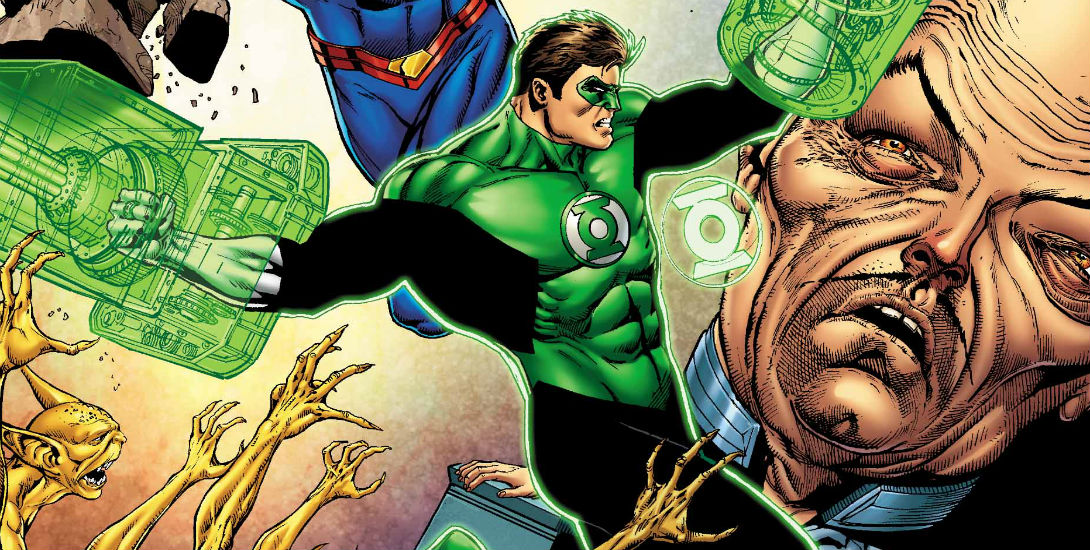 “MIND GAMES” part two! An alien plot forces Superman and Hal Jordan to work together to save one of Hal’s oldest adversaries. Hector Hammond’s life hangs in the balance as the Man of Steel and Green Lantern fight to return the psychic villain back to Earth.

It’s fun to see Hal and Superman team up and interact and validate an actual friendship.  The small personal touches are welcome, but it’s the ending with Hal at Carol’s house that stands out the most.  Hector’s mind controlled world dredged up a lot of memories and feelings for Hal to contend with.  His feelings for Carol are still there, but he’s just not sure how he’s going to go get her anymore.  It’s a very powerful scene as Hal knows what he wants, but just isn’t used to living in that normal world anymore and he’s admittedly a mess.  The sequence softens Hal’s reckless flight jockey characterization.

It’s worth noting that even Hammond is grateful for Jordan’s ability to save him.  There’s an undercurrent of respect that Hammond has for Jordan.  The issue looks great, too.  Patrick Zircher has a couple of really nice action shots in the fight to save Hammond as well as giving Hal’s emotional state life in the final sequence.

The only knock on this issue is that the resolution with Hammond feels slightly rushed.  But, that’s a minor quibble.

Big villains!  A-list team up!  Action!  But, it all comes down to one man’s love for a woman that makes this a standout issue.  Perhaps, someday Hal and Carol will find happiness together.