The story of Resistor, who’s making headlines all across the nation. And one reporter is determined to find out the truth—not simply to report it, but to find her missing father. A story of protest and power, love and loss, and an enigmatic, ever-changing hero. 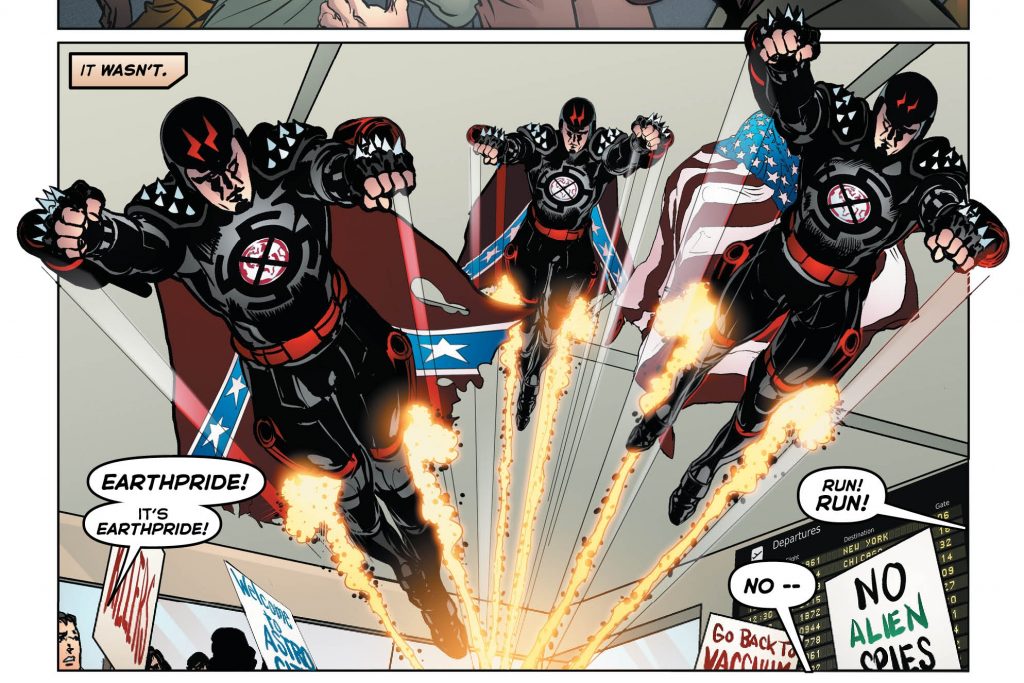 Like many of the best Astro City stories, things are turned on their head, as superheroes are relegated to the background and supporting characters are brought into the forefront – telling a story that anyone can relate to, even though it happens in a thoroughly unreal comic book world.

Lu Garneau is a reporter who is looking for her father, a scientist who also had a passion for peacefully protesting society’s ills. However, he eventually let this passion pull him away from his family. Lu has lost all contact with him and is searching to find him again. The need Lu feels to find and reconnect with her father is something readers can relate to despite the fantastic elements of his disappearance.

The idea behind Resistor is somewhat different from the typical superhero. Instead of having a hero with a defined alter-ego, a mysterious force or spirit chooses a person or people to become Resistor. This is similar to Marvel’s Captain Universe, but somewhat less randomly. With Resistor, it is only people with a desire to protect and defend people who are chosen. And they never initiate attacks, but only respond with a minimum of force needed for defence.

I also like the way that Lu’s father manages to keep his process for giving people super powers from being misused for selfish ends. Only those who want to defend the weak and helpless. It was especially amusing that he tricked a wealthy industrialist into funding his research, knowing that his backer could never use the process to give himself powers.

As is often the case with Astro City, the only drawback is that we only get a short introduction to characters and a concept that are strong enough to build an ongoing series (or at least a mini) around. But all to quickly, Busiek is onto the next story with new characters and situations.

This frequently leaves us hungry to see more of the characters introduced in the series, but on the other hand it keeps the series fresh and interesting. It has also allowed Busiek to do an amazing job of world-building over the history of the series. Plus, sometimes we do get to see favourite characters making reappearances in other stories. 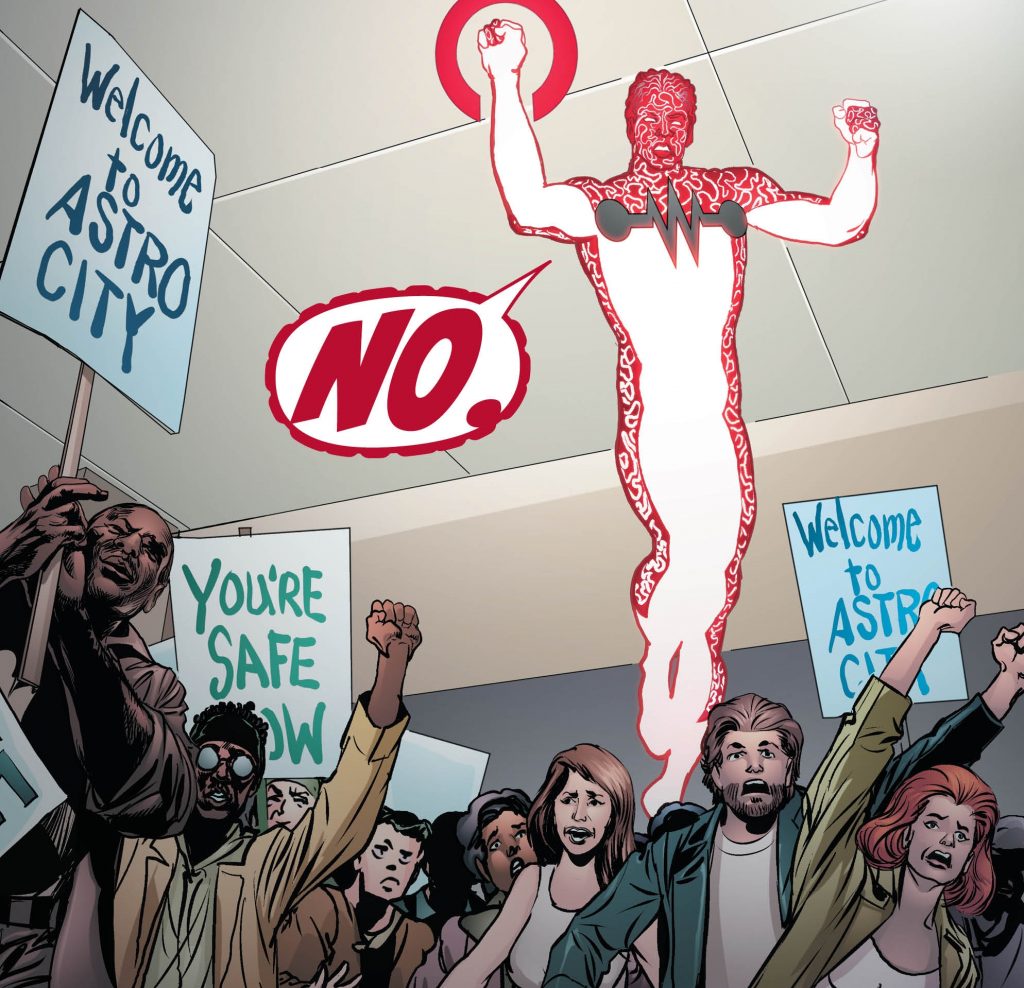 Astro City has garnered a lot of praise over its history – and it deserves every bit of it. Hopefully, Busiek will continue to take us on these visits to his city for years to come.