“Black Hole Rising” part two! Betrayed and broken, The Flash must come to terms with the damage he has caused his friends, family and city, and find a way to repair it…or risk losing those he loves most forever! 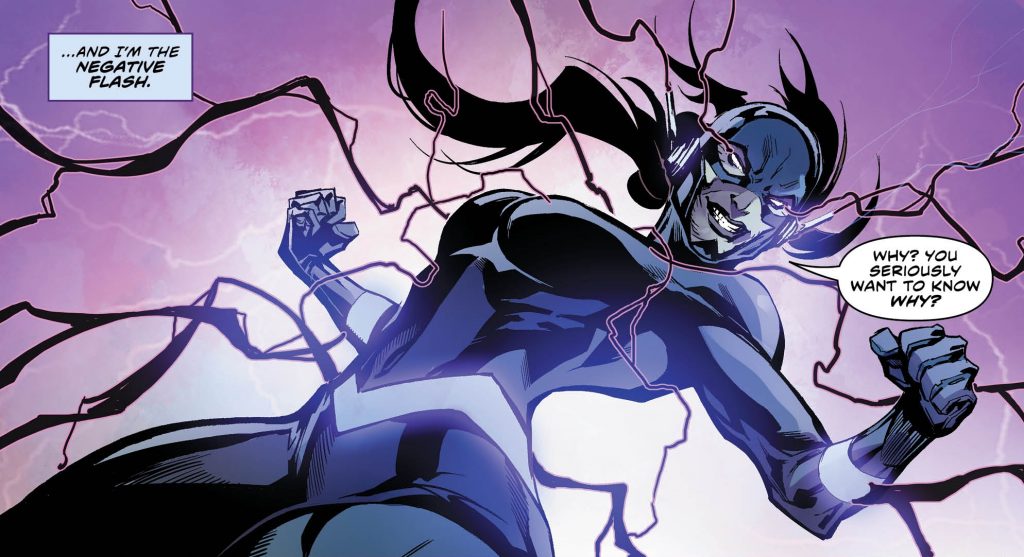 Even after being betrayed by former girlfriend Meena Dhawan, Barry still tries to save her from being killed by having both the Positive and Negative Speed Forces at the same time and also attempts to win her back over to the side of good.

Despite her turning on him, Barry is still more concerned with her welfare than his own. This demonstrates the irrepressible optimism and goodness of Barry Allen, putting everyone else ahead of himself. At least her stealing the Negative Speed Force from Barry has returned Barry’s powers back to their normal state.

On a happier note, Barry seems to have mostly patched things up with Kid Flash, Wally West (the younger one). It also seems that Iris and Barry are slowly working their way towards reconciling – which we know will happen, as we have gotten a peek ahead in last issue’s Dark Night: Metal tie-in.

We also get a couple tantalizing teasers about what lies ahead in Barry’s near future. First, we see that Meena is working for a new villain: Raijin, the God of Lightning, who claims to have caused the Speed Force lightning storm from earlier in the series.

Then we see Barry getting a call from Warden Wolfe, Barry’s boss. There has been a murder at Iron Heights, which is implied to be Kristen Kramer, Barry’s co-worker in the prison lab. 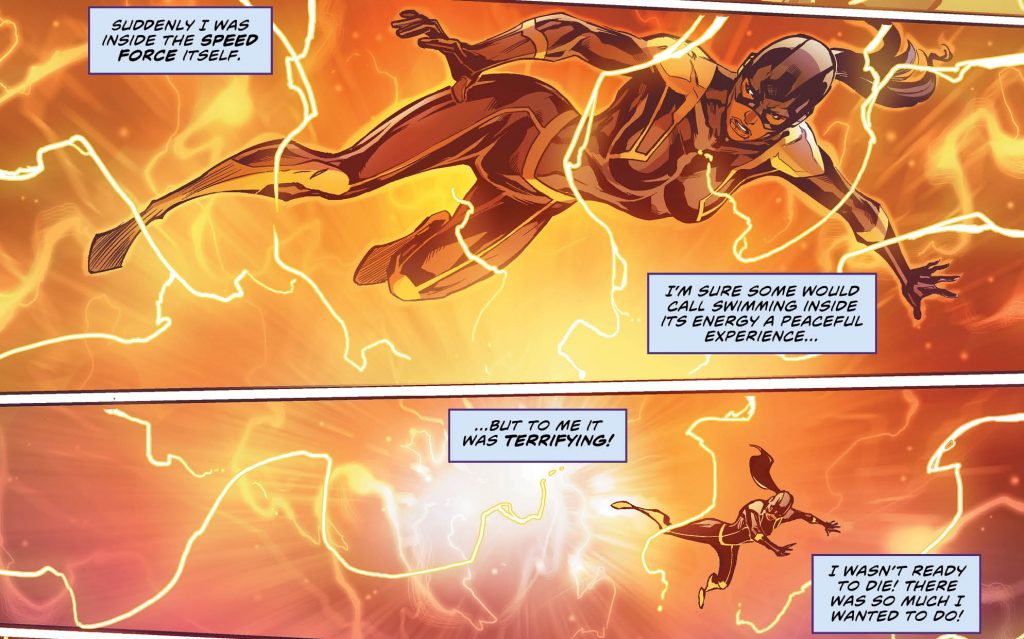 Meena’s turning evil seems rather sudden and it seems unclear to me whether it was her being trapped in the Speed Force that turned her against Barry, or if she had been secretly working with the Black Hole before that. Hopefully this will become clearer in future issues. 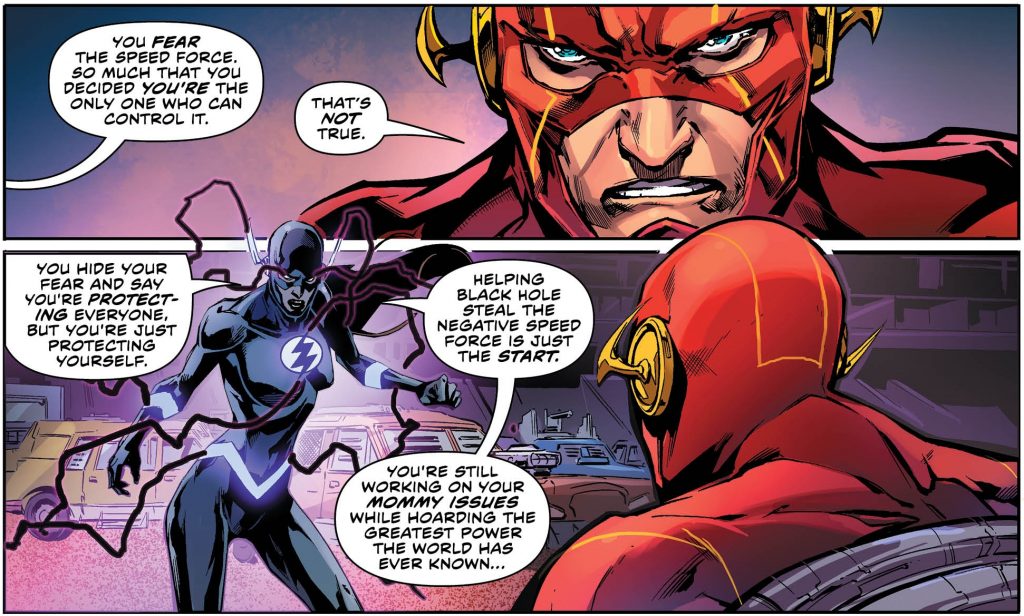 Barry is still working on getting his life back in order, but he still has a lot of trouble ahead. But Barry’s optimistic view of life is shining through, demonstrating his place as the heart of the DC Universe.