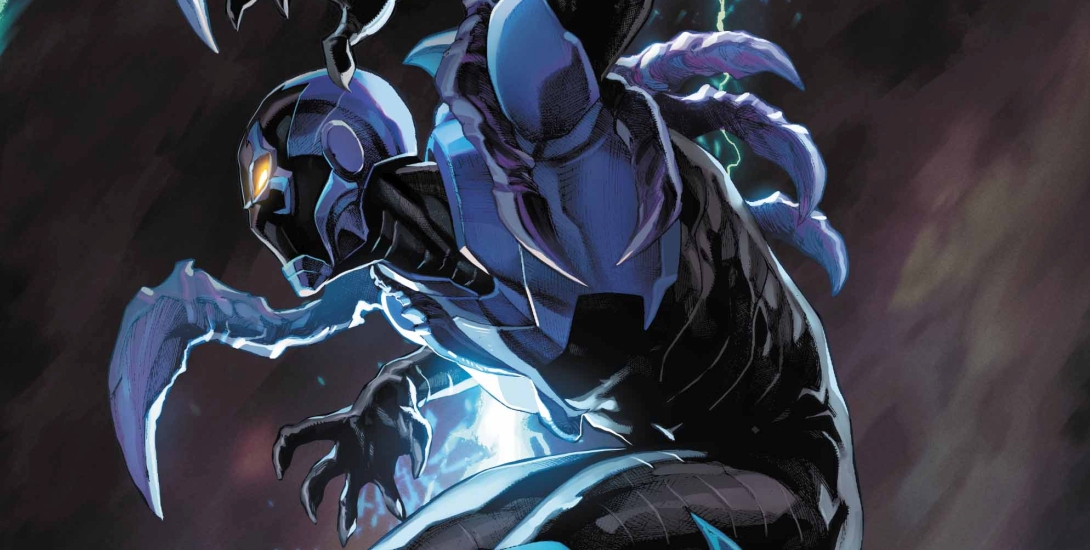 “Road Trip” part two! Blue Beetle finds himself away from home and up against the mysterious Short-Timers, time-traveling bandits who may have a more sinister purpose in mind than just robbery, one that could affect all of reality. As if Jaime doesn’t have his hands full enough, he’s got to try and do battle while keeping his super-hero identity secret from his new girlfriend, Naomi.

It used to be a very common occurrence in comics, where the hero would find himself encountering strange occurrences in a village or town that is cut off from the rest of the world. This issue hearkens back to those old stories, giving this story a bit of an odd nostalgic feel for those who remember that era.

Other than that, the story seems a bit too bizarre. Some unknown figure is reversing the aging of the town’s citizens until they are almost too young, then allowing them to age again until they are elderly, and repeating the cycle over and over? Wouldn’t it be simpler to decide on an optimal age and keep them at it. For example, reverse their aging every ten years to keep them in between 20 and 30? Why make them cycle all the way between being children and senior citizens? It seems a bit too convoluted.

It was just announced that the title is being cancelled, with three more issues to go after this one. Jaime’s vacation away from El Paso has taken him away from much of his supporting cast – especially Ted Kord, who is more of a co-star than a background character.

I didn’t mind that Ted would be absent for a few issues, but now that I know there are only a few issues left, it seems a criminal waste that Ted won’t be back until the final issue. I had hoped that sooner or later, this series would see Ted take up his Blue Beetle persona again, but it looks like that is unlikely to happen now – at least in the pages of this series.

Blue Beetle has been a fun book to read, but the current storyline seems a bit underwhelming due to the absence of Ted from the book. Unfortunately, with the end of the series looming, Ted’s return in a couple of months will come too late to put this book back on track again.