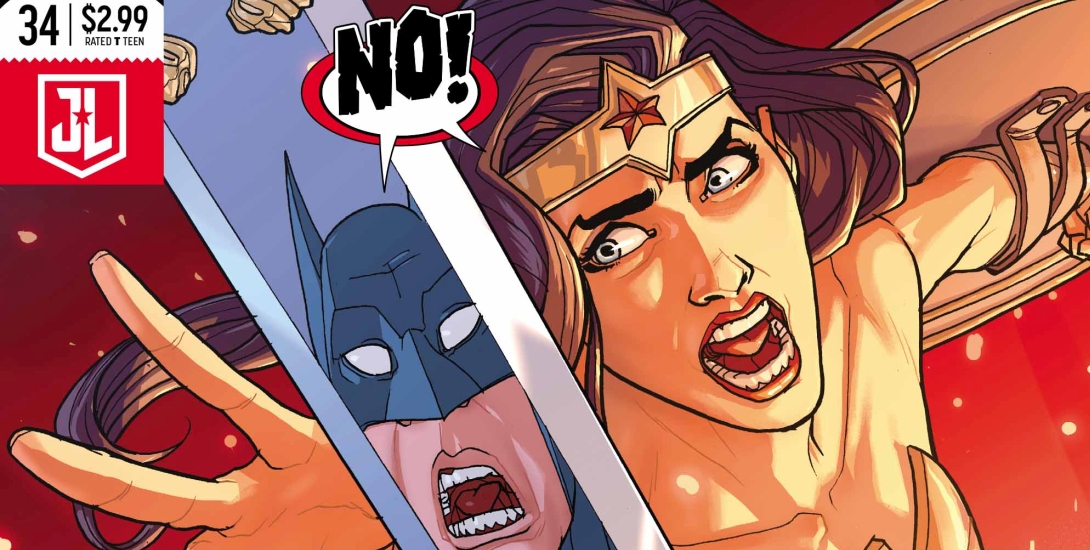 “LOST” part one! When the Justice League is confronted by three concurrent threats, a sleep-deprived Batman makes a crucial error that causes an unthinkable—and potentially unforgivable—tragedy.

This week, DC enters the post-Rebirth era and its foremost super-team starts the new era with a creative team change. Christopher Priest takes over the writing duties while Pete Woods handles the art.

And it seems that Priest is off to a good start. The story offers a fair amount of action and character moments. Instead of the typical story with the Justice League tackling one major threat, it finds itself faced with three, all of different magnitudes: an alien invasion, an earthquake, and a hostage situation. To combat all of them, the League must split into three teams.

However, between his solo adventures and his duties with the Justice League, Batman has been overextending himself. Exhausted, Batman fails to pick the optimal team members for each task, leading to civilian casualties that could have been avoided.

This leads to Batman questioning his usefulness to the team, and promises to lead to an intriguing exploration of his role in the League in upcoming issues as the team deals with the fallout.

It is a bit disappointing that there is little variation in the membership of the League as it enters a new era. Some new blood might have made for an interesting change. Although, Priest might be wanting to build up to any changes in the lineup, which would be a more natural way to do it than a sudden shake up.

There is one change, though – it seems that Mera is no longer on the team. While it is good to see Aquaman back in the League, it doesn’t seem like Mera had much chance to make her mark. Swapping her back out so soon makes her seem little more than a stand-in for Aquaman, which is a waste of her considerable potential. Perhaps she might make a return later, or find a place in another group like the Justice League of America.

If the new creative team can keep up the level of quality shown in this initial chapter, then we should be in for a very enjoyable run. I look forward to seeing what the post-Rebirth era holds for the Justice League.