Diana and Conan seek refuge in an impoverished town while the Corvidae set their plan of slaughter into motion.

The cover by Darick Robertson and Tony Avina is cool. I like that it has a darker color scheme, which looks great, while Wonder Woman’s costume is still very bright. 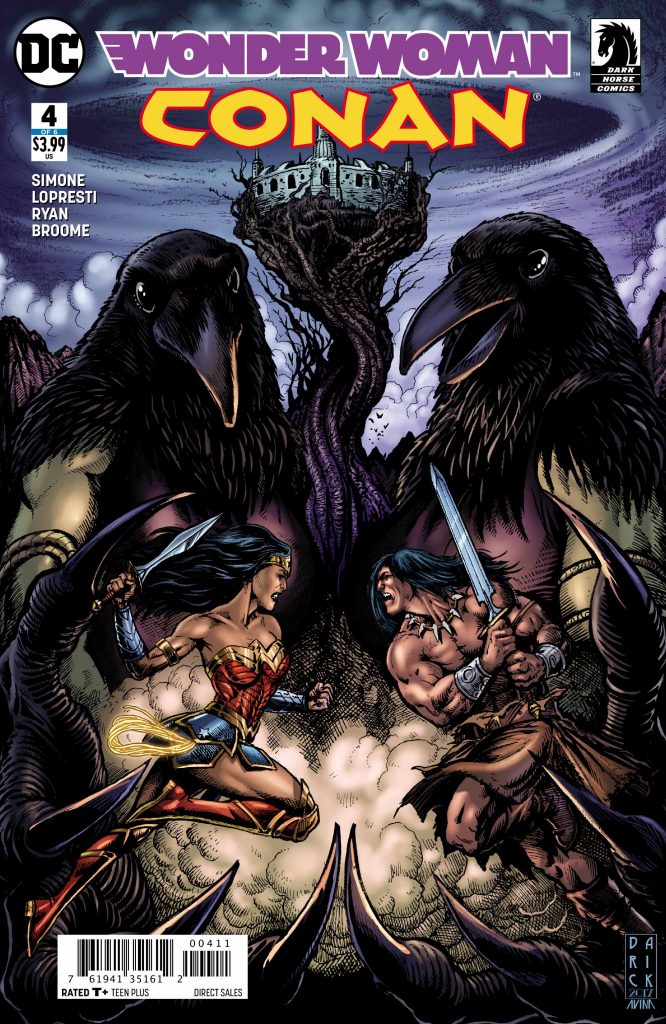 The interior art features pencils by Aaron Lopresti, inks by Matt Ryan and colors by Wendy Broome. Like the previous issues, this is a great looking book. The characters are expressive with a lot of detail. Broome’s colors are great as well. 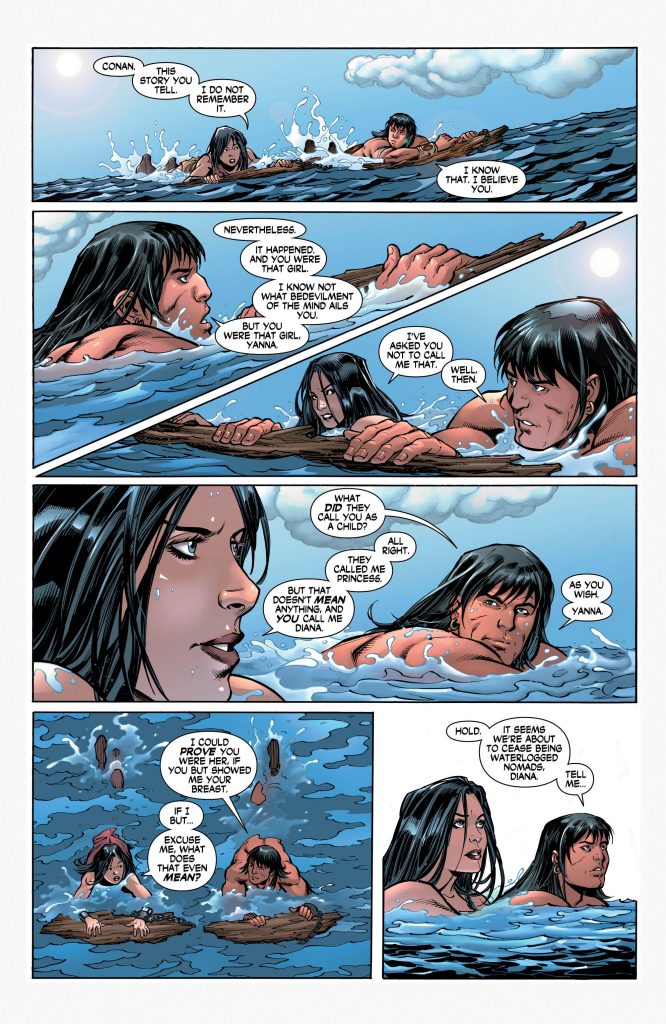 I like that most of the issue is focused on Diana and Conan just talking and figuring each other out. Gail Simone is one of the industry’s best writers in terms of dialogue, so it’s nice to have an issue that showcases quite a bit of that. Every character has a unique voice that gives them personality.

If you are a plot-oriented person, you might not love this issue. It is more character focused. I like that about the issue; it showcases Simone’s talent. But, in terms of plot, not a lot happens and I could see someone thinking the story has slowed down too much. Again, I like that; it gives the story some room to breathe with enough character work that I’m still invested.

Conan’s condescension towards Diana is fairly obnoxious throughout the issue. I think Simone is going for a Han Solo type with Conan; he’s constantly mocking her in the same way that Han would mock Leia. He refuses to call her by the name she prefers, Diana, and talks down to her quite a bit. It isn’t until the bar fight that he starts to call her Diana and show her some respect but he’s seen her fight before so I’m not sure what about the bar fight stopped his dumb attitude.

This is a solid issue. The art is great with expressive characters and solid colors. There is a lot of fun dialogue between the characters and I like that Simone has taken the time to let the characters just talk. My only complaint is some of Conan’s dialogue is obnoxious in terms of how he treats Diana but it doesn’t kill the issue. It’s an enjoyable read with fun characters and cool art.