“The Curse of Brimstone” ignites a New Age of Heroes 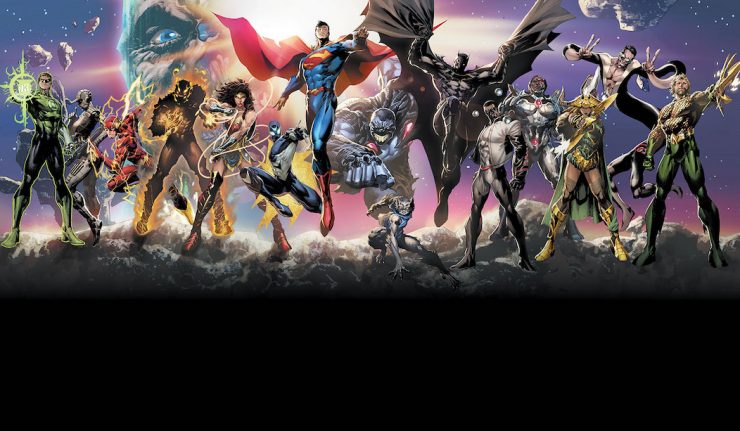 Among DC Comics New Age of Heroes “The Curse of Brimstone” has its creator Justin Jordan fired up by the characters supernatural potential for greatness!

DC Comics “New Age” of Heroes is nearly upon us! Springing out of the epic scope of the “Dark Nights: Metal” story arc, Justin Jordan is among some of the premiere talent at the legendary imprint on the verge of introducing the next generation of heroism. What we know so far is that joining the classic establishment will be an infusion of raw power, etherial legends and supernatural forces will be at work!

Jordan will be one of the writers on board to bring these new characters to the front. He’ll be ramping things up on Sideways which will be one of the direct consequences to come out of “Dark Nights: Metal” conclusion, but another one of Jordan’s creations may hold the power to burn the planet down to a cinder! Thus is The Curse of Brimstone when Joe Chamberlain learns that he may well have made a pact with the devil, in order to save the soul of those he loves!

Burning Down the House!

At this past season’s New York City Comic-Con, Jordan sat on the panel discussing the upcoming DC’s New Age of Heroes spring enterprise, which is set to launch later this month, and revealed what he could about Brimstone a character promising to be unlike anything readers have seen before. Jordan revealed that Brimstone is unlike its contemporaries in that it’ll revisit a genre that’s been left largely ignored in recent books — and that’s the horror book.

Among one of the trends publishers attempted in the in-between time the Golden Age of comics and its resurrection in the Silver Age, was the horror genre, which made stars of serial killers and classic movie-show monsters including Dracula, the Zombie and even Frankenstein. “The Curse of Brimstone is actually kind of a superhero horror book,” Jordan admits, including, “[it’s] a very personal sort of book.” The author who hails from rural Pennsylvania was inspired by his home.

Most of those rural areas of the United States, mostly coal country, is governed by the dominating industry as factories moved in, and then moved out, and were eventually depreciated when nothing else moved in. “It’s a dying area,” said Jordan, “and most of the US by geography, is that, but that is not what we see in superhero comics.” Such desperate circumstances lead to the rise of reactionary nationalism and especially white nationalist politics and social conflict.

“I see these people making decisions that I think are bad for them,” continued the author, “and I was like, ‘what drives people to make those kinds of decisions?’ and I don’t think in fiction, especially in comics, that has been real accurately portrayed.” Jordon sees the horror genre as allowing him to put a lens on those types of themes. “I think horror works well when it’s examining real things and real fears.”

Our hero is a Joe Chamberlain is a young kid who grows up with few options, and even fewer means for getting out of his town. With few prospects along his path, The Salesman — a mysterious stranger — comes into town and makes Joe an offer he can’t refuse. Joe agrees to The Salesman terms which come with the condition that he must become the “agent” for the people that he works for — and becomes cursed into becoming the creature known as Brimstone!

The power itself is evil, but Joe is convinced that he will use it for good, especially against The Salesman, but is Joe strong enough to control the supernatural forces at work here? Is Joe strong enough to turn the dark nature of Brimstone’s might toward the light? Though there have been other characters in the DC Comics Universe who have been named “Brimstone”, their fates are not connected to this hero of the New Age.

The Curse of Brimstone #1 is due to set newsstand ablaze when it hits stores April 8!